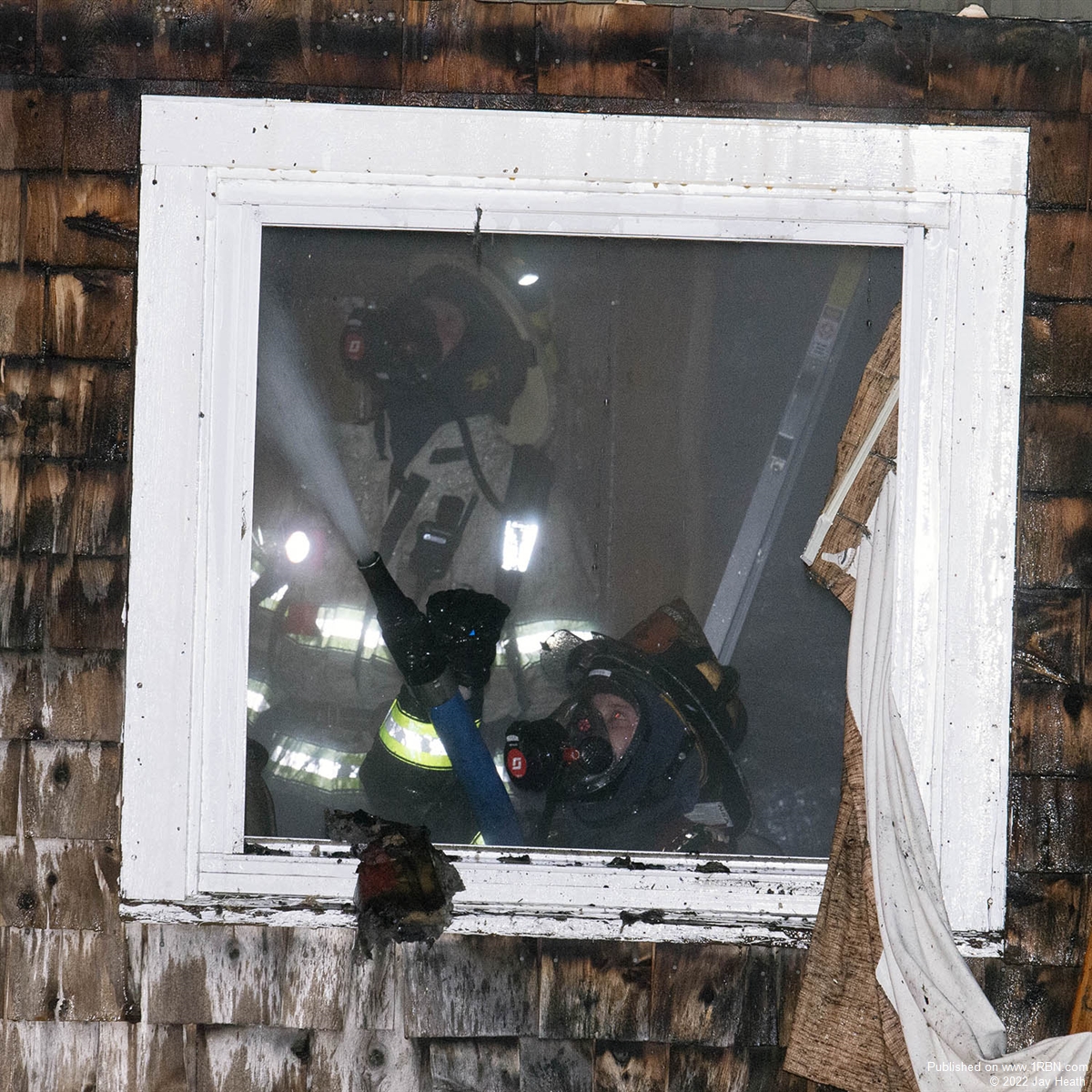 Photo by Jay HeathA Tilton firefighter works on the line in the back room of the house where the heavy fire was coming from. 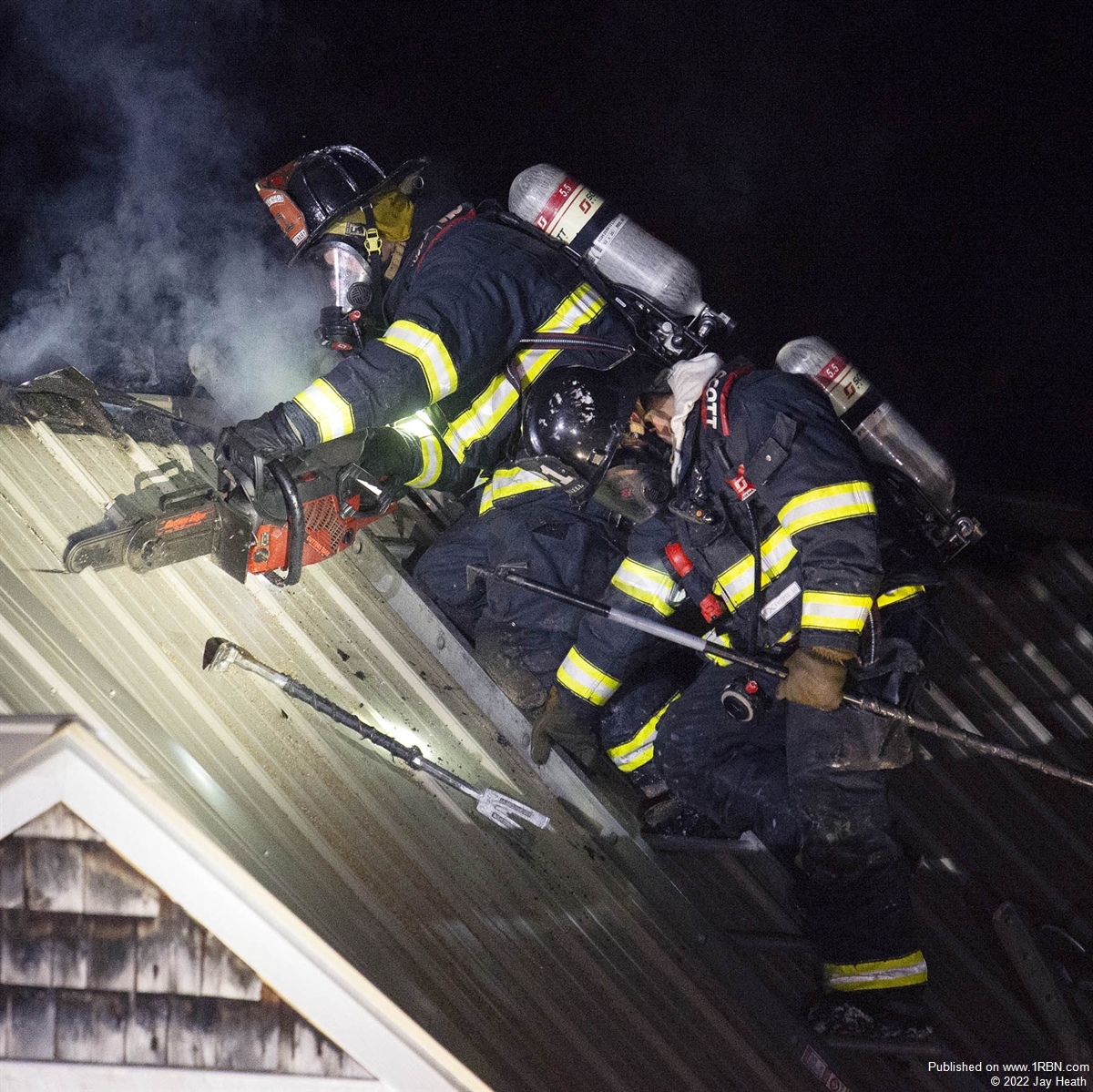 Photo by Jay Heath Tilton firefighters open up the roof. 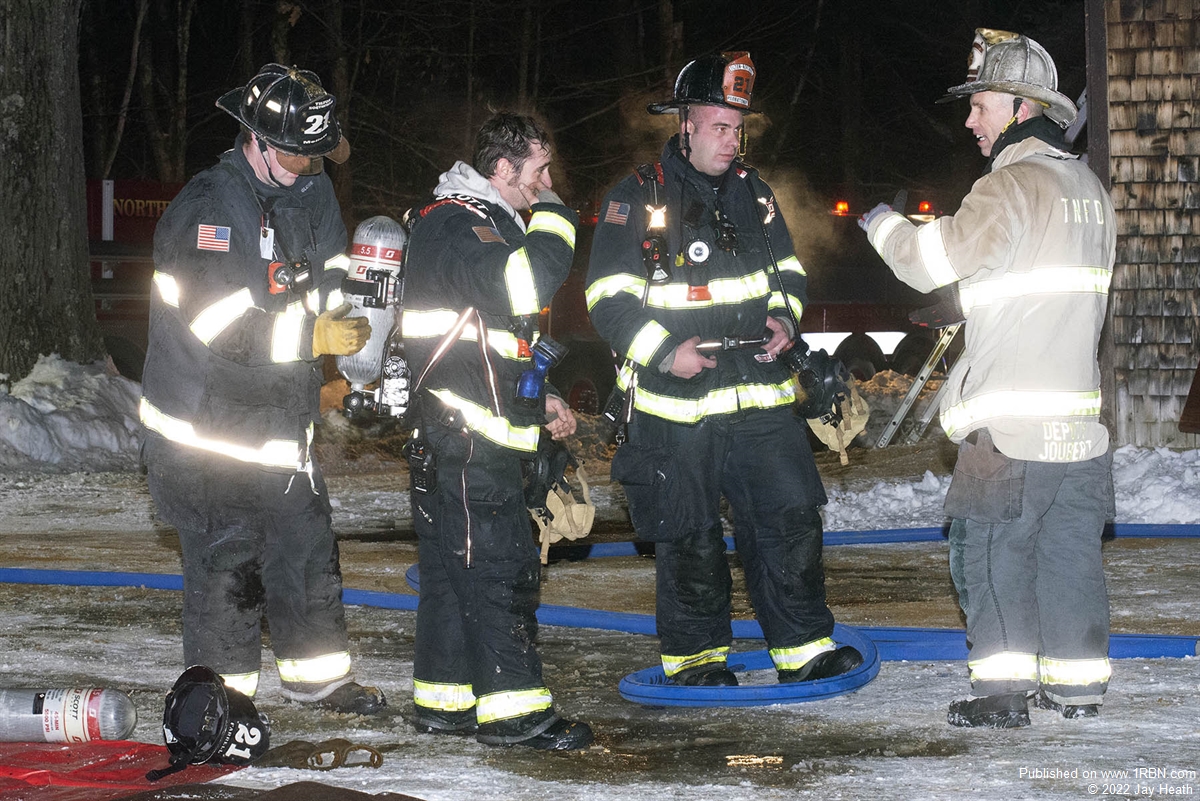 TILTON, NH - The Tilton/Northfield Fire Department with automatic mutual aid was dispatched to a house fire at 7:30 P.M. on January 12th. Lakes Region Communications reported a house on fire and that all occupants had escaped from the home.

First due Tilton Engine 2 reported heavy fire showing from the rear of the house and a second-alarm was transmitted, bringing additional tankers to the scene.

Firefighters made for a quick knock down in a back room of the house, with some extension to the roof line area. The fire was under control within one hour. One firefighter was transported to the hospital with minor injuries.