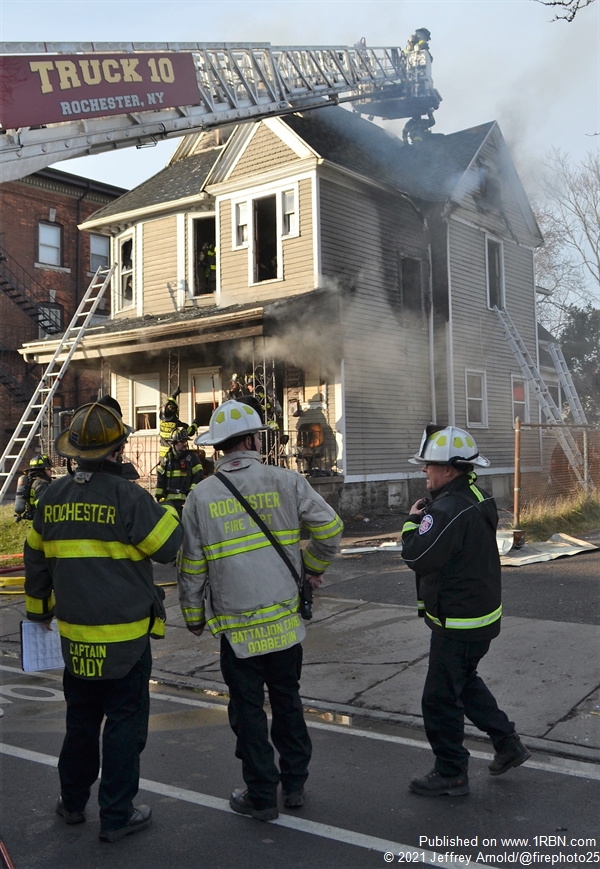 Photo by Jeffrey Arnold/@firephoto25House fire on Lyell Avenue in Rochester.

Rochester, NY - On Wednesday, January 13th at approximately 3:00 P.M., firefighters from Rochester Fire Department's Engine 5 firehouse were alerted to a fire at 458 Lyell Avenue, next door to the station.

Crews found smoke and flames coming from a large two-and-a-half story duplex. There were initially reports of people trapped, but everyone in the structure was later accounted for.

A total of eight people were home at the time of the fire, two of which were injured after jumping out of second floor windows. They were transported to the hospital for treatment of burns and lower extremity injuries.

The blaze was brought under control in about 40 minutes. The cause of the fire remains under investigation.