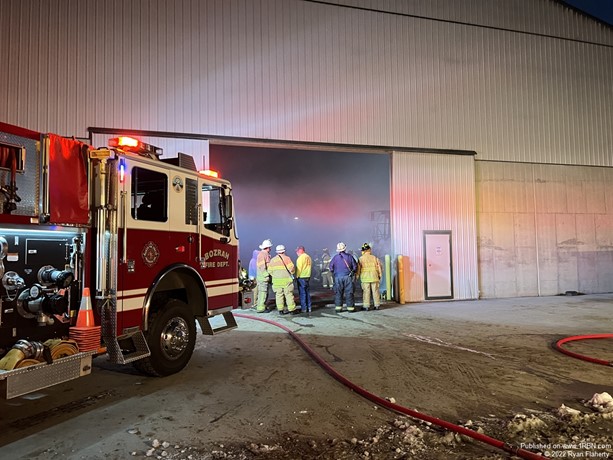 Photo by Ryan FlahertyLadder 126 was able to prevent the fire from extending to the structure. 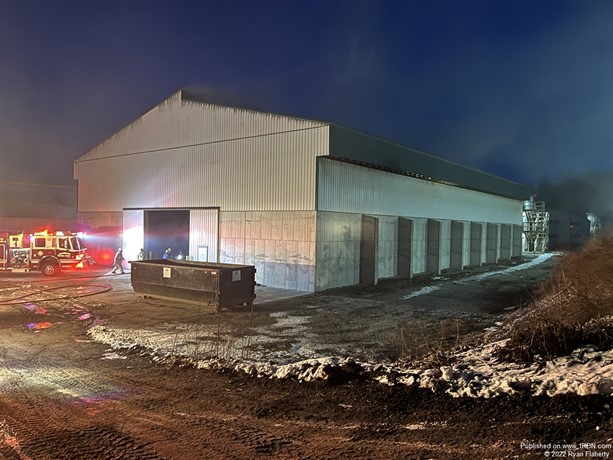 Photo by Ryan FlahertyThese buildings are massive chicken coops that have had fires in the past. 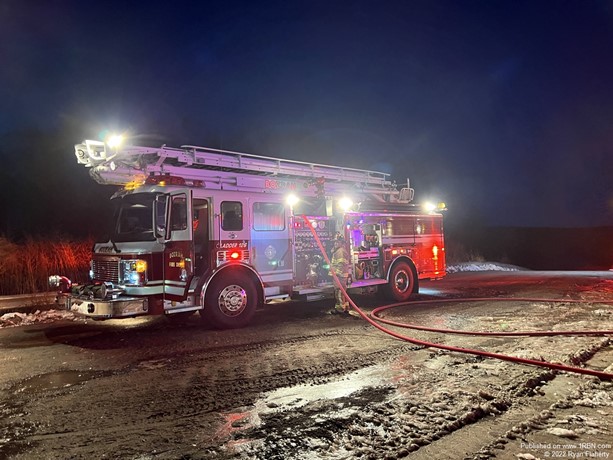 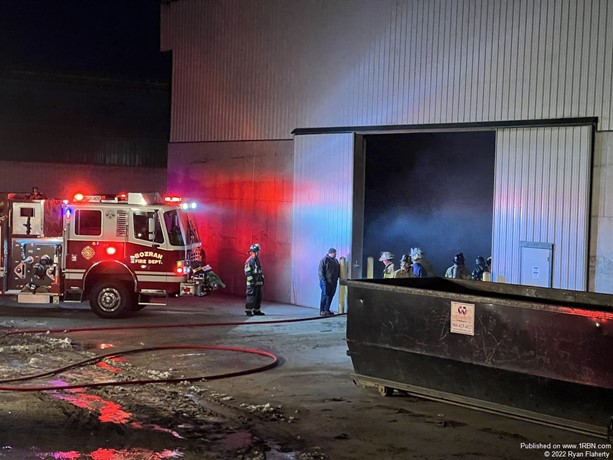 BOZRAH, CT - At 6:09 A.M. on Monday, January 10th, the Bozrah Fire Department with mutual aid from Colchester, Yantic, Gardner Lake, Salem, Scotland, Laurel Hill and FASTs from Mohegan Tribe and Taftville, were dispatched to 17 Schwartz Road, Hillandale Farms, for a payloader fire inside of a building. Ladder 126 arrived at 6:23 A.M. and confirmed a payloader to be well involved inside of an approximate 600-foot long building. The crew from Ladder 126 stretched a one-and-three-quarter inch cross-lay and knocked the fire. Engine 126 provided support while their Tanker nursed the Ladder. All mutual aid staged in the lower parking lot and were returned shortly after since the fire did not extend to the structure. The Bozrah Fire Marshal’s Office is investigating.