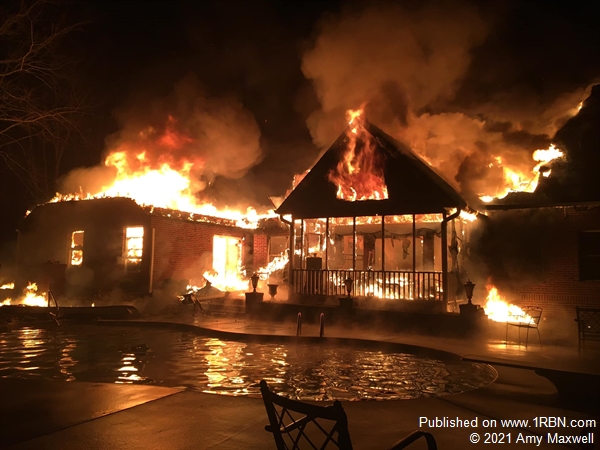 Photo by Amy MaxwellFront of the home. 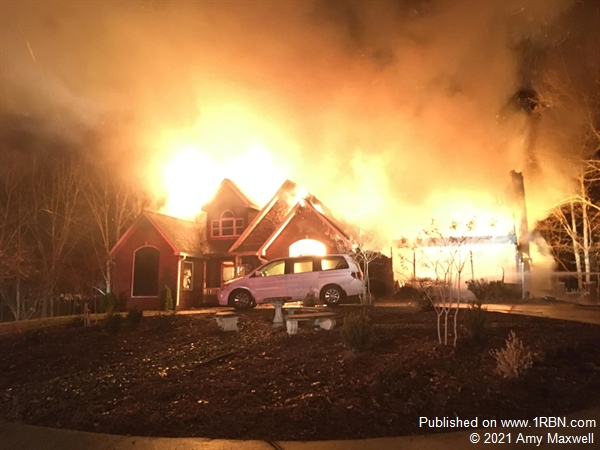 Photo by Amy MaxwellAnother front view of the house. 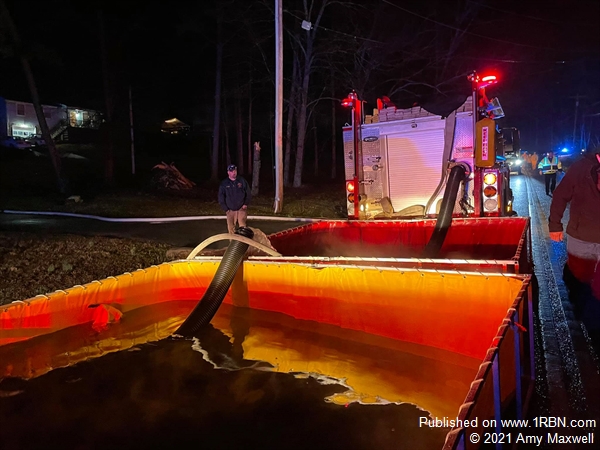 Photo by Amy MaxwellTank shuttling water to the fire scene. 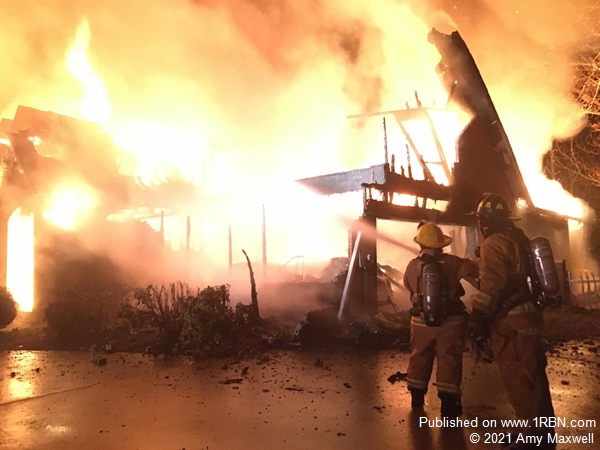 Chattanooga, TN - At 9:45 P.M. on January 7th, a homeowner made a frantic 911 call reporting that the garage was on fire. Highway 58 Volunteer Fire Department responded to 6711 Gamble Road and arrived on the scene reporting a garage fully involved with fire and traveling quickly throughout the house.

Fire officials immediately requested a Mutual Aid response for additional water tankers to the scene due to the closest fire hydrant being two miles away, as well as the homeowner’s driveway being a quarter of a mile up a steep hill.

Fire officials worked quickly to get water on the house with the water tankers on the scene. Additional manpower and fire apparatus responded from Bradley Co. Fire Rescue and Tri-Community VFD. Chattanooga Fire Department, East Ridge Fire Department and Mutual Aid Chief Mike Williams stood by at the Highway 59 station for any additional emergency calls.

Fire officials reported that the homeowner's teenage son was working on his four-wheeler in the the garage when a spark ignited the fuel from the four-wheeler. It did not take long for the fire to consume the garage.

No injuries were reported, but HCEMS was on the scene for any potential injuries to fire personnel. Fire officials report that the cause of the fire appears to be accidental. Damages will be over $750,000.

The displaced homeowners will be staying with family members, as the home is considered a total loss.