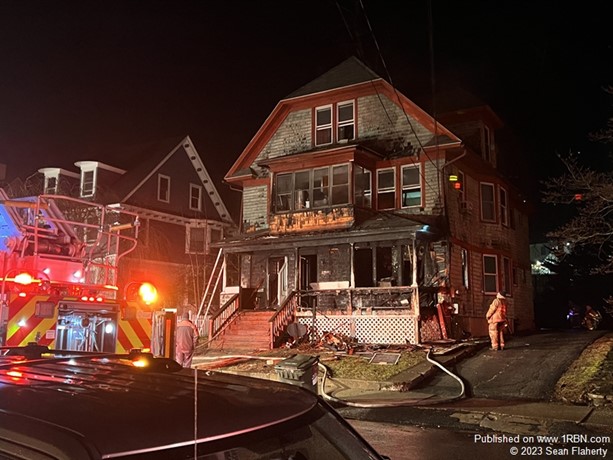 Photo by Sean FlahertyThe front porch was well involved when Squad A arrived. 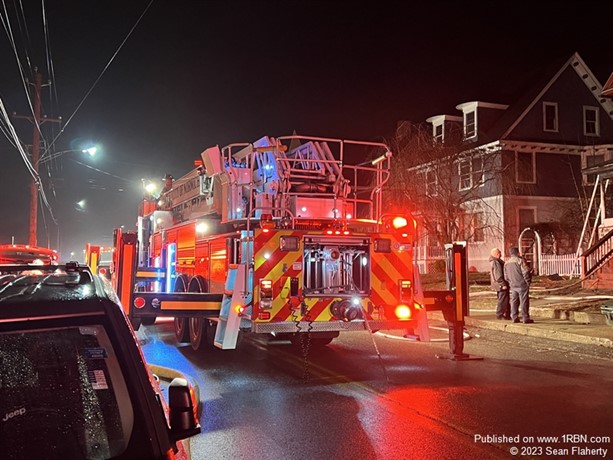 Photo by Sean FlahertyTruck 1 set up in the front. 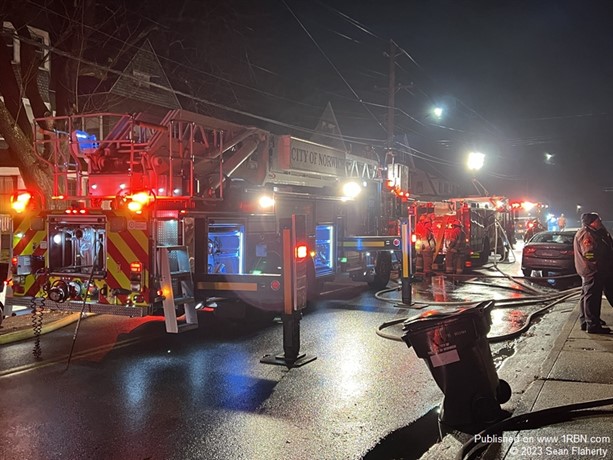 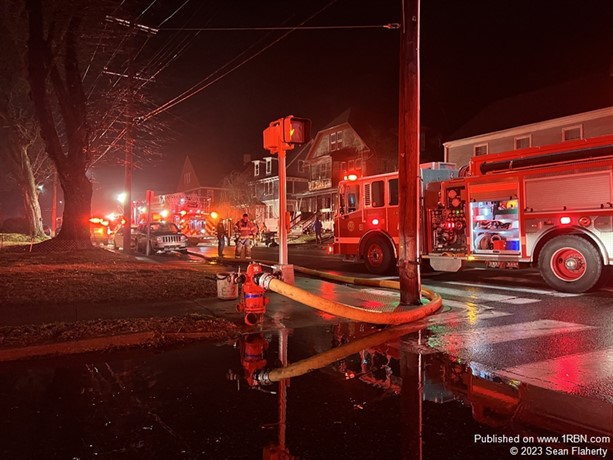 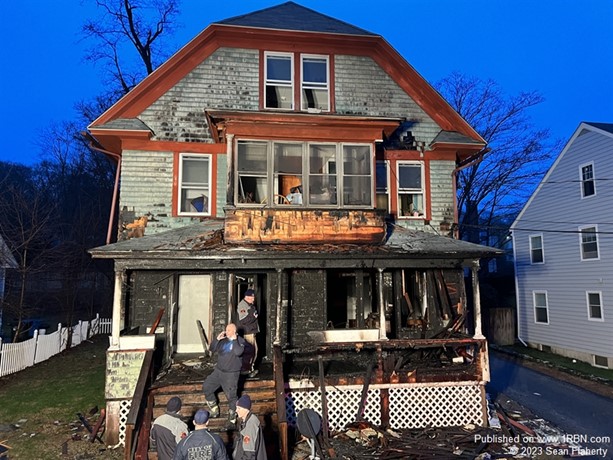 At 3:18 am on Wednesday, 1/4/2023 the Norwich Fire Department with automatic aid from Yantic Engine 33 and Taftville Tower 25 were dispatched to 139 McKinley Avenue for a porch fire. While responding, Norwich Dispatch said they were taking multiple calls so the working fire assignment was filled out adding Laurel Hill Engine 62, East Great Plain Rescue 5 and the Mohegan Tribal FAST. Squad A had just cleared a medical and arrived at 3:21 reporting fire showing from the front porch which had extended into the first floor.

The Squad’s Captain did a quick search of the second and third floor alerting the occupants that the home was on fire and made sure they got out safely. The remaining crew from Squad A quickly deployed an 1.75” hose line. They knocked down the bulk of the fire on the exterior and then advanced into the first floor. Truck 1 set up in the front and deployed their aerial while overhauling the front of the building. Engine 2 established the water supply and then went to the third floor to check for extension. Engine 3 stretched a hose line to the second floor and began opening up.

Engines 33, 62 and Tower 25 staged on McKinley Avenue and covered the city. Rescue 5 performed the secondary search and filled air cylinders. There were no injuries and the Norwich Fire Marshal’s Office is investigating with assistance from the Connecticut State Police Fire and Explosion Investigative Unit.