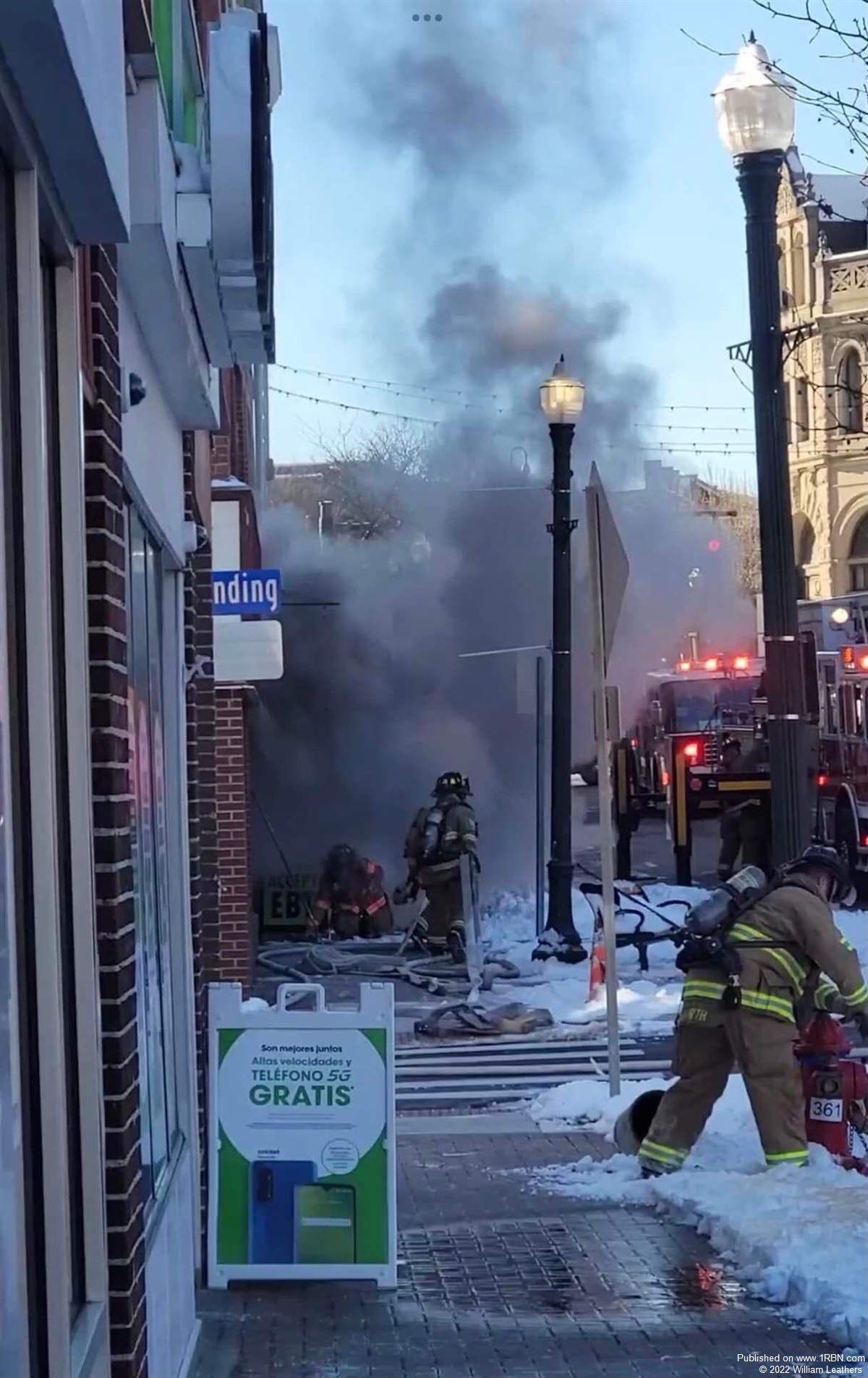 Photo by William LeathersCrews encountered a heavy smoke condition once the front door to the store was opened. 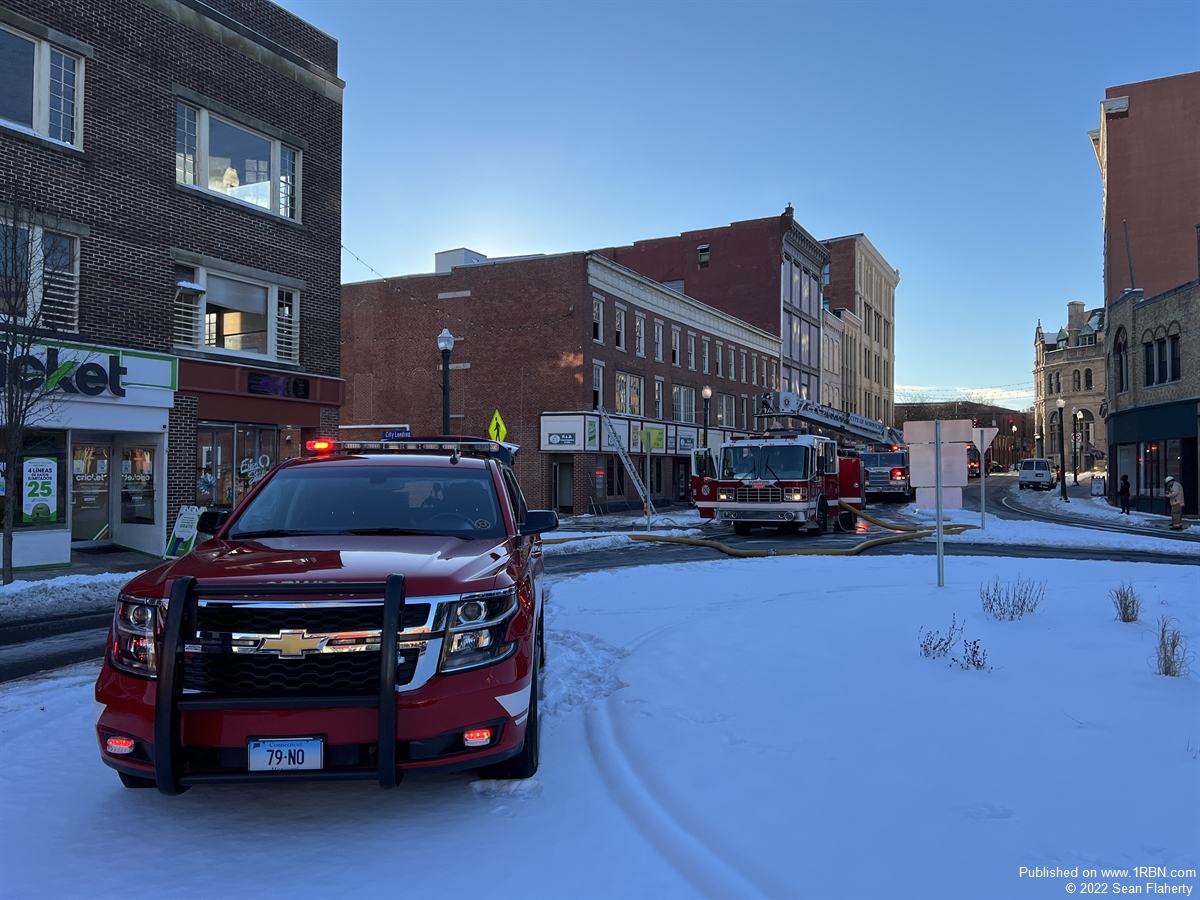 Photo by Sean FlahertyBattalion 1 had command and Squad A was first due. 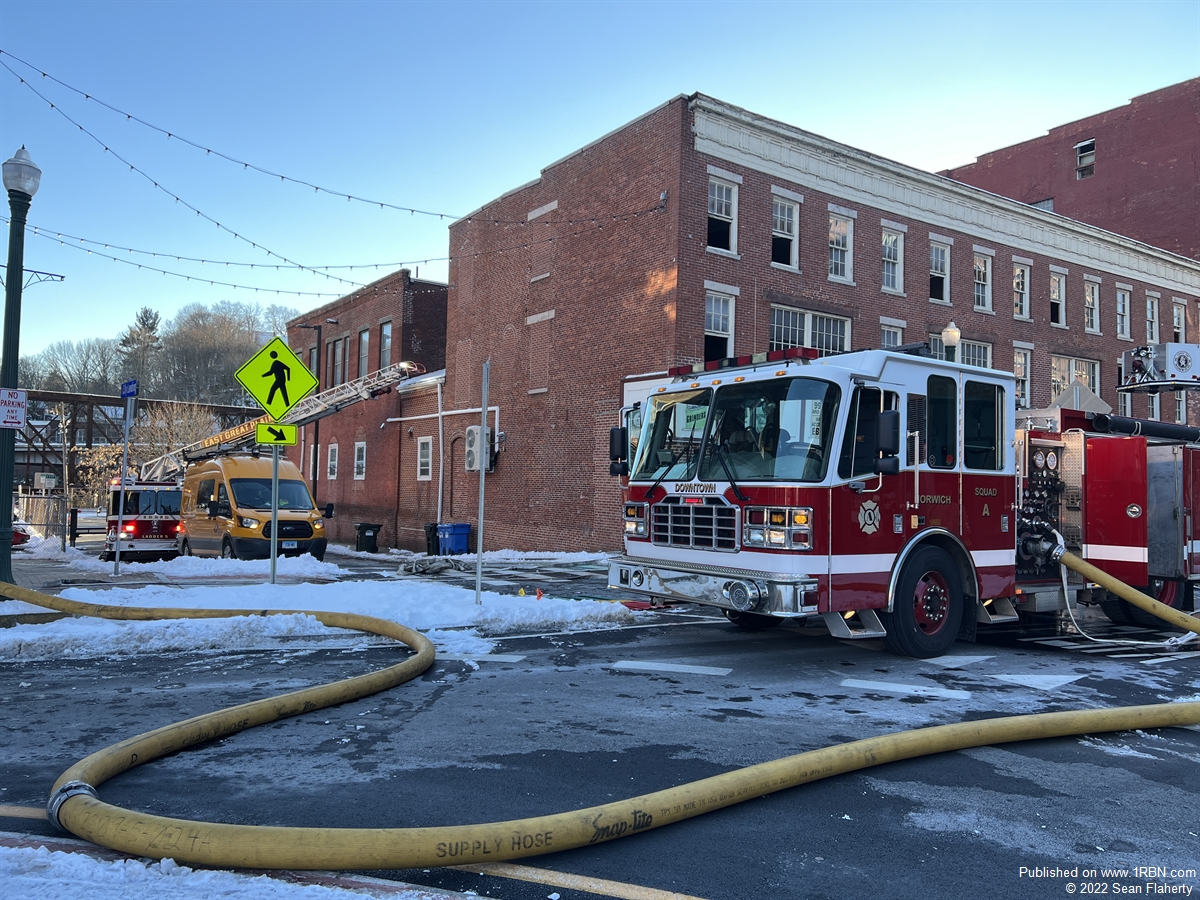 Photo by Sean FlahertyThe Squad had a hydrant right in front of them. 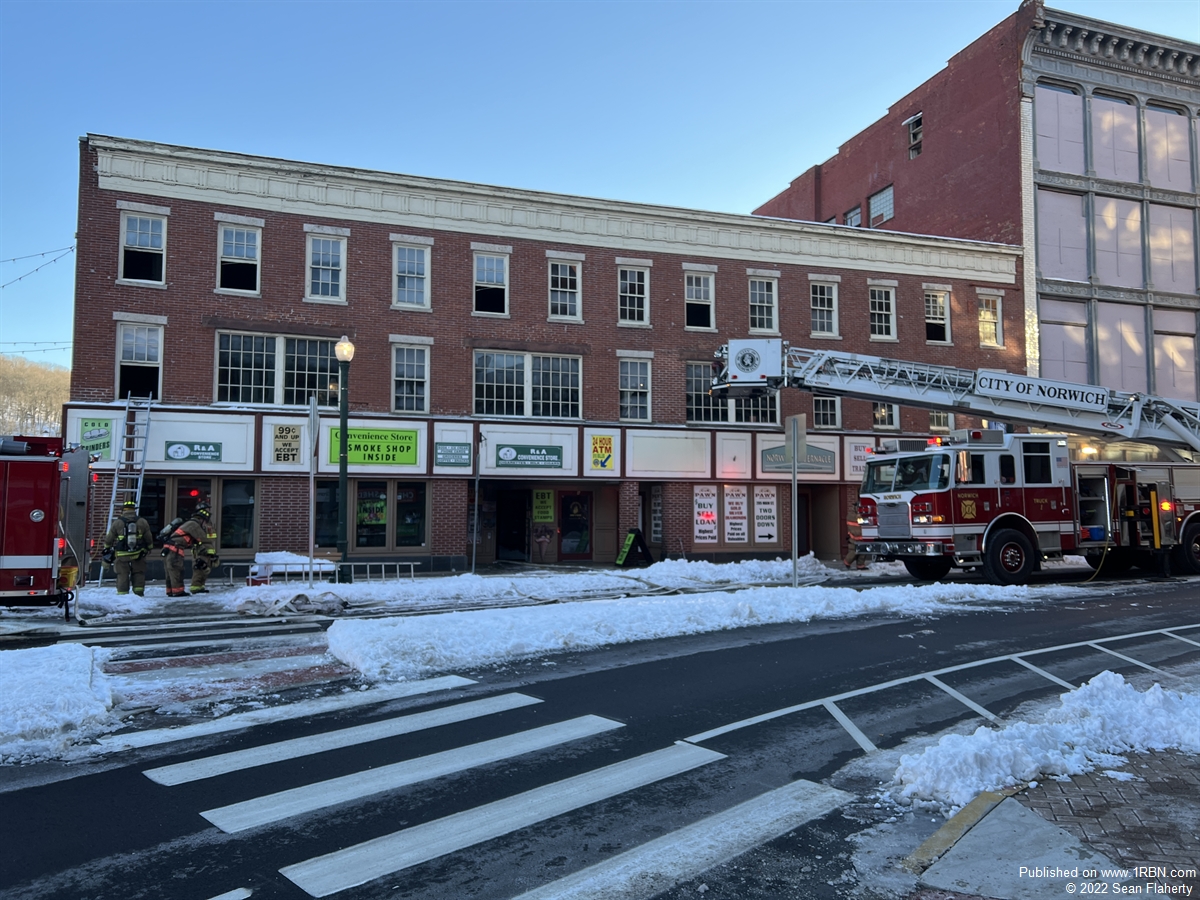 Photo by Sean FlahertyTruck 1 positioned in the front. 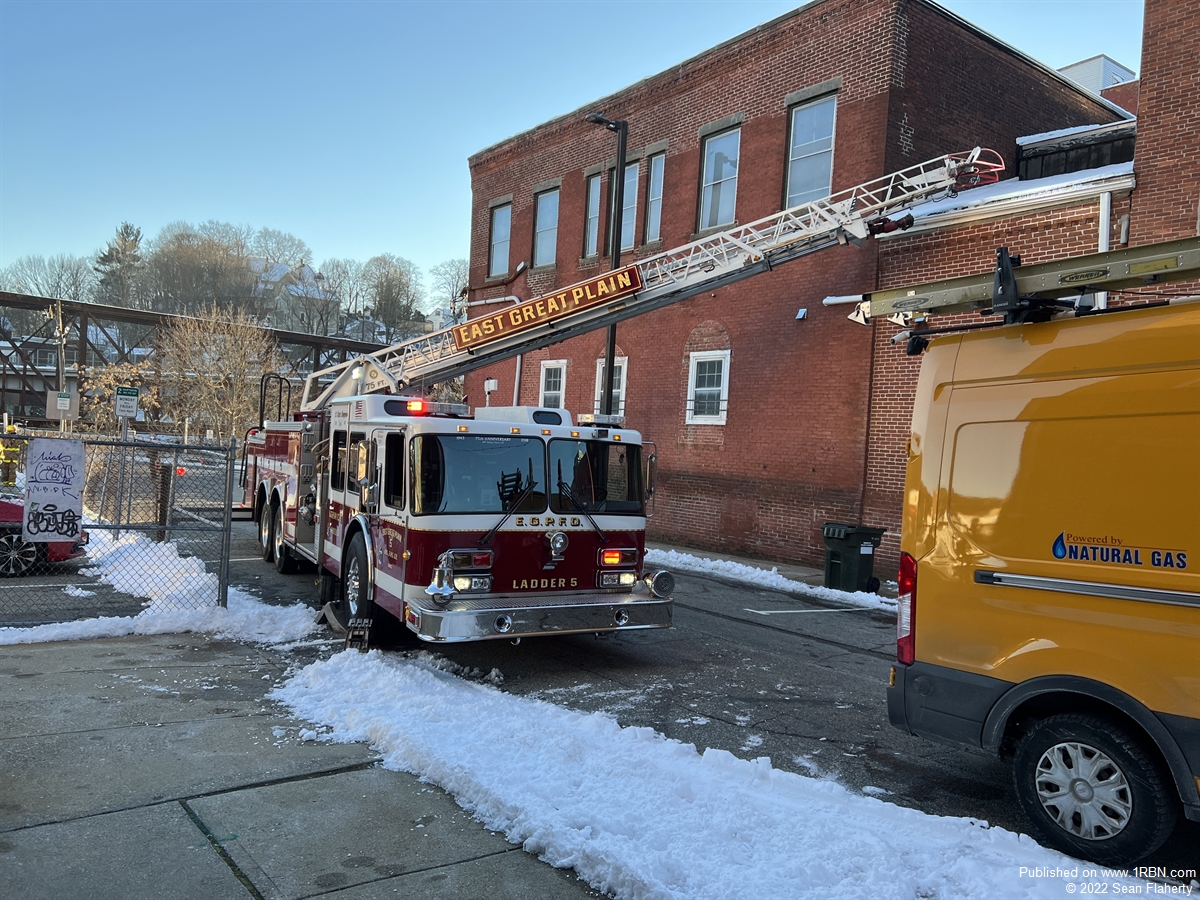 Photo by Sean FlahertyLadder 5 positioned on the Bravo side. 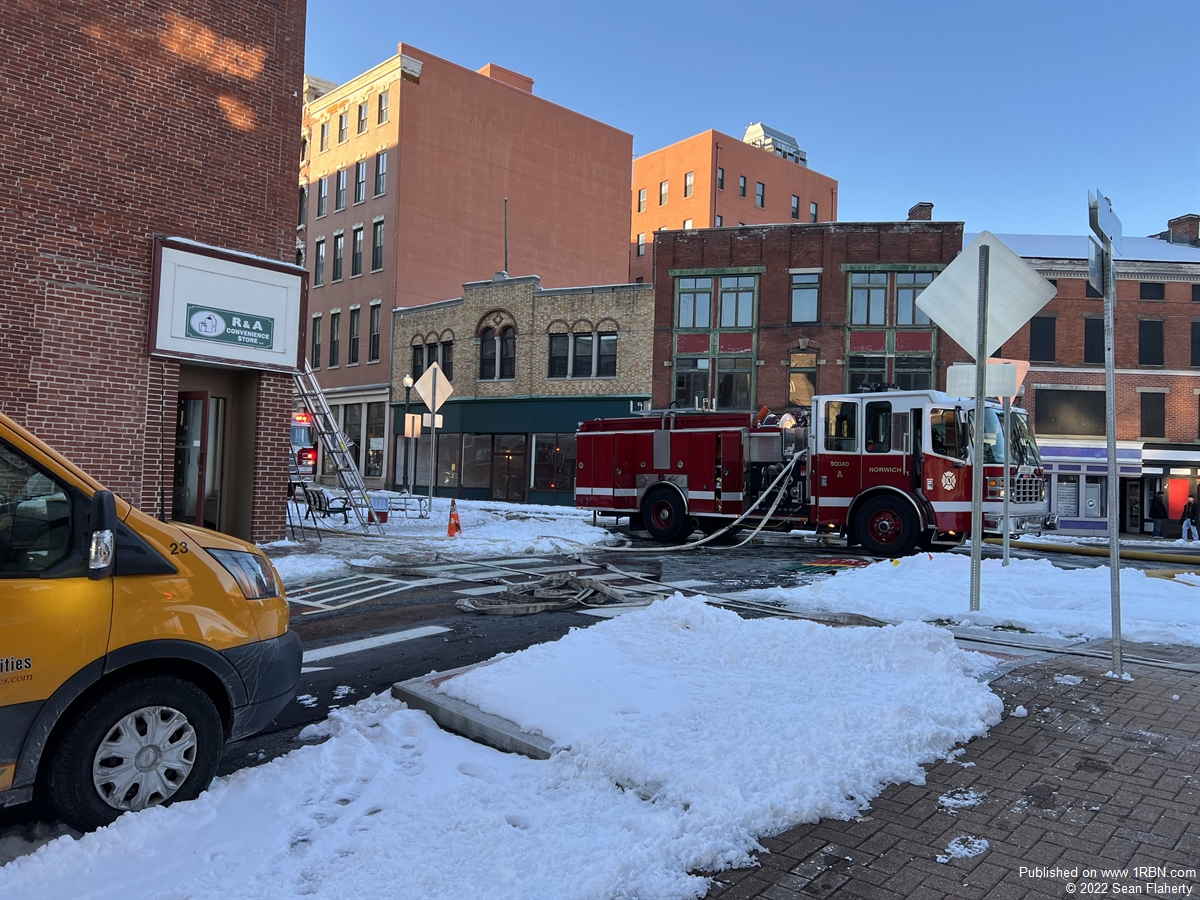 NORWICH, CT - At 2:18 P.M. on Saturday, January 8th, the Norwich FD was dispatched to 213 Main Street, the R & A Convenience Store, for a refrigerator fire inside the building. All companies arrived at 2:21 P.M. with smoke showing from the first floor of a three-story ordinary constructed building.

Squad A stretched a hose line through the front door, where they were met with thick smoke to the floor. Squad A advanced their line to the 'Bravo/Charlie’ corner where they found coolers on fire that had extended to racks of merchandise and was rolling across the ceiling. Squad Driver and Engine 2 Driver established the water supply while 2X, 2 step and 3 step stretched the backup line. The rest of Engine 3’s crew went to the second floor to check for extension while the truck crew deployed the aerial and threw ground ladders.

Battalion 1 had command and transmitted the second-alarm at 2:25 P.M. East Great Plain Ladder 5 set up on the 'Bravo' side and flew the aerial to the roof. Their crew checked the basement and adjoining stores where they found a moderate smoke condition, but no extension. Rescue 5 set up in the rear parking lot and used the cascade system to fill cylinders. Yantic Engine 33, Laurel Hill Engine 62 and Taftville Tower 25 staged on scene and took in a couple of calls while covering.

Crews remained on scene for a couple of hours ventilating multiple stores and the apartments above. One firefighter was transported to Backus Hospital and has since been released. There were no other injuries, and the Norwich Fire Marshal’s Office is investigating.