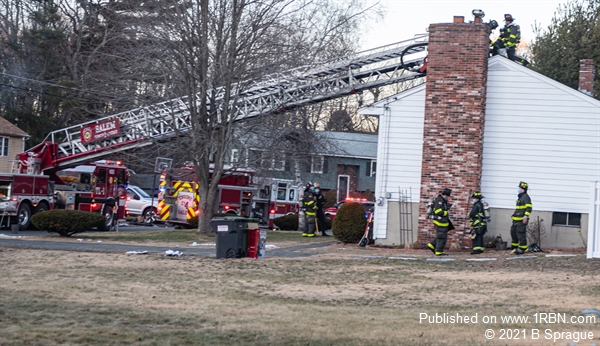 Salem, NH - Late on Sunday afternoon, January 10th, Salem Fire received a 911 call from a homeowner on Chatham Circle reporting a chimney fire and smoke coming into the home. Group 1 responded, under the command of Battalion Chief Lemire, and reported an active chimney fire. Companies began checking for any extension into the home. Upon further investigation they found no extension. Companies were able to clear the scene after an hour.