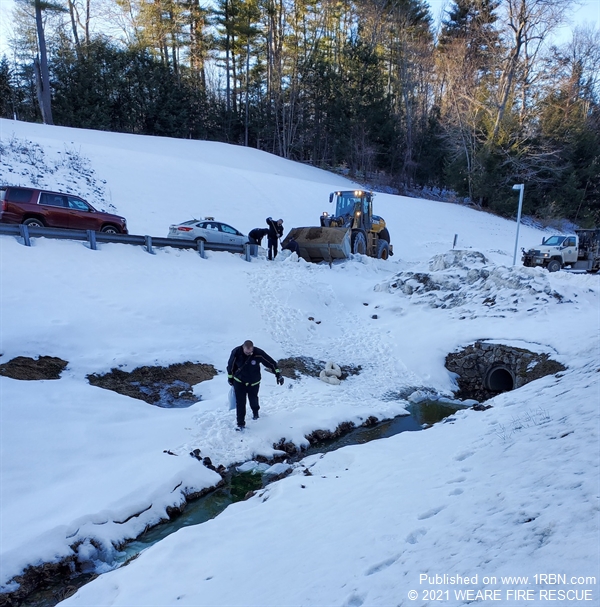 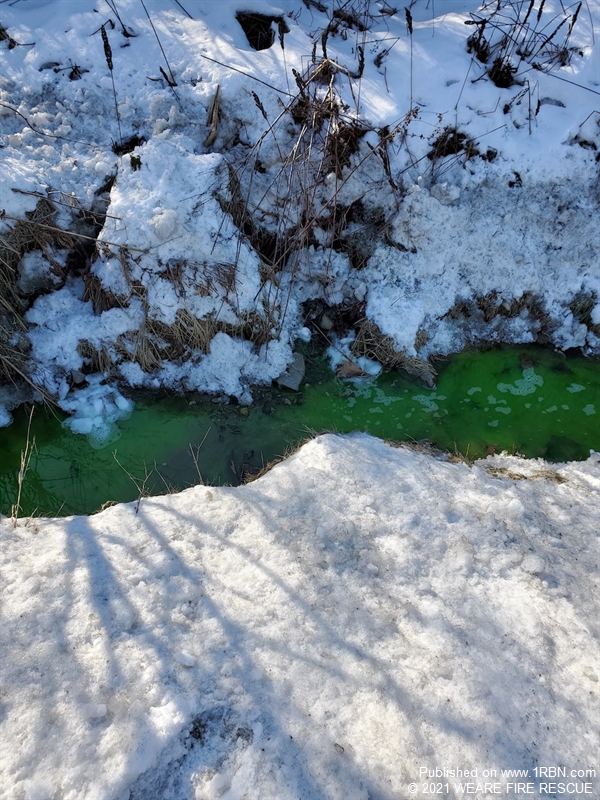 Weare, NH - Just after noon on Friday, January 8th, members of Weare Fire Rescue received a report of an unknown contaminant in a stream along North Stark Highway. Once on scene personnel observed a bright green substance in the stream.

Further investigation traced the source back to a car wash establishment located on North Stark Highway and the chemicals used in the washing process. Mitigation efforts included isolating the source of the leak and containing the product that had settled along the stream's path.