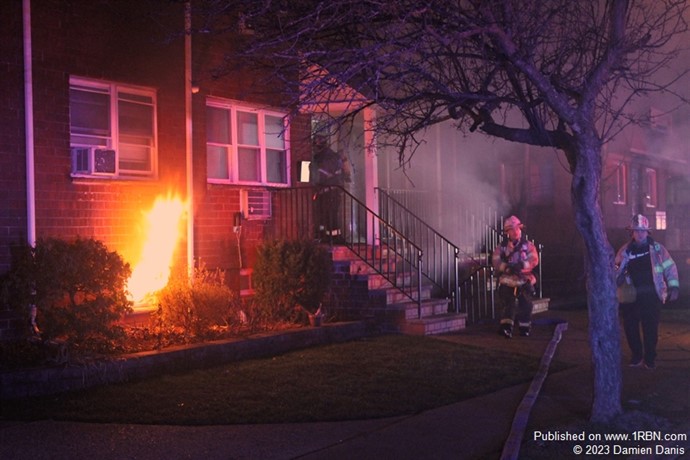 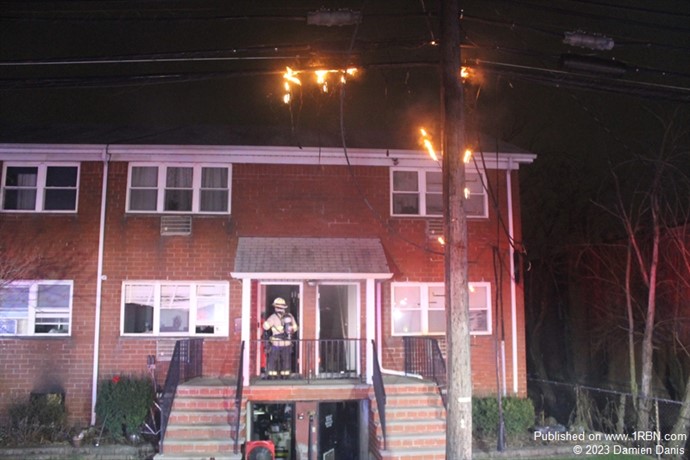 LODI, NJ - A snapped power line and transformer ignited a pre-dawn fire in a Lodi apartment complex on January 10th.

At 3:22 A.M., Lodi fire units were dispatched to the area of Garibaldi Ave. and Meta Lane for a transformer fire. Upon the arrival of Assistant Fire Chief Maniella, he reported that he had multiple fires in the area due to a power line that came down and caused a fire to impinge on a building on the corner of Meta Lane. Units found wires on fire as well as fire in the basement of an apartment building at 222 Garibaldi Ave. at the Cynthia Gardens.

Engine 615 arrived first due and pulled a two-and-a-half inch hand line to knock down the fire in the basement of the apartment building. Engine 614 established a secondary water supply, and Engine 612 and Hasbrouck Heights Engine worked on the fire on Meta Lane.

No injuries were reported. Mutual aid from Hasbrouck Heights, Rochelle Park and Wallington assisted on scene along with Lodi EMS, Lodi OEM and County Rehab. A Saddle Brook engine covered at fire headquarters during the incident.