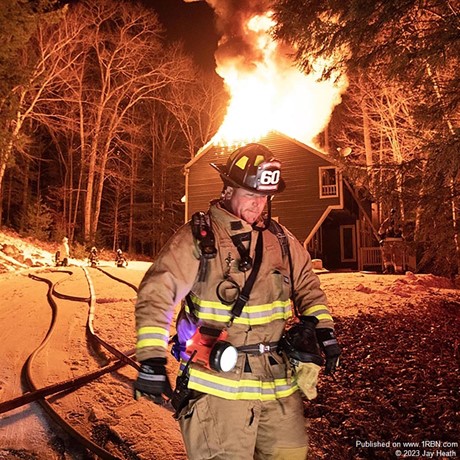 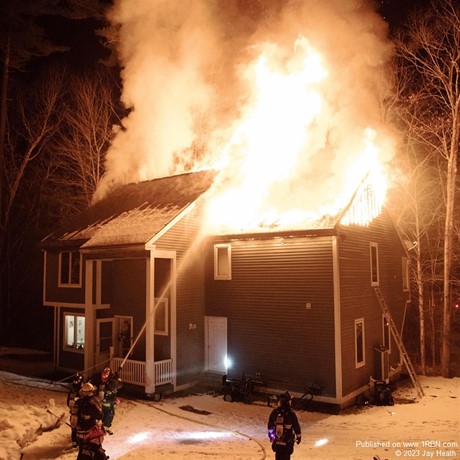 Photo by Jay HeathFire eventually went through the roof as firefighters had to withdraw and go defensive. 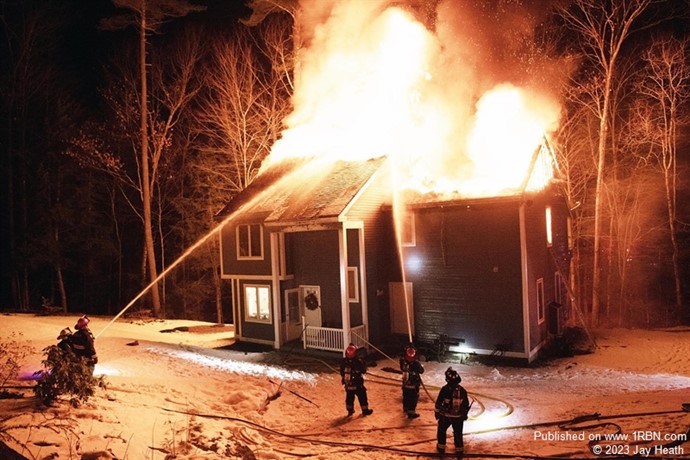 Photo by Jay HeathHeavy fire through the roof. 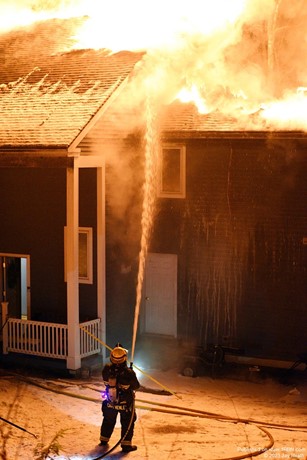 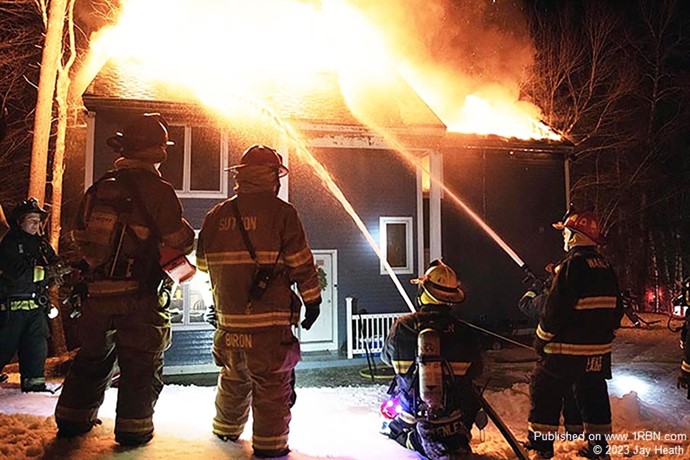 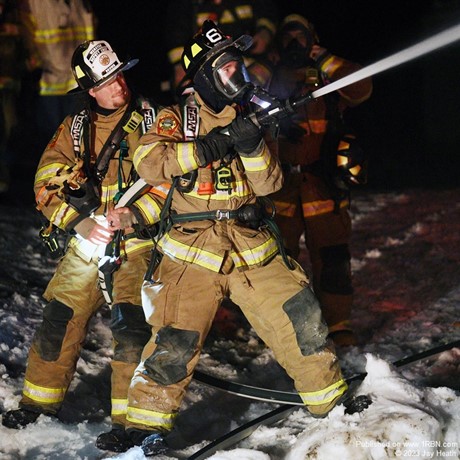 Photo by Jay HeathFirefighters fought the fire from the outside and eventually went back inside to finish up hot spots and overhaul. 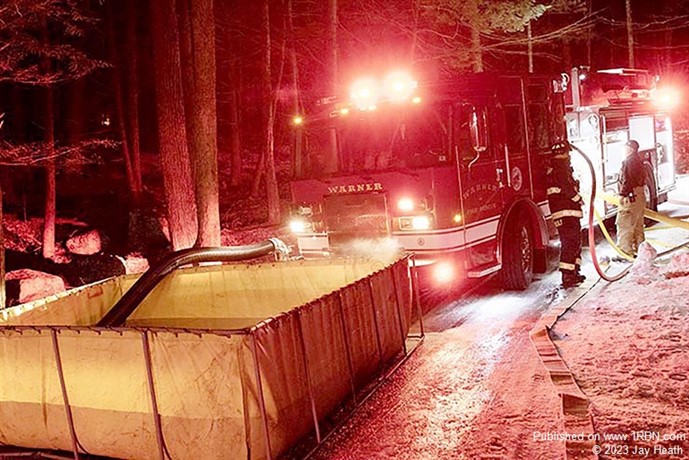 Photo by Jay HeathA tanker shuttle was set up bringing in numerous tankers to the scene. 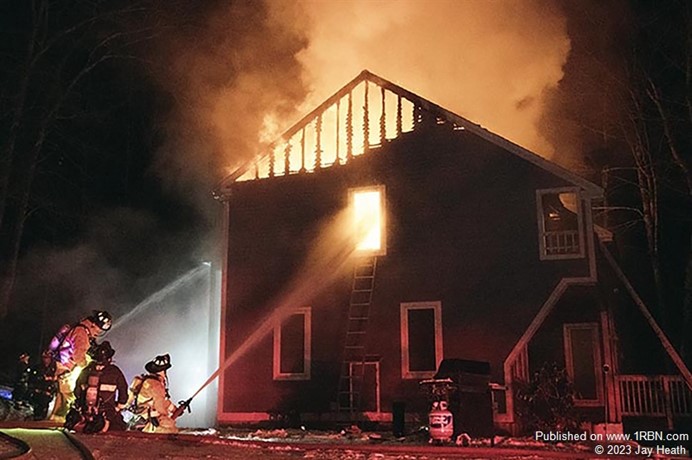 Photo by Jay HeathThe fire is under investigation and no injuries were reported.

"The fire had a pretty good start on us," Warner Fire Chief Jonathan France said. Firefighters arrived at 5:38 P.M. to find heavy fire showing from the custom-built contemporary home, which is located about a mile away from Interstate 89.

First due firefighters made an aggressive interior attack, but had to withdraw due to some early water problems. A second-alarm was transmitted at 5:41 P.M., and the third-alarm at 5:59 P.M., bringing in numerous mutual aid tankers to shuttle water into the scene. The heavy fire was knocked down at 7:30 P.M.

"When it's that cold out you want as many people as possible to put the fire out," France said. Four people were home at the time of the fire, but no injuries were reported. The fire is under investigation.