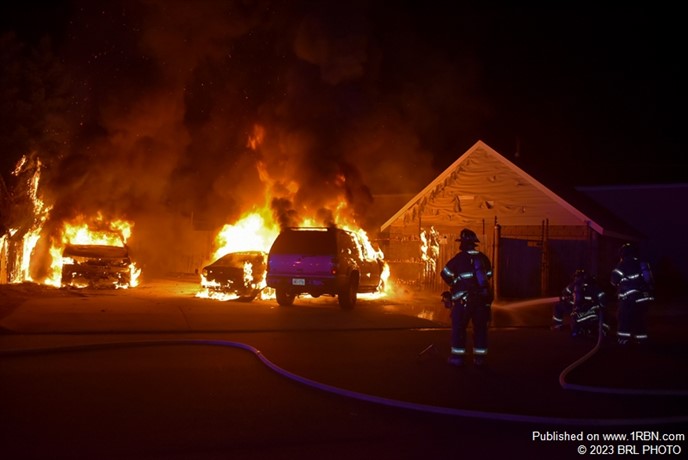 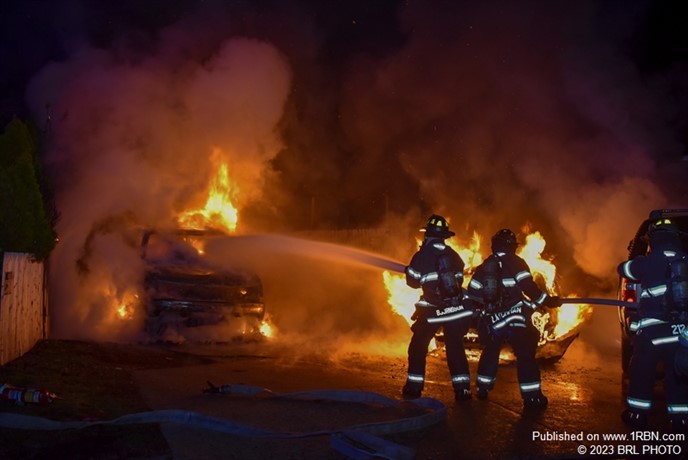 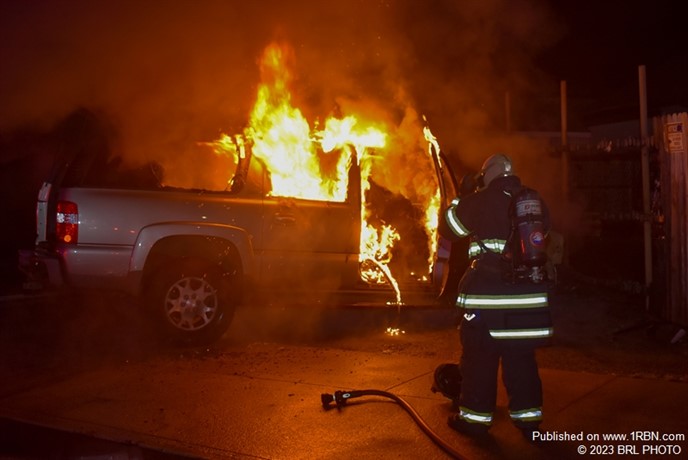 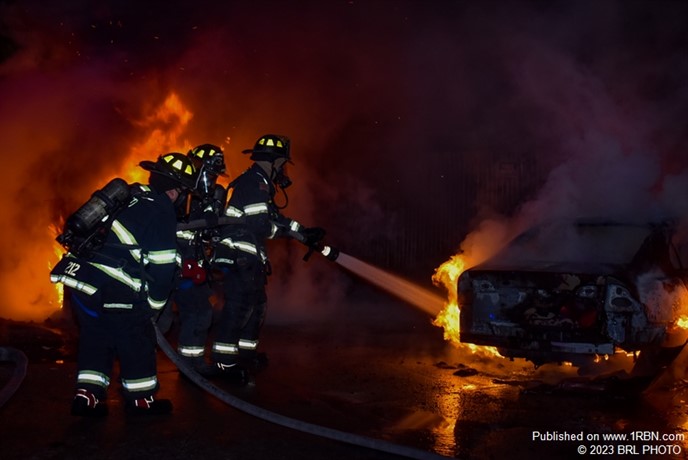 AMITYVILLE, NY - During the morning hours of January 8, 2023, the Amityville Fire Department responded to multiple cars on fire on Maple Drive. Upon response of 2nd Assistant Chief Robert Macomber, Babylon Central Fire Alarm advised the chief that there were three vehicles reported on fire, as well as a fence.

Upon the arrival of 1-1-32, he confirmed the information from central and with this information 1st Assistant Chief Stephen Juliano requested a mutual aid engine from the North Amityville Fire Company. Once Engine 1-1-3 arrived on scene they began a fire attack. Once North Amityville Engine 1-7-10 arrived on scene they laid in from the hydrant to Engine 1-1-3 and supplied them. Multiple hand lines were stretched and operated.

Units operated under the command of the Chief of Amityville Fire Department Gavin Budde. No injuries were reported, and the scene was turned over to Suffolk County Police Arson and the Town of Babylon Fire Marshals.