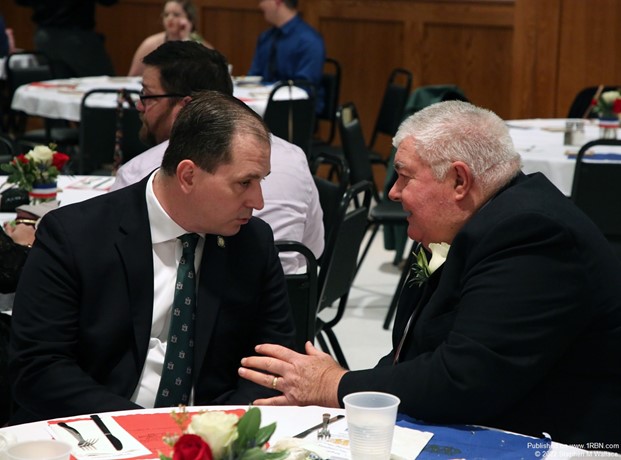 Photo by Stephen M WallaceAssemblyman Michael Norris talks with Sr. Chaplin Wayne Jagow, a man with decades of knowledge in the volunteer world. His knowledge assists Assemblyman Norris in his endless efforts to fight for first responders. 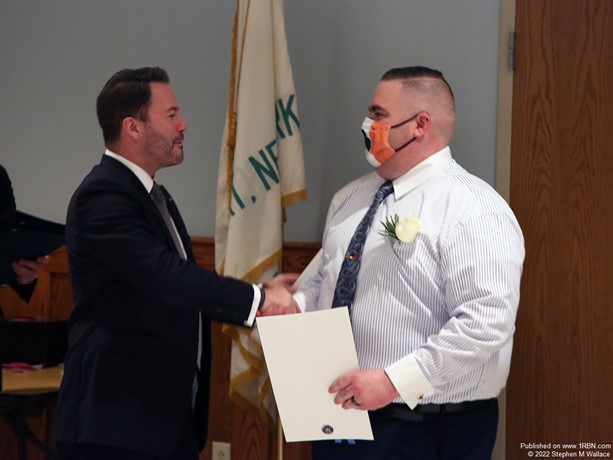 Photo by Stephen M WallaceSenator Robert Ortt presents Chief Jonathan McKnight with a proclamation award for being part of the team that saved a life. 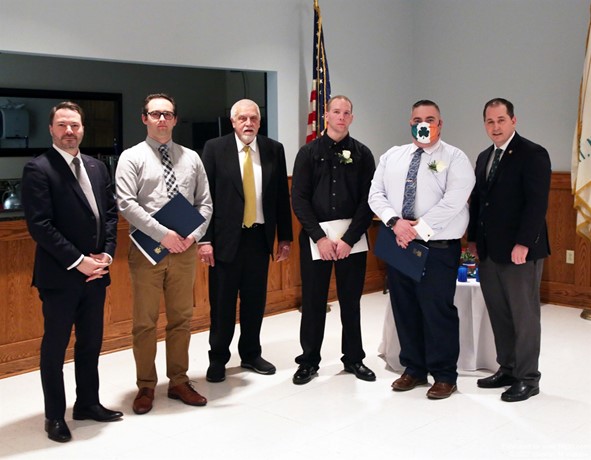 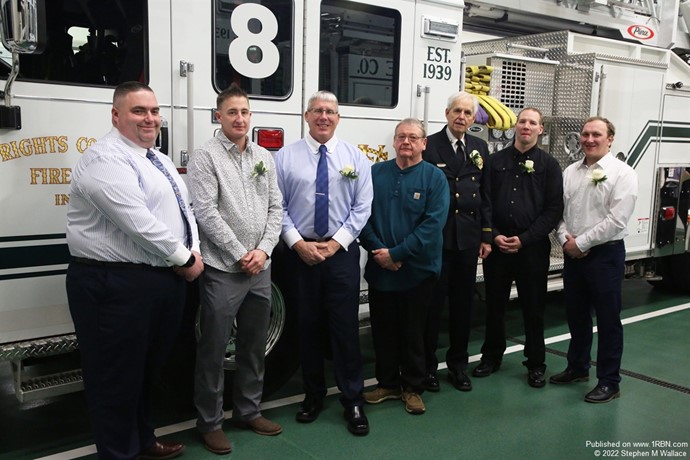 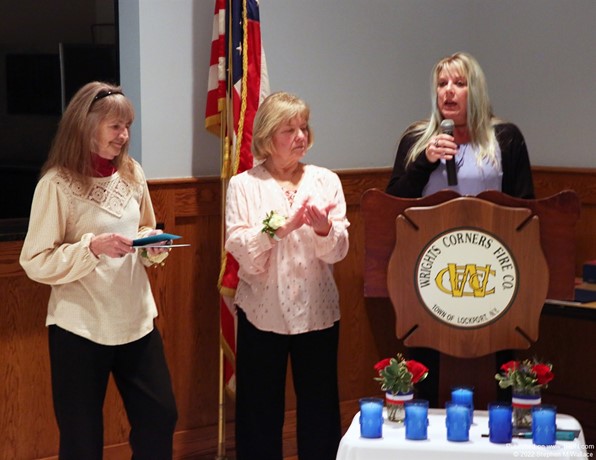 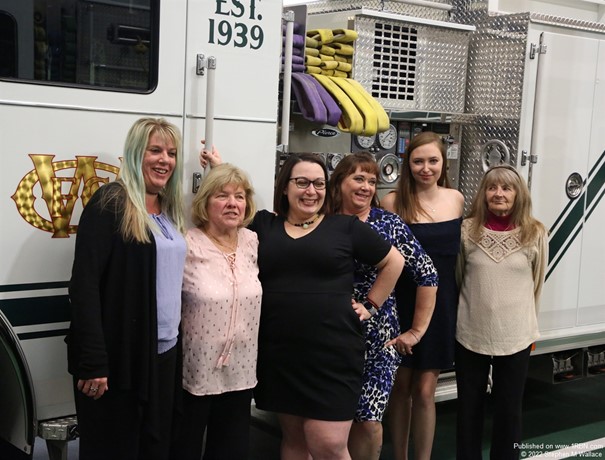 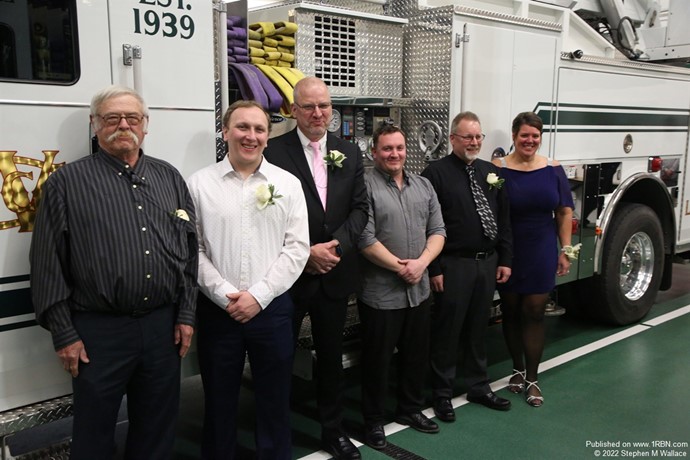 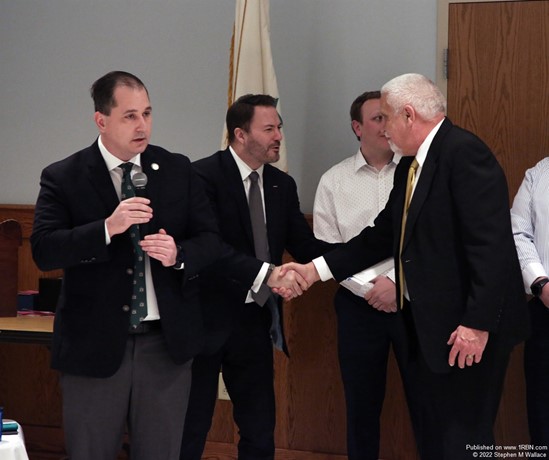 LOCKPORT, NY - Wrights Corners Fire Company held its Installation of Officers at their hall on January 8th after being shut down last year due to COVID. This year’s program began with a special presentation and proclamation from honored guest, New York State Senator Robert Ortt, and New York State Assemblyman Michael Norris.

On March 10, 2021, Tina and Jim Tomasine were going shopping at a local market just a minute north of the fire hall. Tina heard a thump and found Jim on the ground. Thinking it was a diabetic problem and knowing the fire hall was just a minute away, Tina got Jim in the car and called 911. They proceeded to Wrights Corners main hall as the call was dispatched as a diabetic problem. As EMT/Firefighter Mark Hare was stocking the ambulance, he ran outside to meet the Tomasines and found Jim in full cardiac arrest. Mark called dispatch to upgrade the call and then started CPR and got the defibrillator. Chief Jonathan McKnight and Firefighter Christopher Brueckner arrived and assisted in providing CPR and getting the ambulance pulled over to the scene. There was no ALS available at this time. This highly trained basic crew provided CPR as they headed to Eastern Niagara Hospital, and got Jim’s pulse back before their arrival. Senator Robert Ortt read this whole scenario from the proclamation he had sponsored from the NYS State Senate, as he felt it was important to show the quality, training and life-saving efforts of the first responders.

During his speech and presentation, Assemblyman Michael Norris talked about the life-saving efforts and need for volunteers throughout the state. Assemblyman Norris is well known as an advocate for all first responders and is always the first one to step forward to support the volunteers. He, along with Senator Ortt who makes sure the Senate is aware of the importance and efforts of volunteers, made sure they recognized these three individuals and the life they saved. Jim Tomasine stood with the people who saved his life at the front of the hall as they were presented with awards of proclamation.

(As a side note, this reminded me of what my paramedic instructor told my class before we graduated, way back when it was DOT before DOH that trained paramedics. My instructor said to always remember that without quality BLS, there will be no need for ALS. Basics saves lives. These Basics proved this and received a much-deserved honor for their efforts.)

The night continued with cocktails and dinner before the swearing-in of officers for the 2022 service year:

The ladies auxiliary also presented special years of service awards to two ladies that have been beyond kind to myself for decades, and have always put the Wrights Corners Fire Company first in their priorities; Sharon Drew for 35 years of service and Sherrie Campbell
for 30 years of service.

Those that have passed away were also honored. Senior Chaplin Wayne Jagow explained why it was so important to start the evening with honoring those that have answered the last call, because they helped bring Wrights Corners to where it is today.

A quality dinner was provided by Hill Top Restaurant and the event ended with a night of dancing and talking.