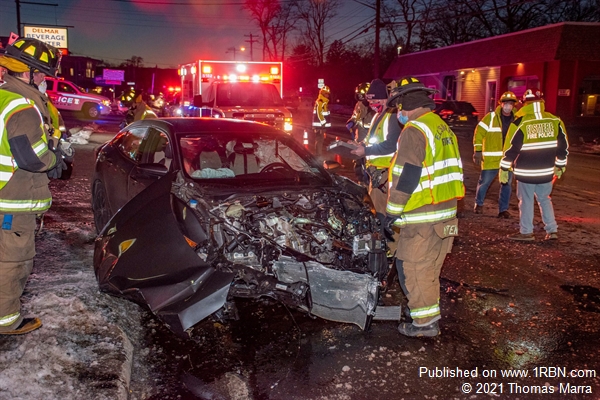 Photo by Thomas MarraOne driver was ticketed following a head-on crash on Delaware Avenue in Elsmere. 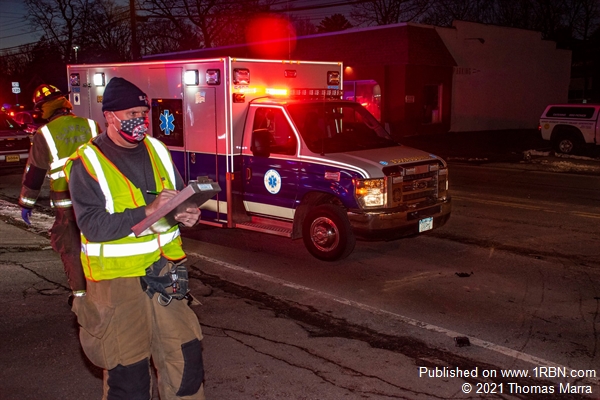 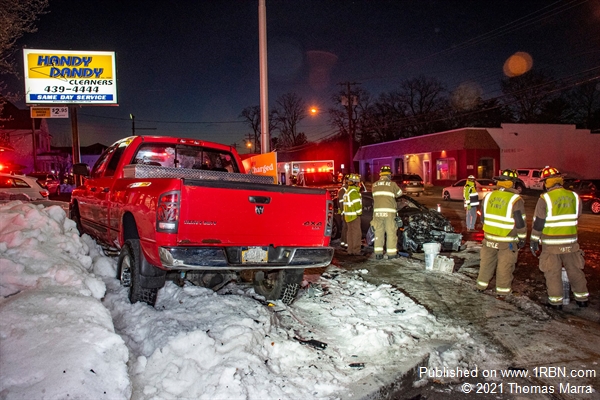 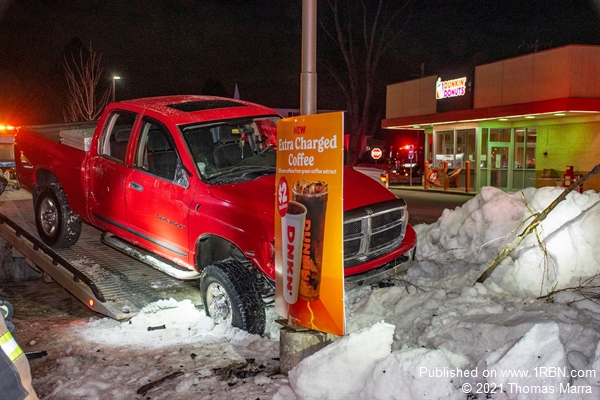 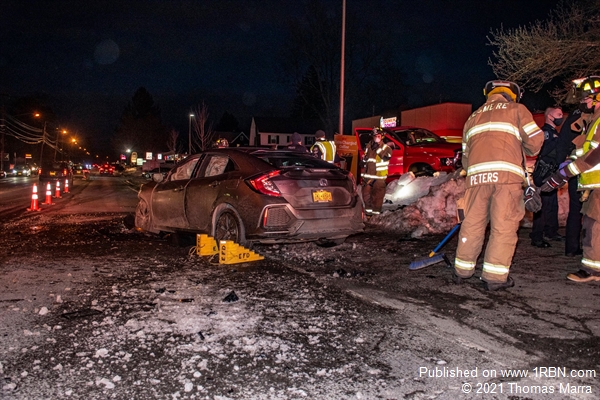 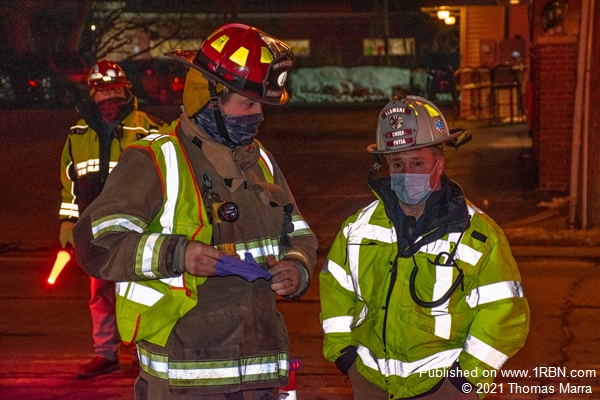 Photo by Thomas MarraChief Marc Futia of the Elsmere Fire Department on the scene of a head-on MVA on Delaware Avenue. 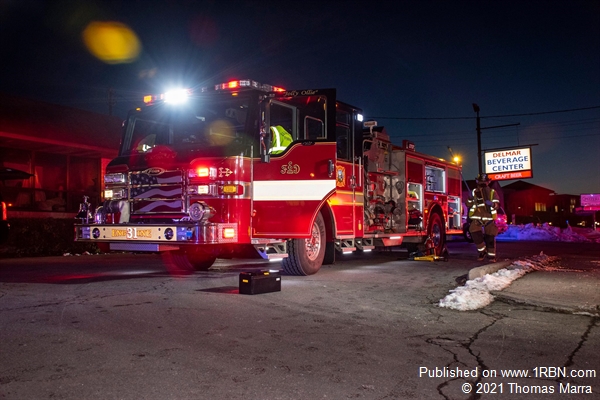 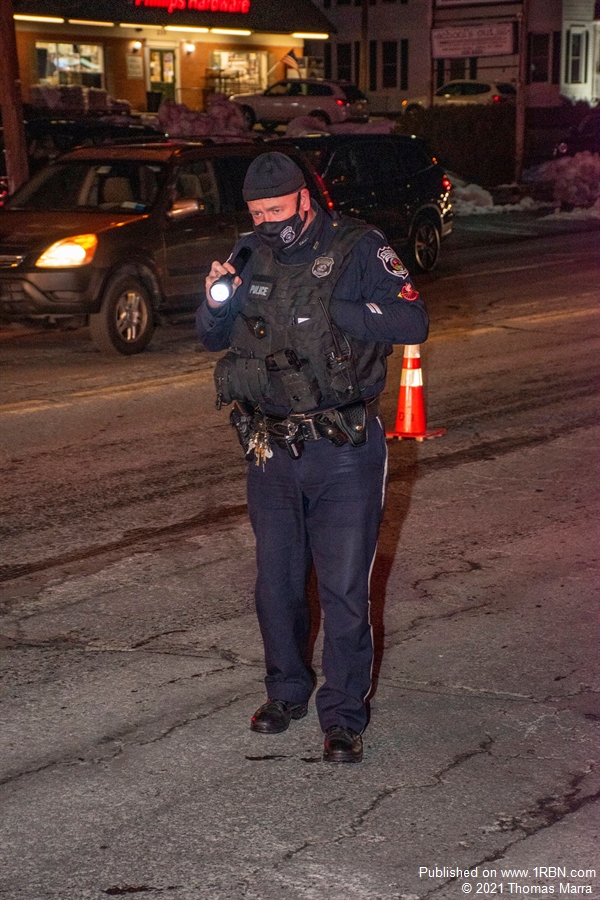 One person has been ticketed following a head-on crash on Delaware Avenue in Elsmere.

On Thursday, January 7, multiple 911 calls were placed for a head-on collision just after 5:00 p.m. on Delaware Avenue, in front of the Dunkin Donuts.

A 2018 grey Honda was discovered with heavy front-end damage in the roadway between Dunkin Donuts and Handy Dandy Cleaners, according to a statement from Bethlehem Police.

A 2005 red Dodge pickup truck was located in a snowbank between those two businesses.

The Elsmere Fire Department responded to the scene, along with Delmar-Bethlehem EMS and Albany County Paramedics.

Slingerlands Fire was also dispatched after initial reports of entrapment in one of the vehicles.

Chief Marc Futia of the Elsmere Fire Department stated there was no entrapment, the driver was just afraid to move.

There was oil and fuel leaking from the Honda, so firefighters absorbed the fuel and cleaned debris from the roadway.

"Through investigation it was learned that the driver of the Dodge pickup was traveling west on Delaware Avenue when he crossed the double-yellow line into oncoming traffic for an unknown reason," according to police. "The Dodge did hit the Honda heading eastbound head-on, causing it to spin."

The pickup truck was in the snowbank and against a light post. Firefighters stood by in case the light were to fall when the vehicle was towed out.

Chief Futia says it doesn't appear that the light post was damaged in the crash.

One lane of travel was closed on Delaware Avenue while crews operated on the scene.

The passenger of the Honda suffered a head and ankle injury and was transported to Albany Medical Center.

The driver of the Dodge pickup was also transported to Albany Medical Center with head and chest pain.

The driver of the Honda refused medical treatment.

The driver of the pickup truck was issued a ticket for failing to keep right.

Police say all injuries do not appear to be life-threatening.