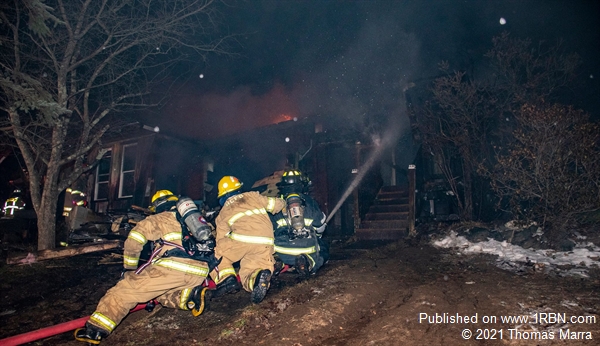 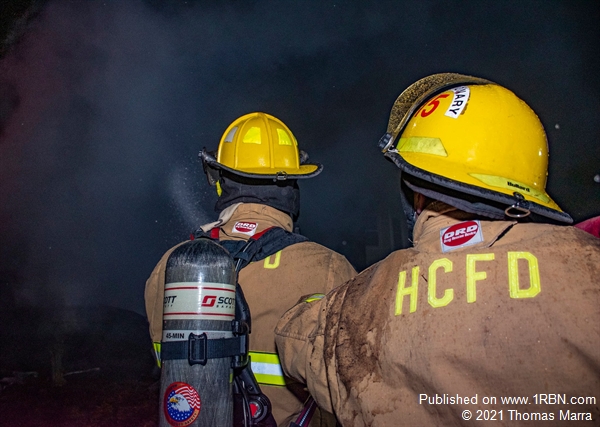 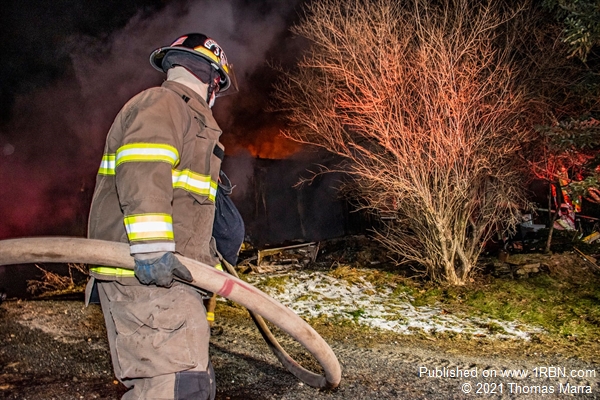 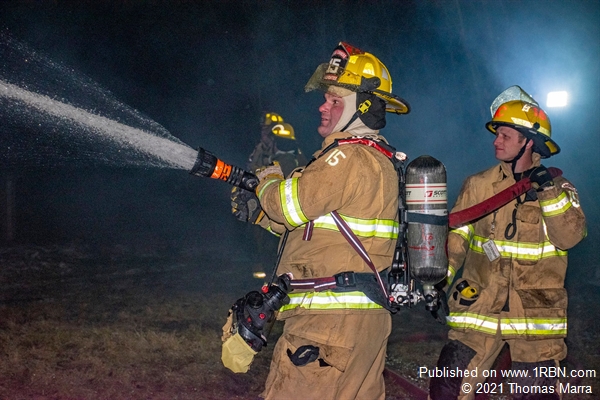 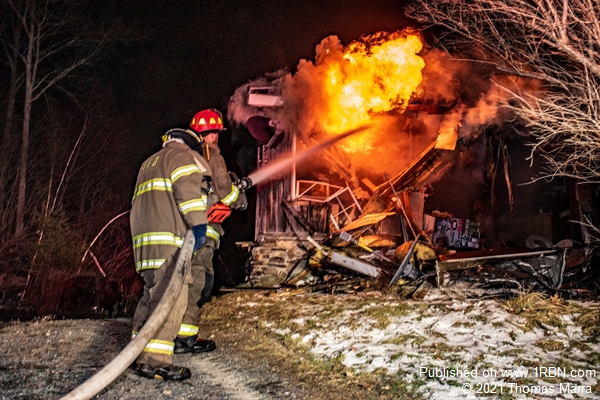 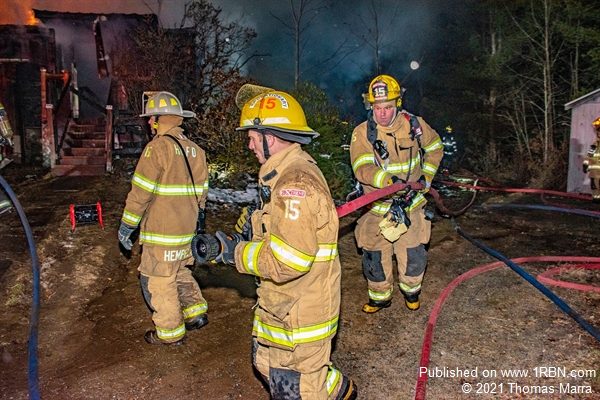 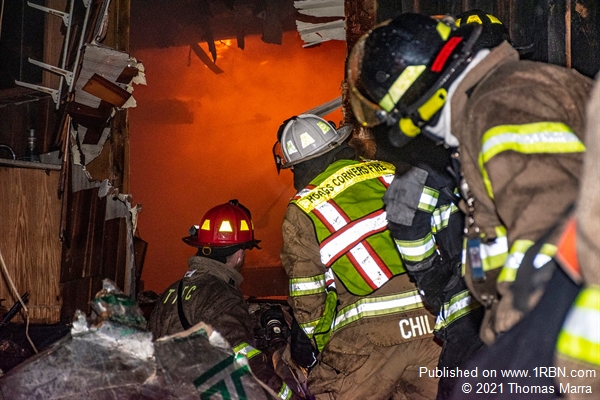 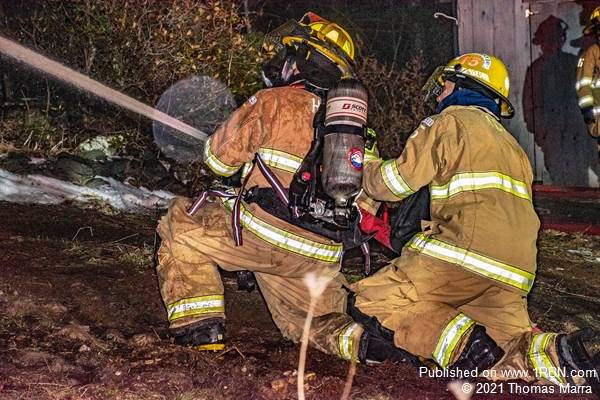 A house was destroyed in a 2-Alarm structure fire in Stephentown Wednesday night.

Fire crews were dispatched to a home at 45 Brainard Road in Stephentown just after 7:30 p.m. on Wednesday, December 30, after a call came in stating a house was on fire.

Arriving units found the front porch of the house on fire with fire extending into the house.

Another caller stated there were explosions heard from the front porch.

All occupants were reported to be out of the structure.

After the bulk of the fire was declared to be knocked down, crews had a difficult time after discovering fire within a double roof.

Firefighters spent time removing items from the home to reduce additional sources that may fuel the fire.

Crews remained on the scene throughout the night fighting the stubborn fire.

Freezing temperatures created icy surfaces from the water as well as winter weather covering the roads with a sheet of ice following the fire.

An excavator was used to demolish some of the structure to assist firefighters in accessing the fire.

The house is considered to be a total loss.

The cause of the fire is under investigation.