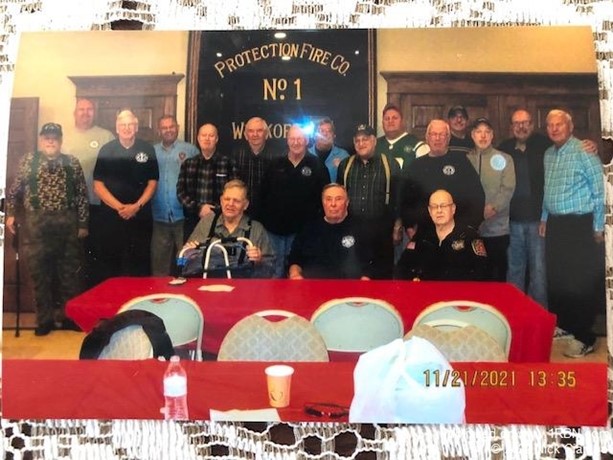 Photo by Nick CiampoGroup shot at the Wyckoff FD 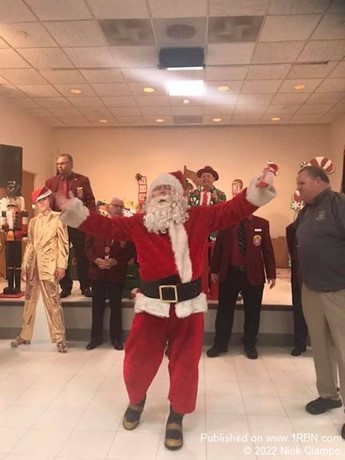 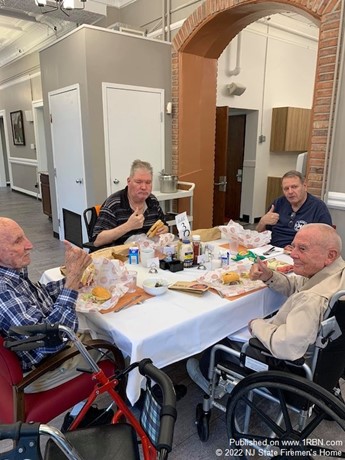 The members of the Bergen County Firemen’s Home Association had a busy year in 2021 with having to create ways to benefit our guests with the COVID protocols of the NJ Firemen’s Home. We had to be creative with our planning and tried to find ways to help our fellow retired firefighters and make their lives comfortable.

We added an extra barbecue lunch in August on top of the one we planned in June and we really lucked out with the weather in August being warm, sunny and clear. It really cheered our fellow brothers at the Firemen’s Home up after being shut inside for most of the year. Everyone from the members to the residents and their families and the staff had a wonderful time. It was refreshing to see that something, masks aside, go back to some sort of normalcy.
On November 21st, the organization met at the Wyckoff Fire Department for our annual Breakfast meeting. After our flag salute and Firemen’s Prayer, we sat down to a true tradition in the fire service, a firemen’s breakfast.

The members of the Wyckoff Fire Department very generously cooked a wonderful breakfast for our members that included scrambled eggs, bacon, sausage, steak, hash browns and fresh fruit. One of the members of the BCFHA took time to bake for us as well. We had a selection of cakes and muffins to enjoy during and after the meeting.

Over breakfast, the members discussed the upcoming Holiday Party at the Firemen’s Home in December and the dinner to follow for the members and their spouses, the gifts being given to the residents of the home for the holidays, financial matters, the upcoming fund drive, NJ State happenings in the fire service and a possible membership drive for the organization.
Since COVID is still going on, we knew that the party would have to be cancelled and we brainstormed ideas of how to engage with the residents. We talked about entertainment through Zoom or maybe just one bagpiper going up to the home to entertain. Maybe adding a Jersey Mike’s meal, which we recently held at the Firemen’s Home in November that was organized by Secretary Tom Simpson and was very successful and popular with the residents. One of our members who serves as Director of the home said that we were limited to ten people so we would have to create a modified party for the residents. We would have decide closer to the date.

On the day of what would have been the party, President George Heflich and Vice-President Justin Watrel, showed up during the Christmas Bingo, to spread some Christmas cheer to the residents. President Heflich walked around the home (mask on) and wished the residents a good holiday while Vice-President Watrel made a short speech at the beginning of the Christmas bingo wishing our fellow Brothers a safe and Merry Christmas (mask on) and hoped everyone enjoyed their presents. The organization bought everyone a monogramed shirt as a gift this year. All the residents who attended bingo seemed touched by the gesture.

Both President Heflich and Vice-President Watrel did not stay too long as the rules of the home gave us only about one to two hours to visit but still, we were able to spread some Christmas good cheer to the residents.

Merry Christmas & Happy New Year from the Members of the Bergen County Firemen’s Home Association to all our fellow Brothers!