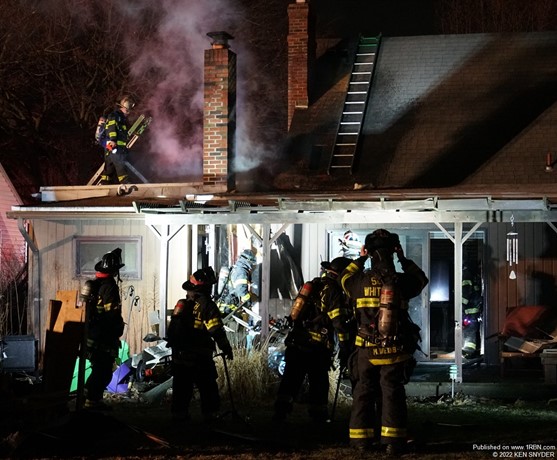 Photo by KEN SNYDERView of the rear of the fire building. 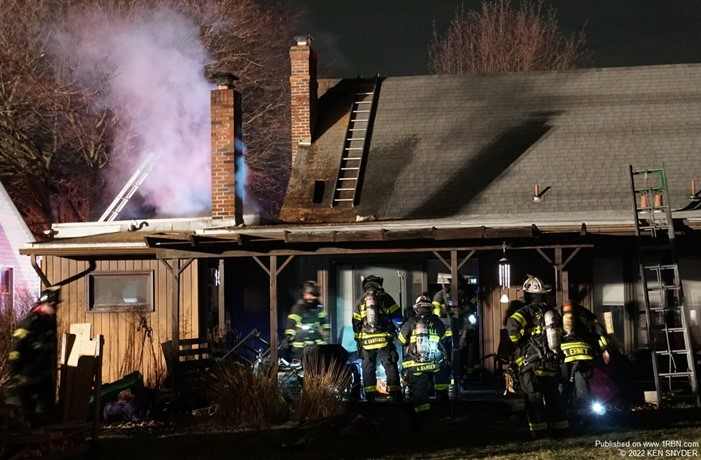 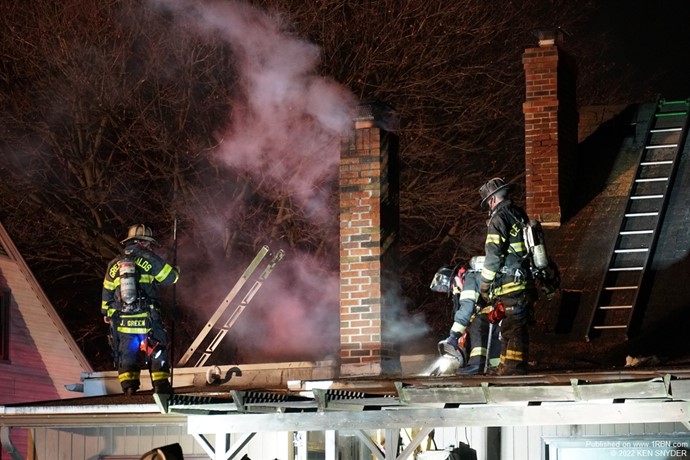 Photo by KEN SNYDERRoof crew in the process of opening up. 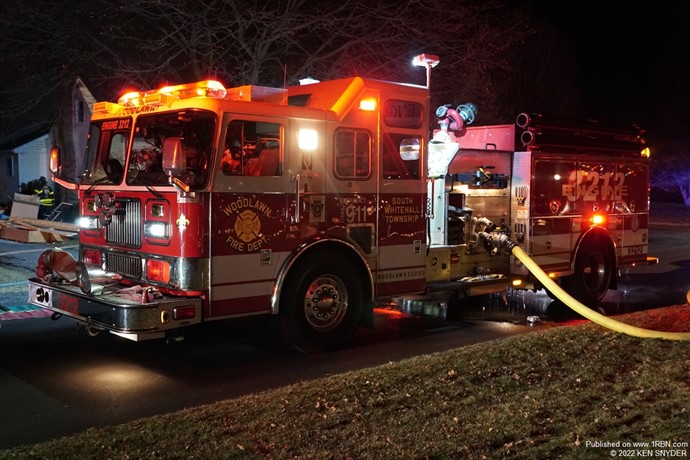 Photo by KEN SNYDERWoodlawn E 3212 in service at the dwelling fire January 5th. 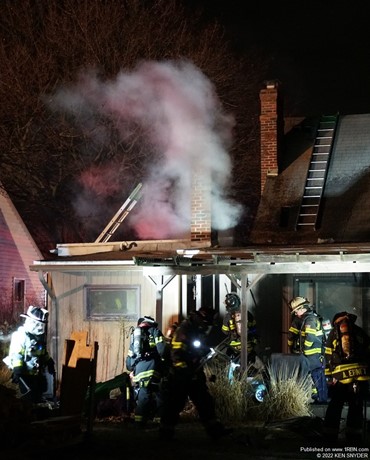 SOUTH WHITEHALL TWP., PA- A working fire forced a family out of their one-and-a-half story home on January 5th. The fire occurred at 1520 N. 25th St., which had grey smoke showing upon arrival of the first due company. The call came in around 2:50 A.M., with the bulk of the fire appearing to come from the rear of the dwelling. As the fire was quelled, companies remained on scene several hours for overhaul.