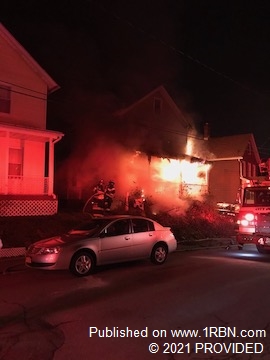 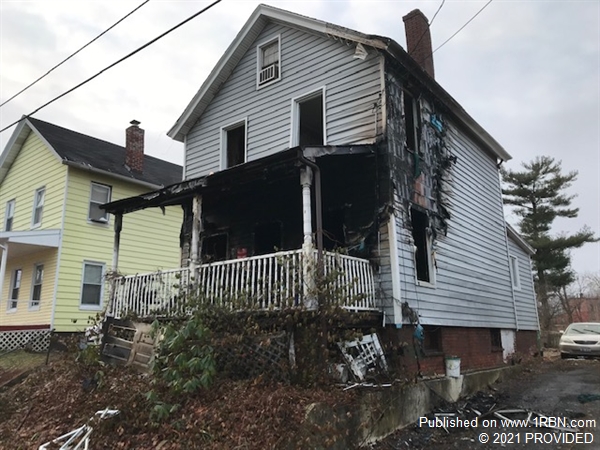 Beacon, NY - The City of Beacon Fire Department was notified by the Dutchess County 911 Center of a fire at 21 Ralph Street at 3:10 A.M. on January 6th.

The house was a two-and-a-half story wood-frame structure. The City of Beacon Fire Department’s first Company was on the scene within two minutes of dispatch. BFD command Car 2 arrived on the scene and reported a working fire. The fire was extending from the first-floor front room onto the porch. A second-alarm was requested.

One hose line was advanced onto the porch and then into the first floor. The City of Beacon fire crews made a quick aggressive attack to bring the fire under control. The fire damage was confined to the first floor and the front porch. There was smoke damage throughout the structure.

The Village of Fishkill and Castle Point fire crews did a search and ventilation of the second floor. The Glenham FD and Rombout Fire FD relocated to Beacon Fire Station 2 to cover the City. Central Hudson Gas and Electric were at the scene. The Central Hudson services were discovered to be disconnected years ago. The occupant was supplying services to his house with generators and propane heaters. County Car 13 and 17, and the Dutchess County Fire Investigation team were on the scene to assist. The City of Beacon Police and Building Department assisted at the scene. Beacon firefighters cleared the scene at 8:25 A.M.

The Red Cross provided lodging and support to the sole occupant of the house, who was on the first floor and escaped the home without injury.

The fire cause was found to be from a propane space heater in the first-floor living room.