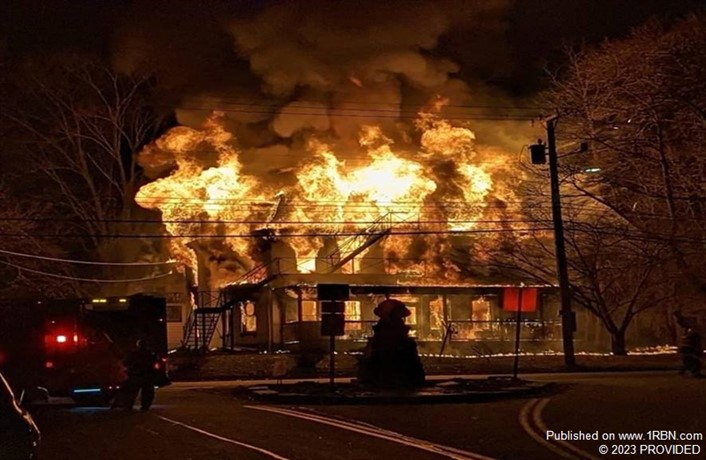 Assistant Chief Lahey arrived on scene and immediately called for a 2nd Alarm for a three-story house. All three floors were involved in heavy fire conditions. City of Beacon's apparatus arrived on scene within minutes and immediately established two water sources, setting up master streams and the ladder truck. Crews stretched a two-and-a-half inch exposure line to protect a neighboring house.

BFD units remained on the scene for hours to extinguish hot spots. The unsafe building was razed by a local contractor. The fire caused exterior heat damage to 923 Wolcott Ave. and 66 Sargent Ave. No injuries were reported.

The fire is being investigated by the City of Beacon PD, Dutchess County Sheriff's Office, and DC Fire Investigation Division.