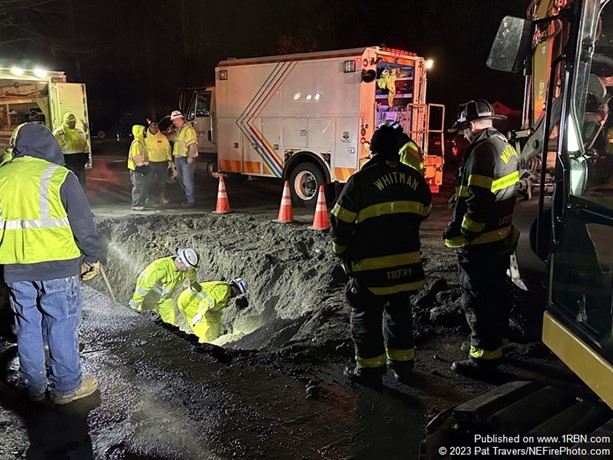 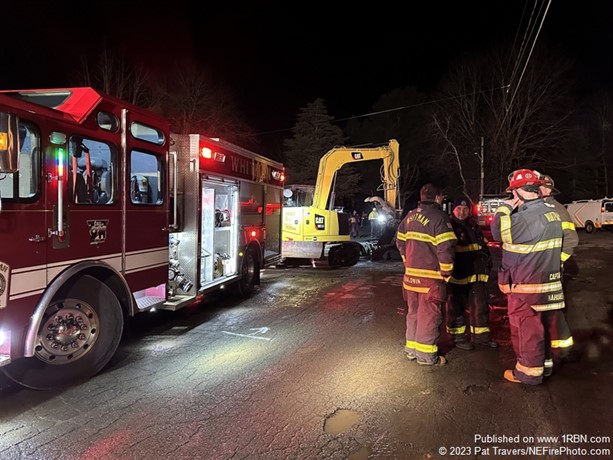 Photo by Pat Travers/NEFirePhoto.comEngine-243 had a dry line off as a precaution. 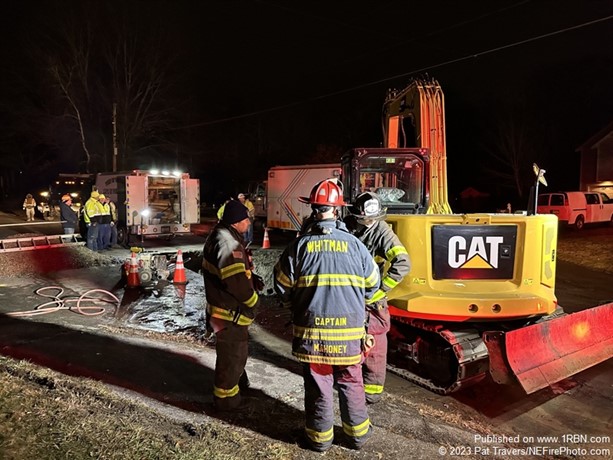 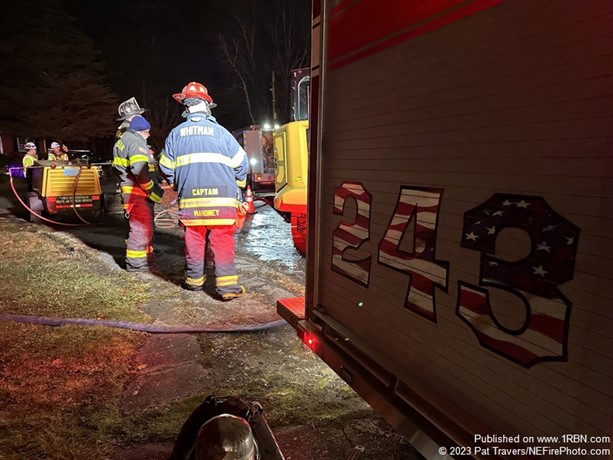 WHITMAN, MA - Around 2:00 P.M. on the afternoon of Sunday, January 1st, the Whitman Fire Department responded to the area of 47 Newland Drive for a report of a water main break. Companies responded and found a break in the roadway and notified the water department to respond. Several hours later, around 7:00 P.M., the work crew accidentally struck a gas line while attempting repairs on the leaking water main.

Engine-243 and Car-3 responded to the scene and reported an active natural gas leak in the roadway. National Grid gas was contacted to respond. Engine-242 was requested to the scene to secure a water supply, as the neighborhood had the water shut off due to the water main break. A box was struck for manpower, and a Hanson engine covered Whitman's Headquarters. Engine-243 ran a dry 3" line with a Blitz gun attachment as a precaution.

Within an hour, a National Grid gas road crew was able to gain access to the leaking pipe and secured the natural gas. Work crews remained on-scene for some time to repair both the broken water main and natural gas line. No injuries were reported and no evacuations were necessary.