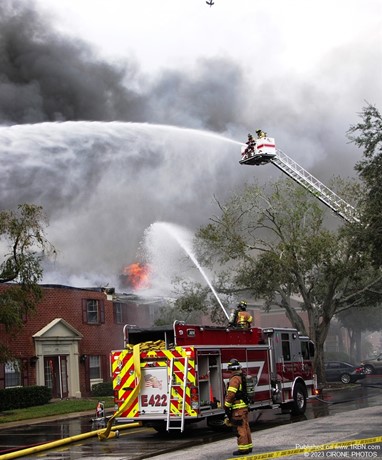 Photo by CIRONE PHOTOSTrying to catch it in the attic. 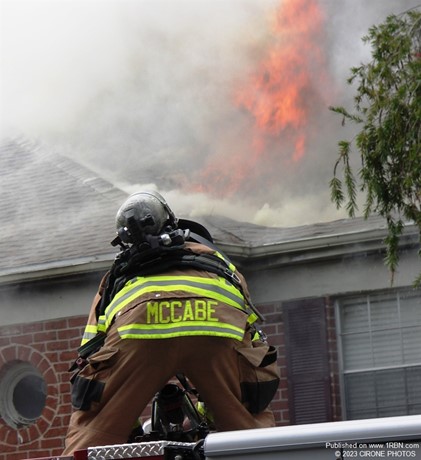 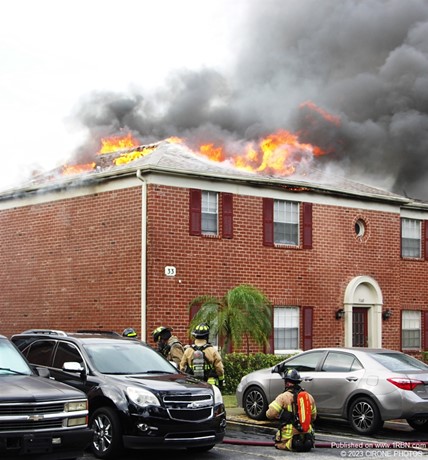 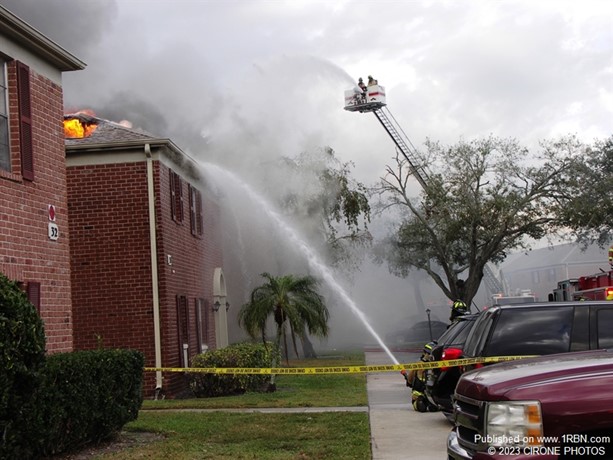 Photo by CIRONE PHOTOSKeeping it out of the exposure. 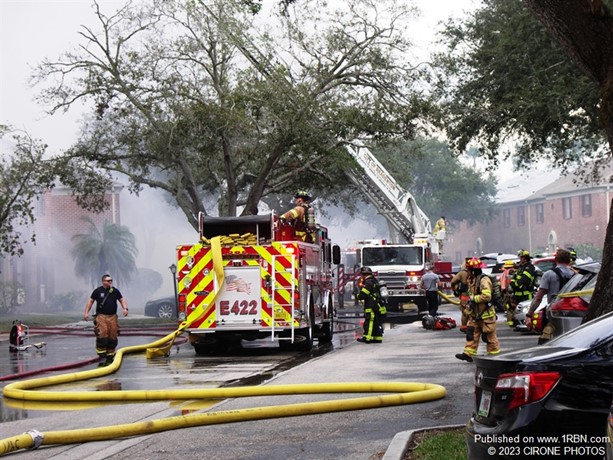 Photo by CIRONE PHOTOSOverall shot of the scene 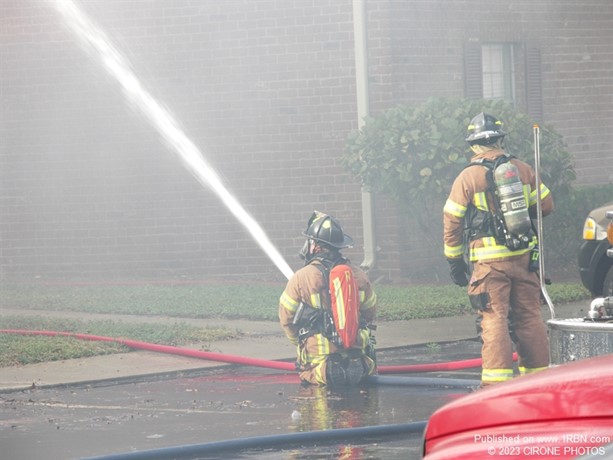 Photo by CIRONE PHOTOSTaking in smoke on the "Delta" side. 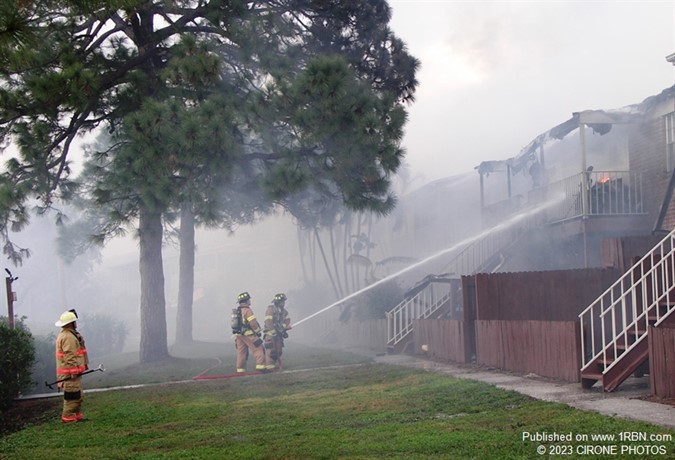 Photo by CIRONE PHOTOSWorking the "Charlie" side.

Just after 3pm Wednesday the City of Bradenton was dispatched to a report of a Apartment fire in the Carlton Arms Apartments. On arrival heavy smoke and fire was showing and a second alarm was struck. Building 33 contained 12 units, Firefighters were hampered by strong winds and erratic water pressure. Reportedly all residents escaped without injury, but some of the pets are still missing. The fire ran the Attic of this pre-fire wall apartment with the help of the wind. Companies had to hand lay hose to the rear of the structure due to its being built on a waterway. Red cross was on the scene to assist residents with housing, along with the State Fire Marshalls Office for the Investigation. East Manatee Fire District Assisted at the scene, and many other Manatee County Fire Companies provided coverage. Manatee County EMS also assisted at the scene with the Rehap Bus.