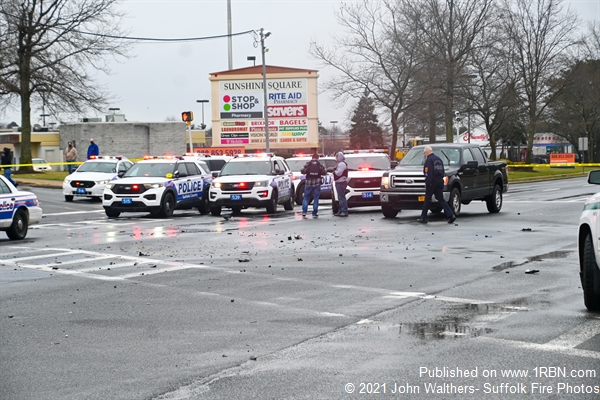 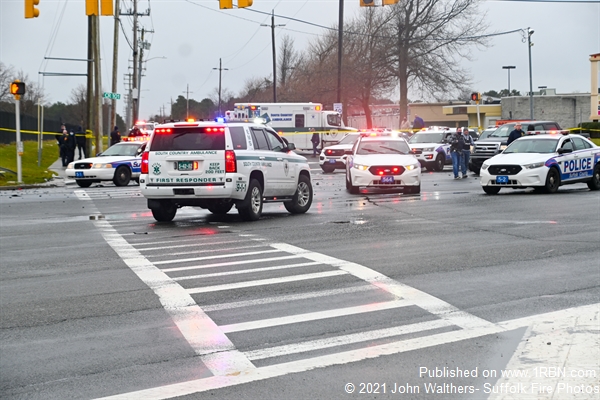 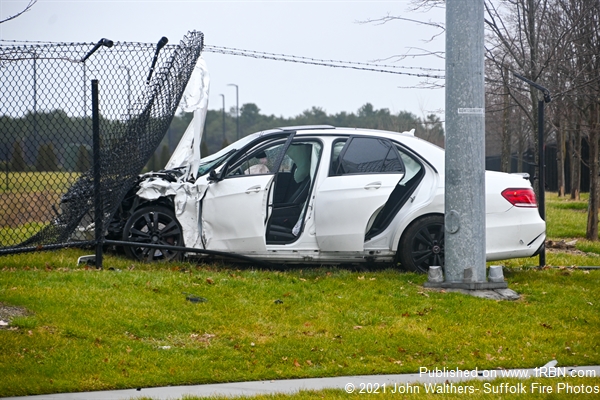 Photo by John Walthers- Suffolk Fire PhotosA white Chevy can be seen with heavy front end damage at the scene of a crash in Medford. 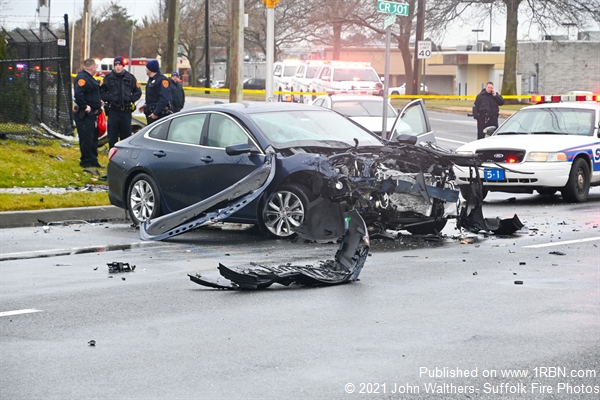 Photo by John Walthers- Suffolk Fire PhotosA dark Mercedes sits in the road with heavy damage after according to police the driver ran the light hitting a white Chevy. 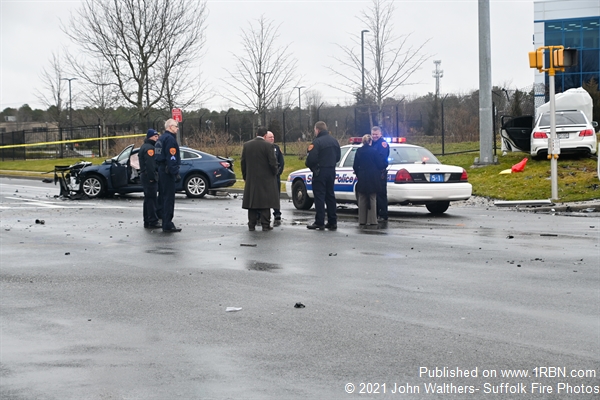 Photo by John Walthers- Suffolk Fire PhotosPolice officers are interviewed by detectives at the scene.

Medford, NY – On January 3rd at approximately 12:30 P.M., the Brookhaven Fire Department and South Country Ambulance were activated for a report of a motor vehicle crash with entrapment at County Road 101 and Station Road. On arrival, Brookhaven Chief 30 advised that they had one person trapped in a white Chevy, and a rescue truck was needed.

The patient was able to be removed from the Chevy through a passenger side door. He was taken to Long Island Community Hospital in East Patchogue where he was pronounced dead. The driver of the dark colored Mercedes, who according to a media release from Suffolk Police ran the red light, was taken to the same hospital as was his passenger for non-life-threatening injuries.

Both occupants of the Mercedes were arrested on charges not related to the traffic infraction/crash. Suffolk Police Major Case detectives were investigating.