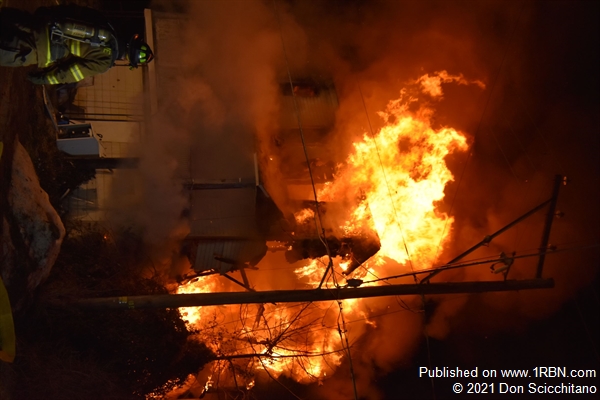 Photo by Don ScicchitanoA firefighter looks on at the blaze while awaiting water. 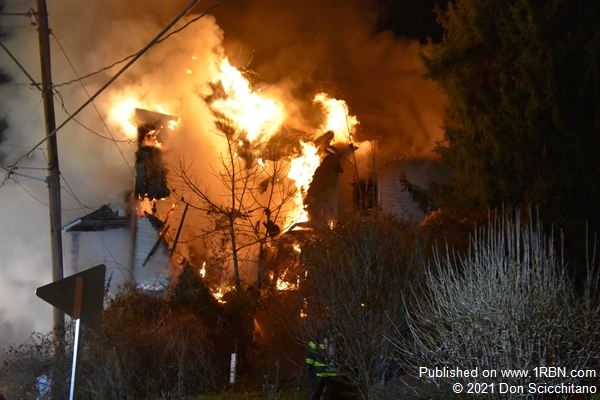 Photo by Don ScicchitanoInterior and exterior collapse of the 'Delta' side during the blaze. 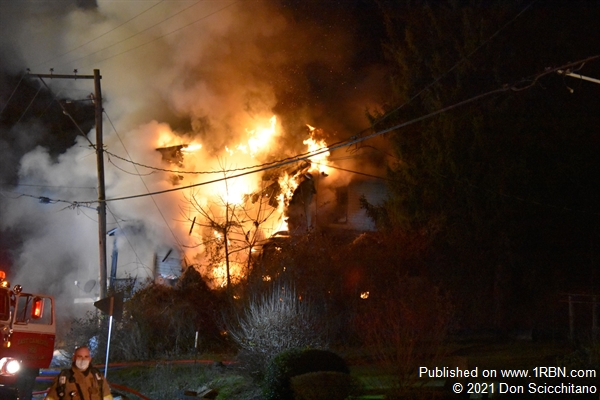 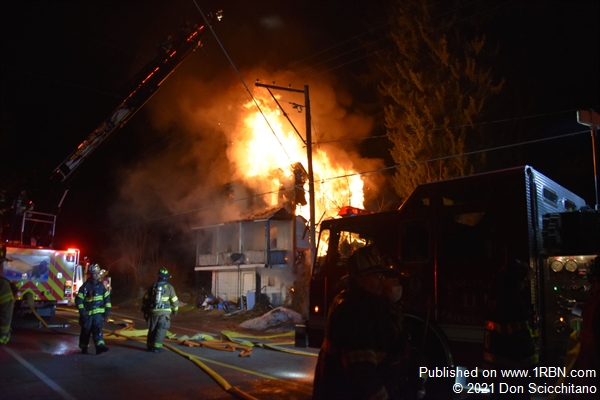 Photo by Don ScicchitanoEngine 11 in front of the fire supplying water from the dump tank. 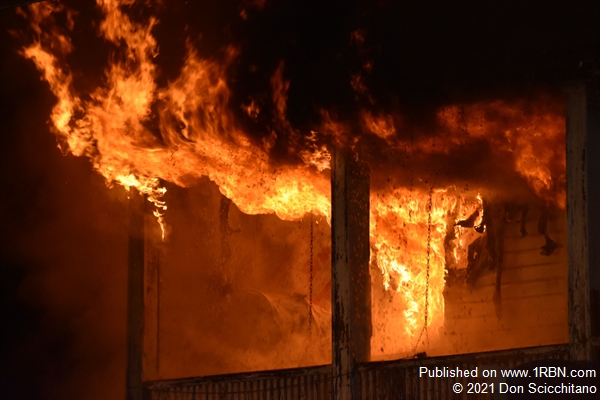 Photo by Don ScicchitanoFire vents from the doorway of the residence.

West Cameron Twp., PA - On January 3rd just after 2:00 A.M., a working structure fire was reported on Upper Road in West Cameron Township. The responding chief was advised of reports of fire and smoke visible from the second floor.

Chief 350 arrived and confirmed a working fire and requested a second-alarm as it was fully involved upon his arrival. Multiple tankers were called due to the rural area, and a tanker site was set up on each side of the incident.

A neighbor said they were awakened by someone pounding on their door during the night and they called 911. They also stated after the call to 911 the windows popped and went from all smoke to fire blowing out.

Crews operated on scene until just before 7:00 A.M. when they were placed back in service.

It should be noted that power was out in the area just prior to the start of this fire. The Pennsylvania State Police Fire Marshal was called in to investigate.