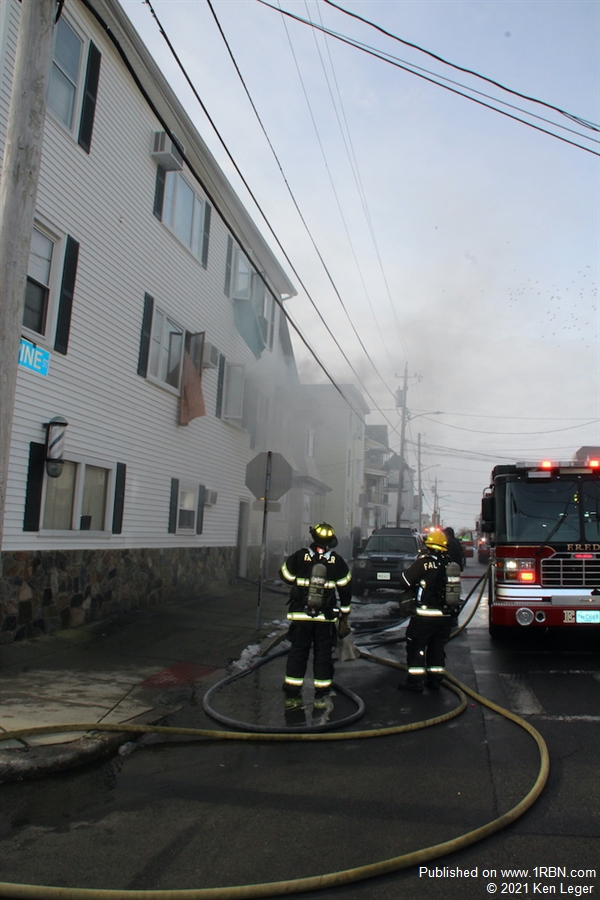 Photo by Ken LegerSmoke vents from the front door and windows 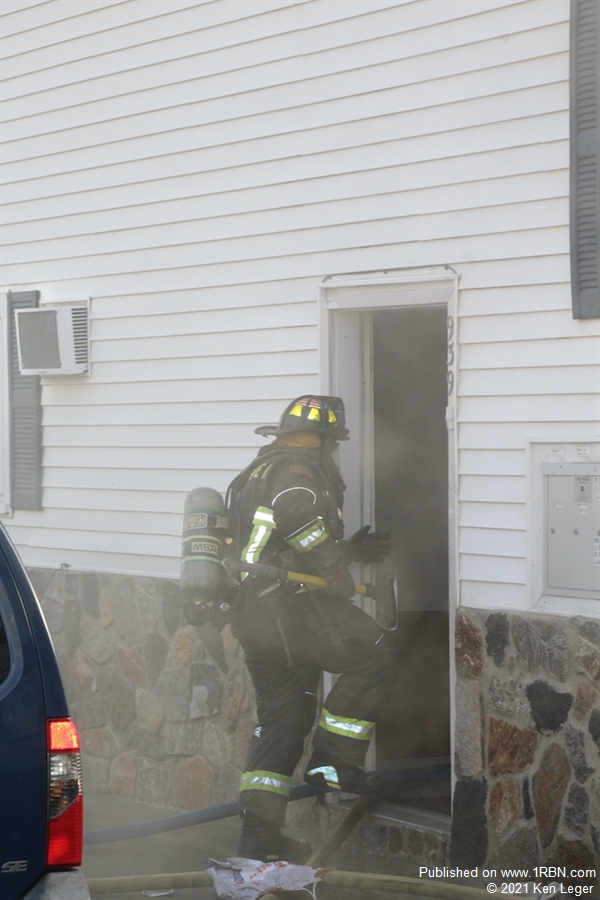 Photo by Ken LegerFirefighter enters the building after receiving a fresh bottle.

Fall River, MA - On Christmas Eve, firefighters responded to 939 Pine Street for a reported fire. Dispatch was notified by calls to 911 reporting alarms sounding and smoke coming from the walls on the second and third floors. Units arrived on scene to find smoke showing from the rear of the building. The crew of Engine 2 laid attack lines into the building through the front door, while Engine 9 and Ladder 4 went to the rear of the building. Firefighters encountered heavy smoke conditions on the second and third floors, but no sign of fire. Interior crews began opening walls on the 'Charlie' side and exposed hidden fire on both floors. Investigators believe the cause of the fire was electrical in nature.