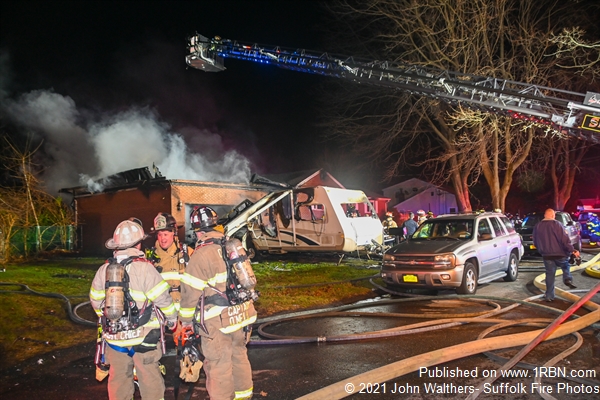 Photo by John Walthers- Suffolk Fire PhotosFirefighters used multiple hand lines as well as a tower ladder to battle this fire in Selden on January 2nd. Due to the quick actions of Police and Firefighters the residents and their dogs were all safe. 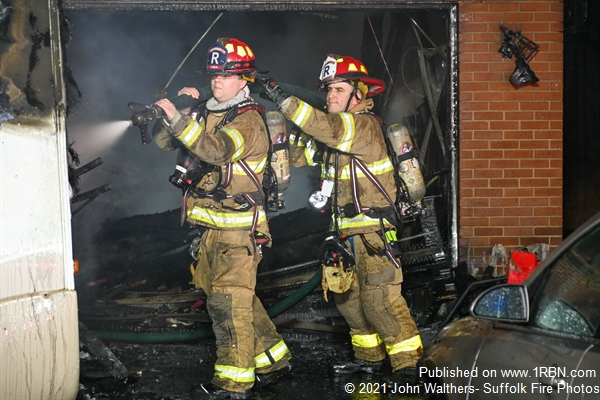 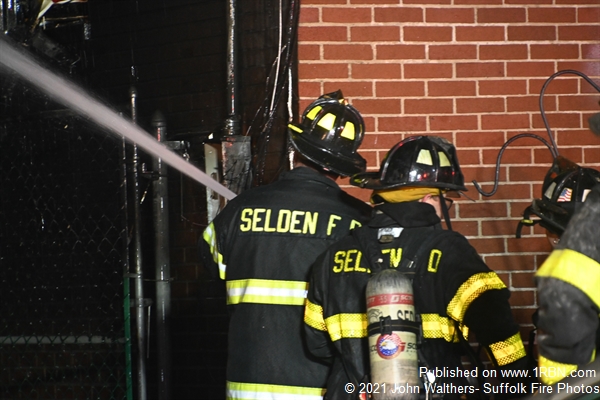 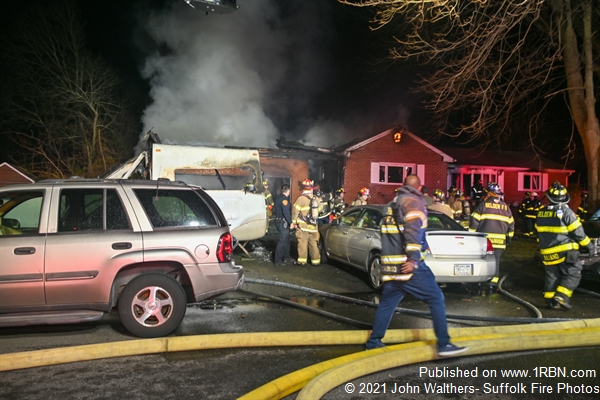 Photo by John Walthers- Suffolk Fire PhotosOn January 2nd firefighters from multiple departments responded to this house fire on Abinet Ct in Selden. Multiple dogs and the residents were evaccuated from the home. 1 dog was injured but will recover as was a police officer helping with the rescue. 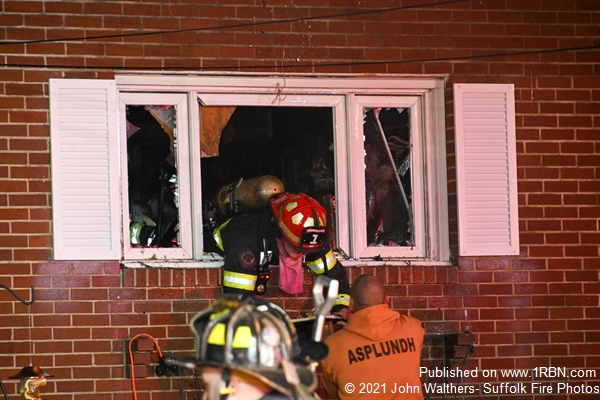 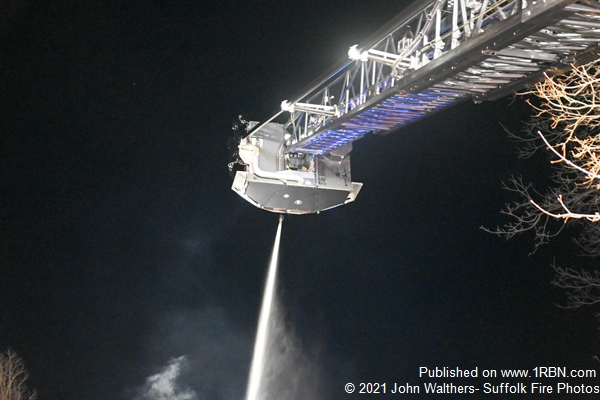 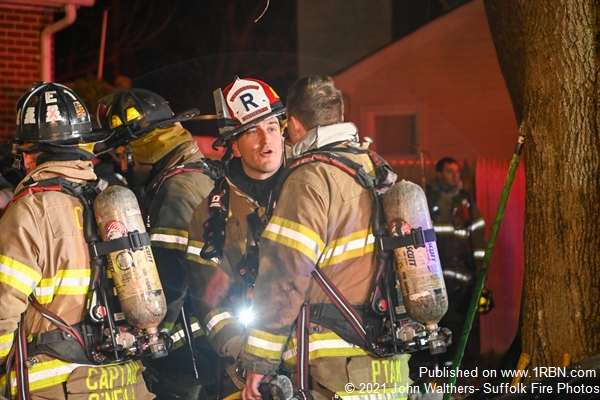 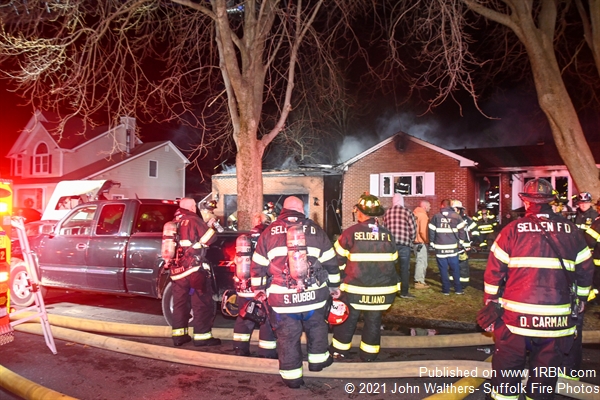 Selden, NY – On January 2nd around 4:55 P.M., Suffolk Police 6th Precinct officers and Selden Fire Department were dispatched to a report of a house fire on Abinet Ct. Upon arrival, a Suffolk Police officer found a camper and home well involved. They advised their dispatch of the situation so that info could be relayed to fire rescue.

The first arriving chief from Selden advised of the working fire (signal 13-35). Mutual aid was requested to the scene from neighboring departments of Farmingville, Centereach, Coram, Setauket and Terryville. Multiple lines were placed into operation while Selden also set up their new tower ladder to supply a master stream. The operation went on for an extended period due to the size of the fire.

The one dog was successfully removed by Selden's 1st Assistant Chief K. Kostrna and Farmingville Firefighter Rich Picirello according to police officials, and was taken to an emergency vet for treatment. The dog was doing okay according to officials and should make a full recovery. The second dog was able to get out of the burning home on its own and was not injured.

Firefighters were at the scene for about two hours. Medford Fire stood by at Selden’s HQ for other alarms during that time. The cause of the fire was being investigated by the Brookhaven Fire Marshal's office.