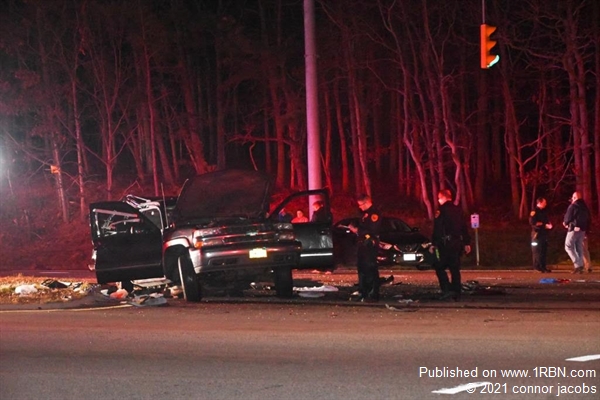 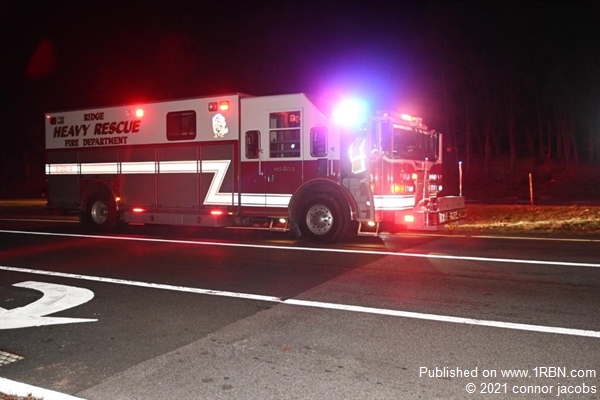 Upton, NY - At approximately 7:30 P.M. on January 2nd, police and fire personnel in Ridge responded to a crash on the William Floyd Parkway, near Yaphank Woods Blvd., where they were met with one vehicle overturned and at least one person trapped. According to Suffolk Police, at least one person had serious injuries and was transported to Stony Brook University Hospital where they were later pronounced dead, and another person was pronounced dead at the scene by a physician assistant from the office of the Suffolk County Medical Examiner. One other person was transported to the same hospital for minor injuries. Crime scene investigators were called and a long stretch of the William Floyd Parkway was closed in both directions between Longwood Rd. and the Long Island Expressway for most of the night. All three vehicles were impounded for safety checks.