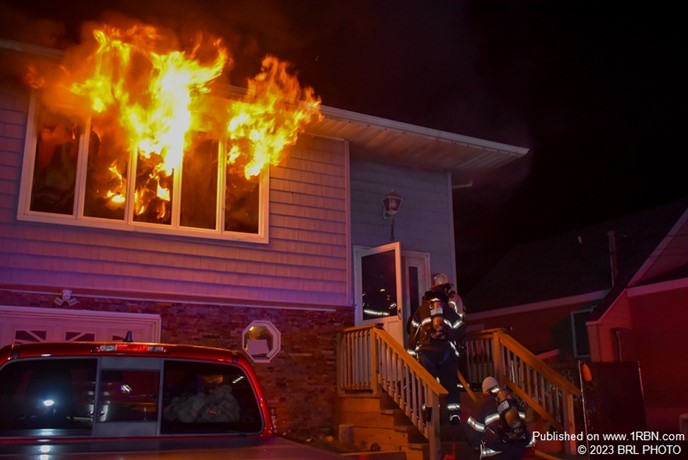 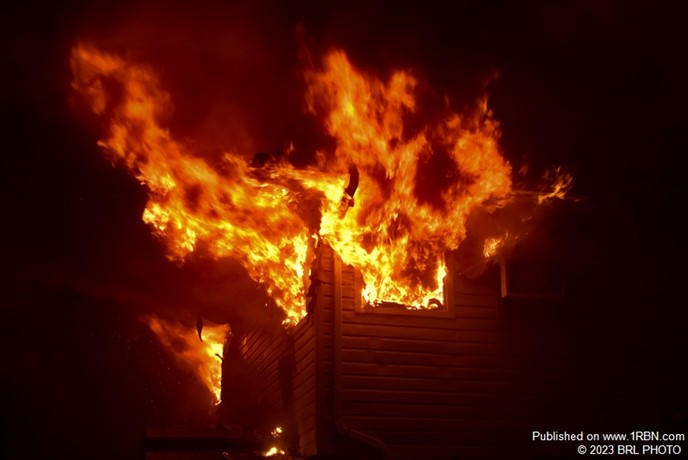 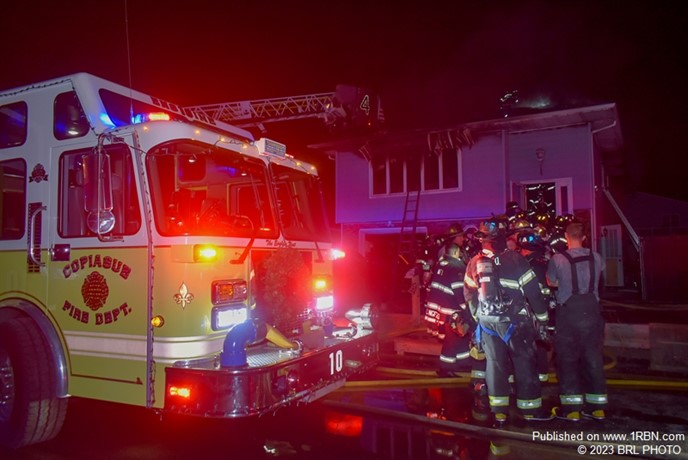 COPIAGUE, NY - At approximately 10:39 P.M. on December 27, 2022, the Copiague Fire Department responded to a house fire on Surf Road with people reportedly trapped and burned.

While units were operating on the scene of a medical call, Babylon Central Fire Alarm advised 1-3-32 that they were receiving calls for a structure fire on Surf Road with two people trapped and one person burned. Upon the arrival of 1-3-32, he transmitted a working fire on a two-story private dwelling and advised that all occupants were out of the house. Upon Engine 1-3-10's arrival, they stretched a hose line and began a fire attack. Once Truck 1-3-4 arrived they put their aerial to the roof and sent manpower to the '2' side to rescue a dog that was trapped. Engine 1-3-7 laid into Engine 1-3-10. A total of three lines were stretched and operated, and fire was located throughout and in the attic.

Upon the arrival of Amityville’s RIT, they were put to work as a truck company, and a new RIT was requested to the scene (North Lindenhurst). While EMS was treating the burn victim they requested Suffolk County Aviation for a medevac. The initial landing zone was at the Deauville Gardens Elementary School, which was then changed to the parking lot of Merrineck Plaza, but they ended up going via ground to the burn center.

Mutual aid consisted of Amityville for the initial RIT (1-1-5) and an ambulance (1-1-11), Lindenhurst for an Engine to the scene (1-6-2), and one engine to the landing zone (1-6-1), North Lindenhurst for an RIT (1-11-4), and an Ambulance (1-11-7). Units operated under the command of 1st Assistant Chief of Department Kyle Miller and 2nd Assistant Chief of Department Daniel Broyles. The cause of the fire is under investigation.