Structure Fire Contained to the First Floor in Norwich 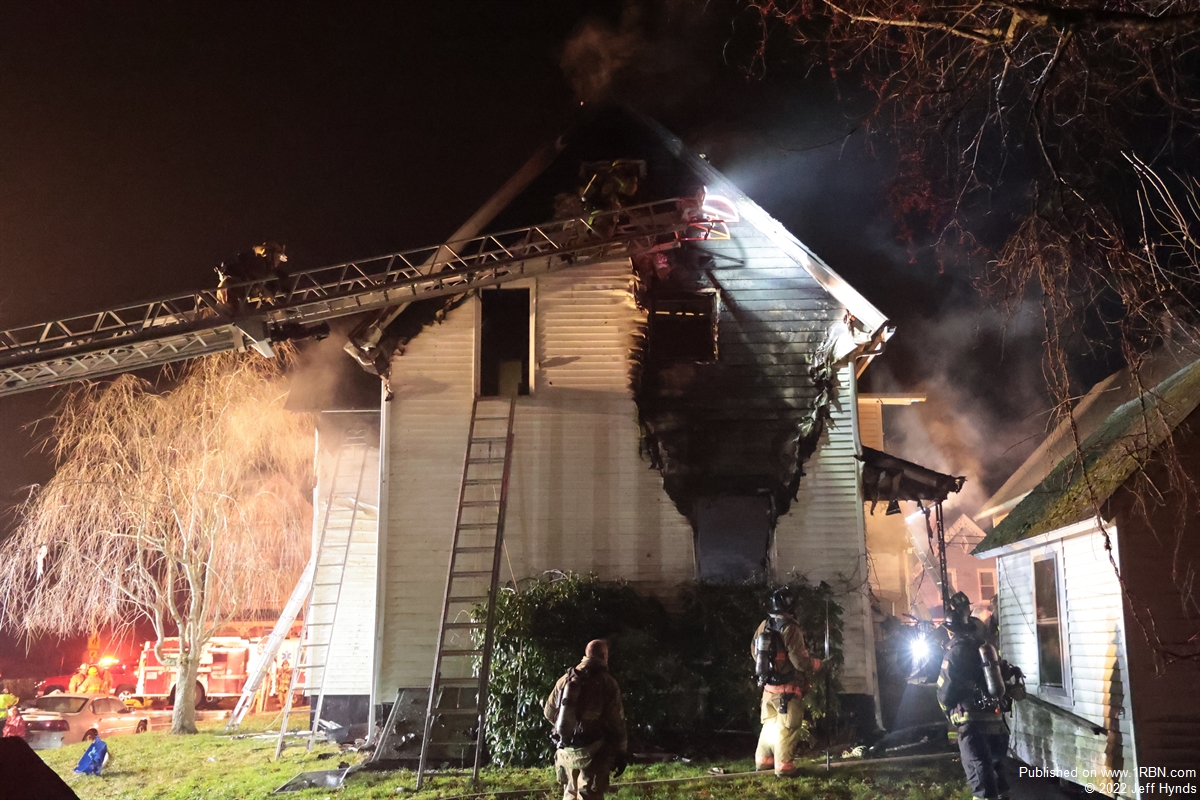 Photo by Jeff HyndsThe windows to the kitchen failed while members were advancing their hose line. 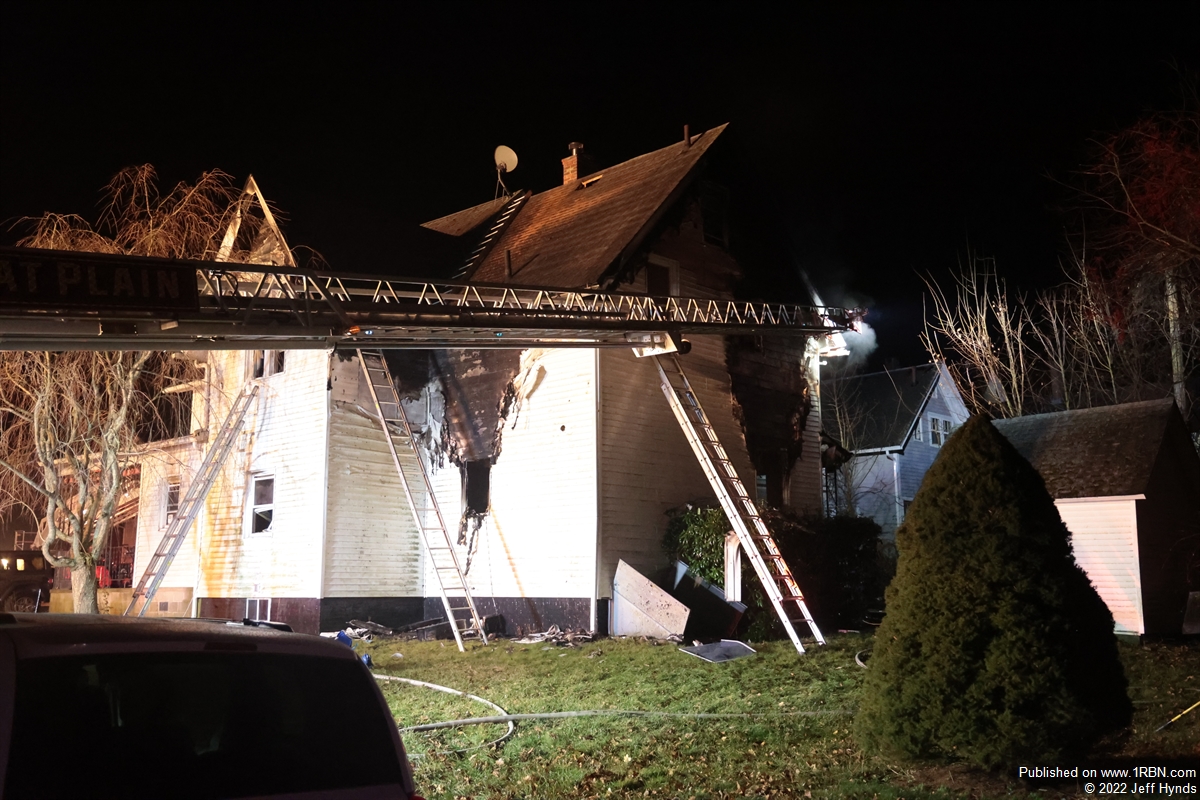 Photo by Jeff HyndsFire vented out of two windows in the rear and almost got into the attic. 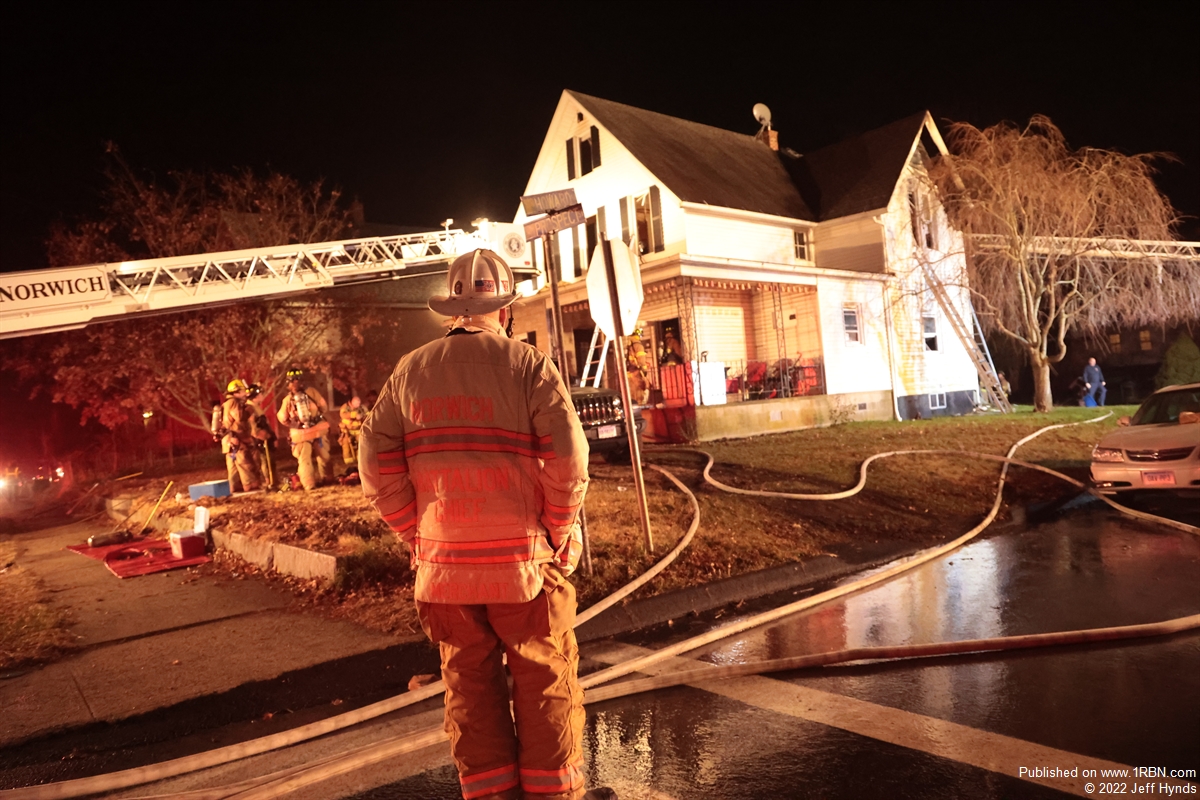 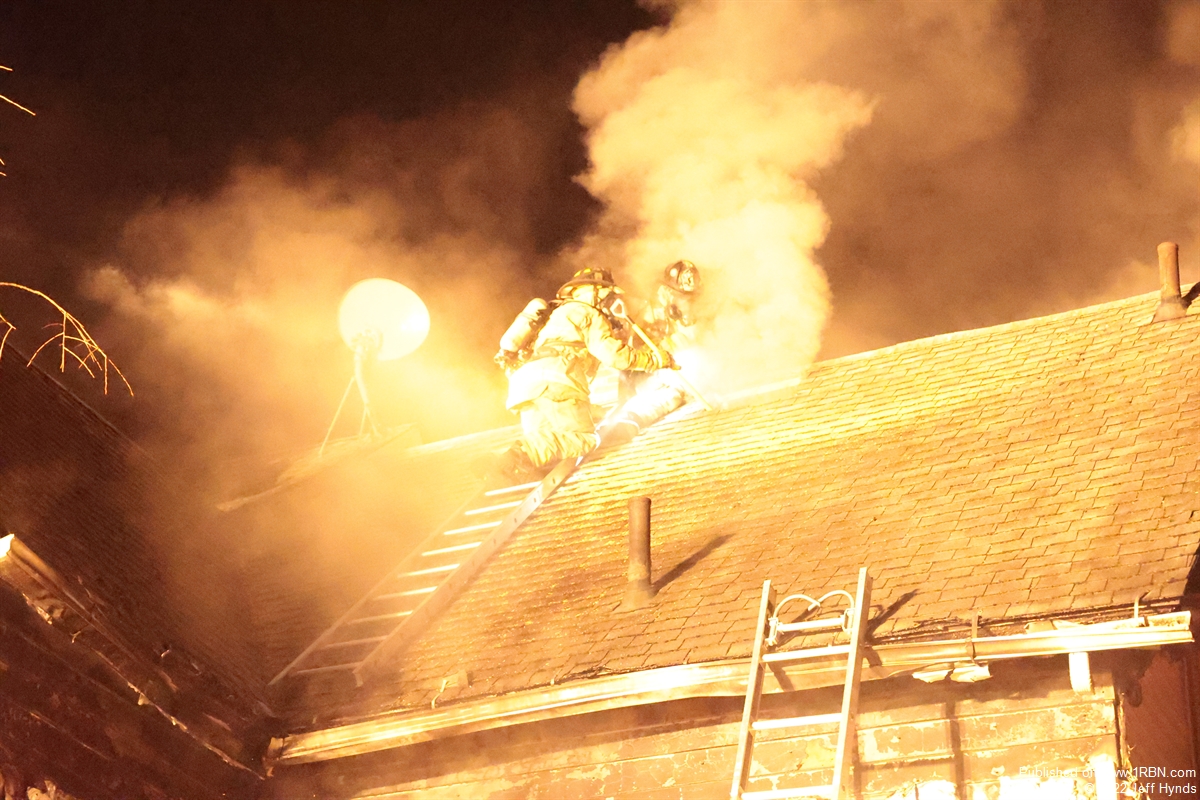 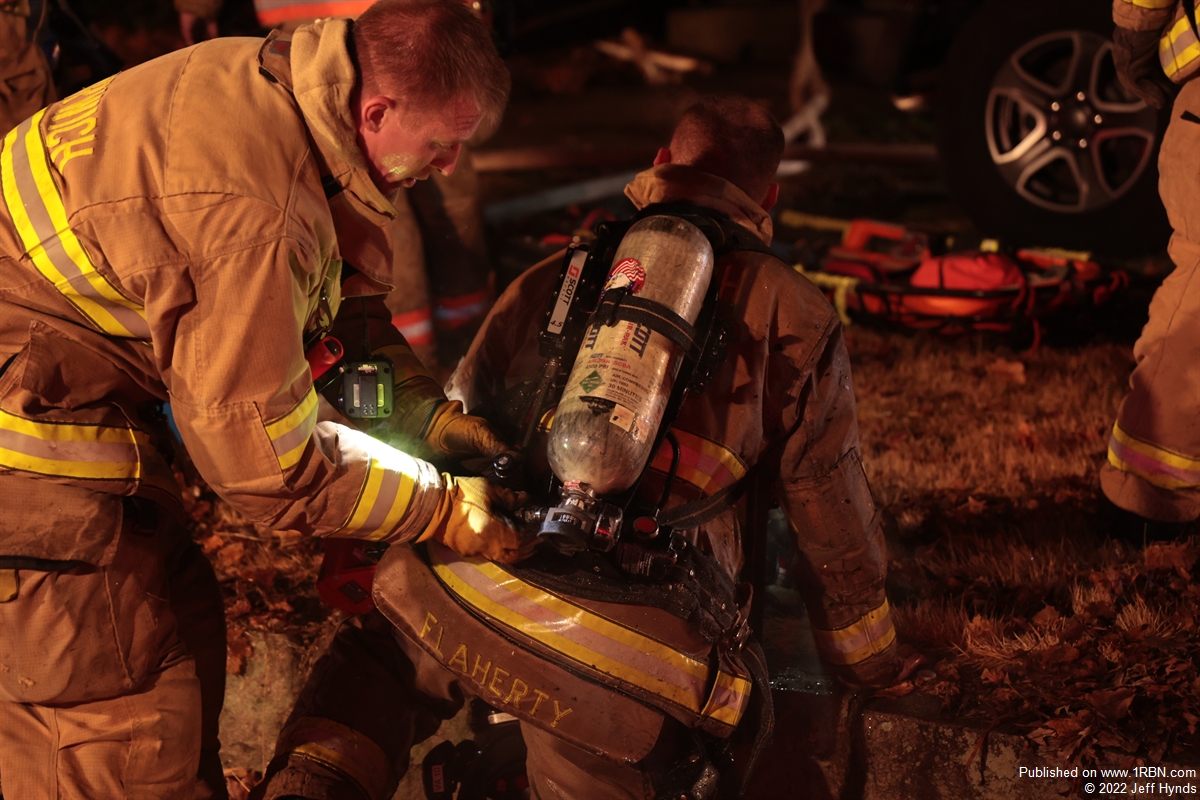 Engine 2 arrived at 8:18 P.M. with heavy smoke showing from the first floor of a two-and-a-half story wood-frame, with a woman reported to be on the second floor. Engine 2’s step man and driver stretched a one-and-three-quarter inch hose line to the front door while the lieutenant ascended the stairs to assist a woman out of the building.

The crew removed a cat from the first floor and advanced their line through hoarding conditions where they were met with multiple rooms of fire. Engine 2 made the push to the rear while Engine 3 washed down the 'Bravo', 'Charlie' and 'Delta' sides, which had fire extending up into the eaves.

Squad A hand-jacked five-inch from Engine 2 to the hydrant and established the water supply. Following that, they stretched a one-and-three-quarter inch hose line to the second floor and checked for extension. Truck 1 set up in the front and performed ventilation in the rear.

East Great Plain Ladder 5 set up on the 'Charlie/Delta' corner and opened the soffit in the rear while Rescue 5 filled SCBA cylinders. Crews from Yantic Engine 33 and Laurel Hill Engine 62 assisted with overhaul and cleaning up the scene. The Mohegan Tribal Fire Department provided the FAST and threw multiple ladders. American Ambulance evaluated one female for smoke inhalation, and the Norwich Fire Marshal’s Office is investigating.