Hometown Firefighter Devotes Career and Life to Helping Others 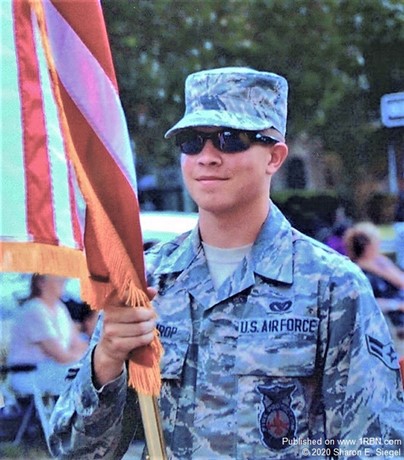 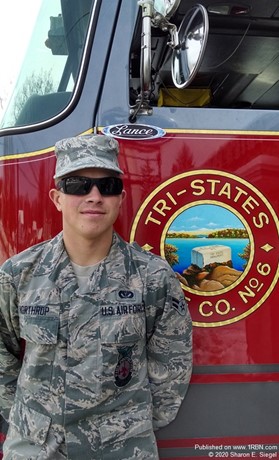 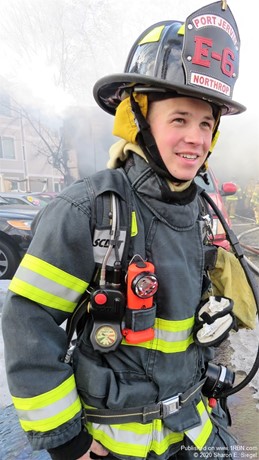 Photo by Sharon E. SiegelCamrin Northrop pictured during a large garage fire response with his hometown fire company, Tri-States Hose Co. 6, during a visit home in February of 2016. 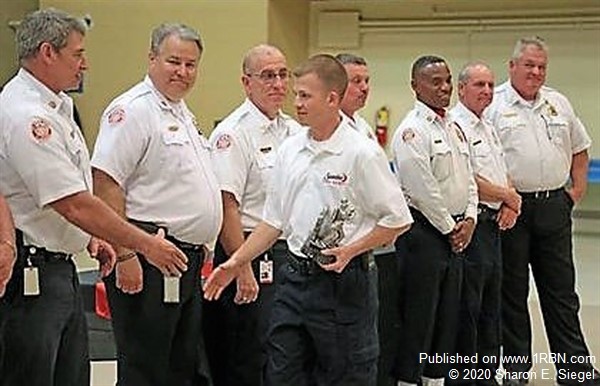 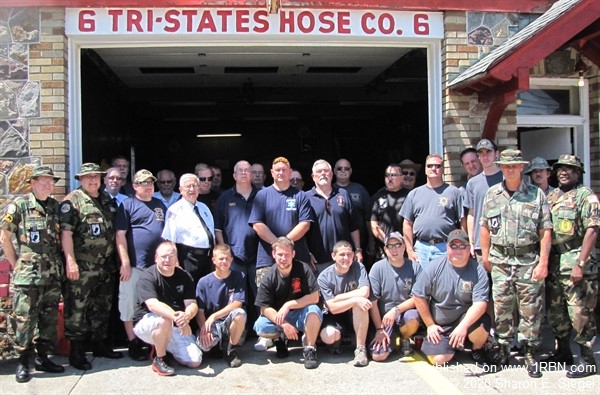 Photo by Sharon E. SiegelThen just seventeen and a junior firefighter, Camrin Northrop (front, second from left) is pictured at Tri-States Engine Co. No. 6's firehouse in advance to the start of Port Jervis Fire Department's annual Inspection Day Parade in July of 2011. 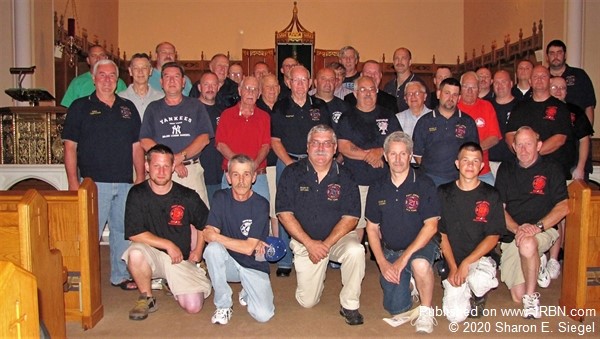 Photo by Sharon E. SiegelThen just seventeen and a junior firefighter, Camrin Northrop (front, second from right) is pictured with his fellow volunteer firefighter from Tri-States Engine Co. No. 6 and Port Jervis Fire Department during a Blue Mass held at St. Mary's Church before Parade Day in Port Jervis in July of 2011. 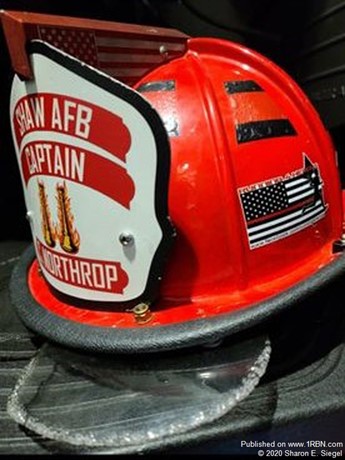 Port Jervis, NY - United States Air Force Firefighter Camrin Northrop grew up with encouraging words from his family, community members, and hometown firefighters as they observed his caring determination and energy directed toward making a positive difference. As a career firefighter, he continues to also serve as a volunteer firefighter in his NY hometown fire department and as a volunteer fireman near his SC base, never forgetting his roots and support that guided him in his earlier years.

Born April 24, 1994, Northrop graduated as part of Port Jervis High School Class of 2012, then Community College of the Air Force/Fire Science, and went on to enlist in the Air Force.

Northrop had always expressed an interest in firefighting. When tragedy struck his community, a fatal fire in which he lost three friends, deeply affecting many people, he knew then that he would join Port Jervis Fire Department as soon as he was eligible. Northrop became a junior firefighter at 16, in 2010.

Now 26, Northrop is an active-duty military firefighter, E6/Technical Sergeant in the Air Force. He served overseas in an undisclosed location as a firefighter for six months with the USAF, and has served for the past seven years as a firefighter at Shaw Air Force Base in South Carolina. He is currently Assistant Chief for Operations (B-Shift).

“I have a team of 25 amazing firefighters that come to work and get the job done daily!,” Northrop said of fellow firefighters he works with in a job he loves.

The base provides mutual aid to a very active fire department right out of the gate. Besides his career position as a firefighter, Northrop is also a lieutenant for the Sumter County Volunteer Fire Department, assigned to Cherryvale Station #1.

As a firefighter, Northrop has experienced a wide range of emergency responses in his career, both as a military firefighter and as a PJFD volunteer firefighter in his New York hometown and SCFD in South Carolina. These have included warehouse, structure, and other fires, medical assistance requiring CPR, ROSC and more, and accident and other emergency calls.

“Every call I go on has meaning to me. Any call I respond to I try to make someone’s worst day a bit better. It may be just to give someone a shoulder to cry on, or bring a belonging that we saved from a fire to the family,” Northrop said. “Helping the community is what it is all about.”

Northrop hopes to one day accomplish as a firefighter becoming chief of a fire department. He has specific goals in mind as he leads, including passing along the same encouragement and guidance shown to him on his life’s paths.

“I would work to take my team to the top, grow and lead them with professionalism, respect, and knowledge, make sure they have all the tools needed to do the job safely, and provide an environment that everyone would want to be part of,” Northrop said.

Outside of his work day, Northrop provides medical and fire response for a local dirt track near his base. He is also the director of the non-profit group ‘Running 4 Heroes’. This foundation was the idea of a 10-year old boy with a strong interest in running, and in helping emergency responders, much the same as Northrop’s childhood path. 'Running 4 Heroes’ honors fallen heroes and supports first responders injured in the line of duty, as well as providing grants to injured responders.

Northrop’s advice to anyone with an interest in becoming a firefighter?

“Whether you join a paid or volunteer department, hit the ground running and always look for ways to better yourself. Take classes not only to become certified, but to learn to do more things. Attend professional development classes and conferences, and network with others. Bring ideas to the table to better yourself and others around you,” Northrop advised.

And while you’re at it, be sure to enjoy serving others in your daily life.

“Do things with a smile and show compassion to the ones in need. Negativity is everywhere, and I challenge anyone to take the negatives in life and make them a positive,” Northrop added with the perpetual smile he has always been known for. “It will lower the stresses in life and make everyone feel better!”