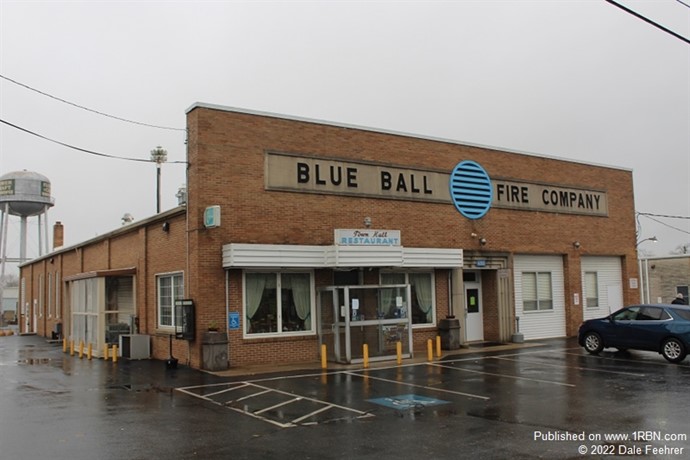 The Town Hall Restaurant originally served as the Blue Ball Fire Company in East Earl, PA (Lancaster County). The fire company sold the building in the early 1950's after their new fire station was erected just a few feet up the street. The Town Hall Restaurant opened it's doors on June 11th 1955, and has continued to be a family run restaurant serving great home cooked food with great prices. Other than the large letters above the entrance, there is not much left to indicate that this was originally a fire station. The dining area was placed where the fire companies offices and lounge were located, and the apparatus garage doors have closed off and covered up.

On a side note, celebrity Mike Rowe from "Dirty Jobs" dined at the restaurant while passing through to film an episode for the show at a nearby farm.