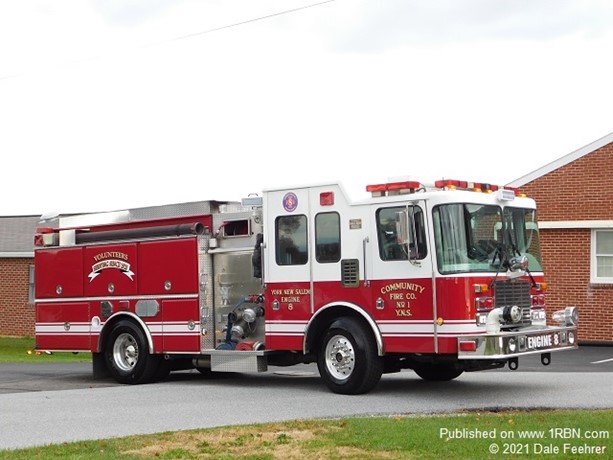 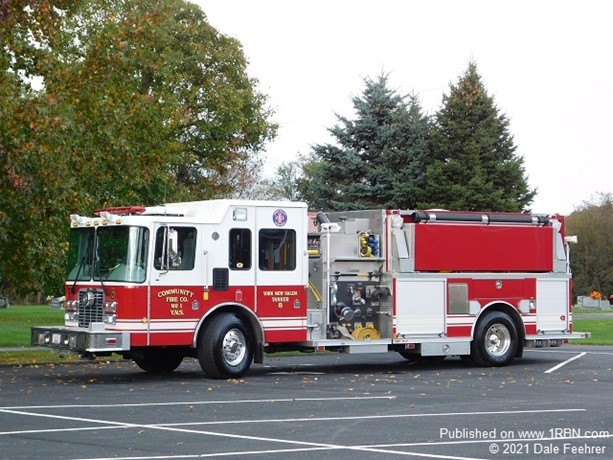 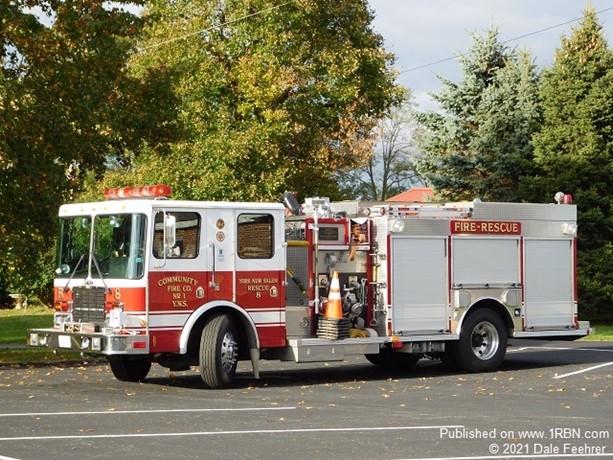 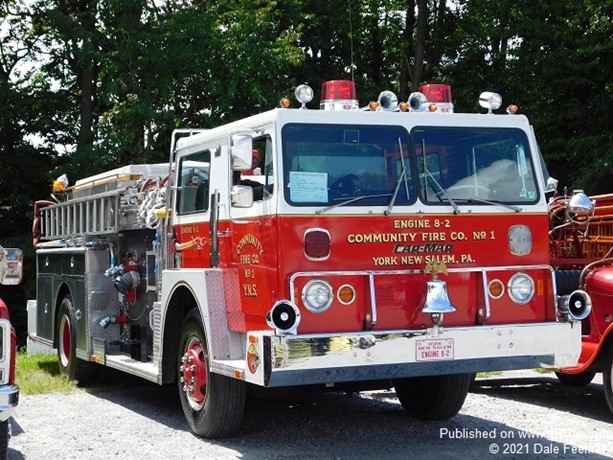 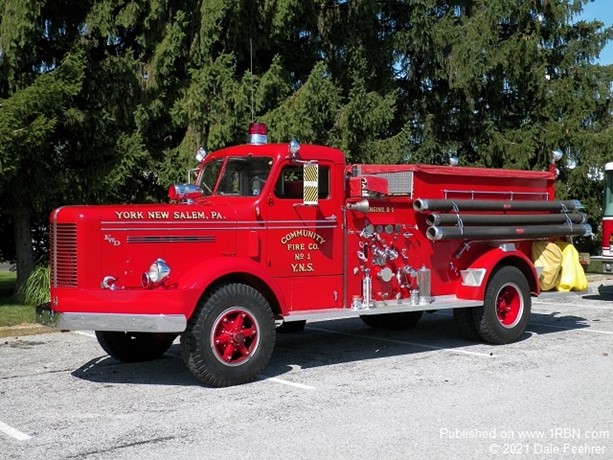 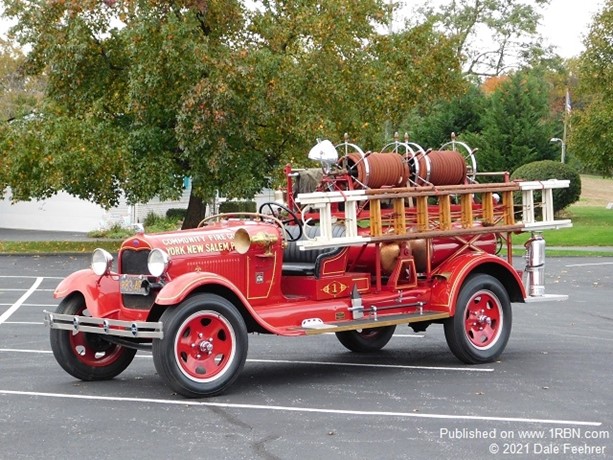 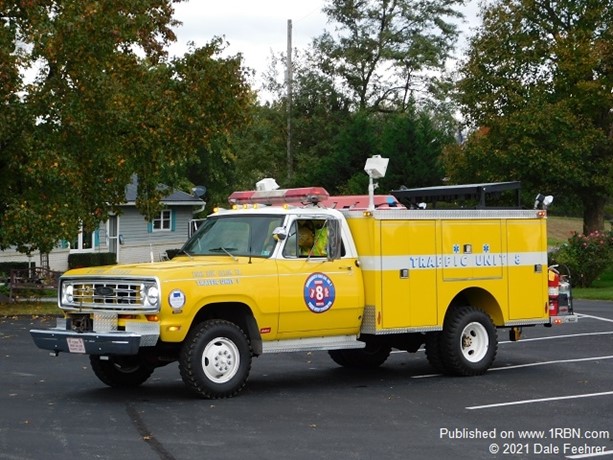 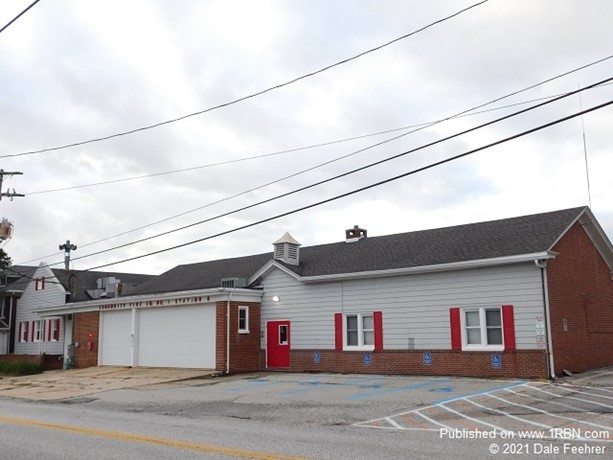 Sitting quietly less then ten minutes away from the City of York, is the borough of New Salem. With a population under 800 people and only a couple streets that go through this town, it is very easy to see why this is the smallest borough in York County.

The Community Fire Company #1 of York New Salem was founded in 1928 and has continued to operate into present day. With being such a small area, most of their emergency responses are outside the borough or to neighboring communities assisting nearby companies. The twenty two active volunteer members respond to between 200-300 calls per year. The fleet of apparatus consists of two categories (active & antiques). The active pieces consist of an engine, pumper-tanker, rescue-pumper, & traffic unit. The antique pieces kept at a separate station consist of a 1929 Ford chemical pumper which was the companies first purchased piece, a 1953 FWD pumper, and a 1976 Hendrickson/Car Mar pumper that is currently listed as a reserve.