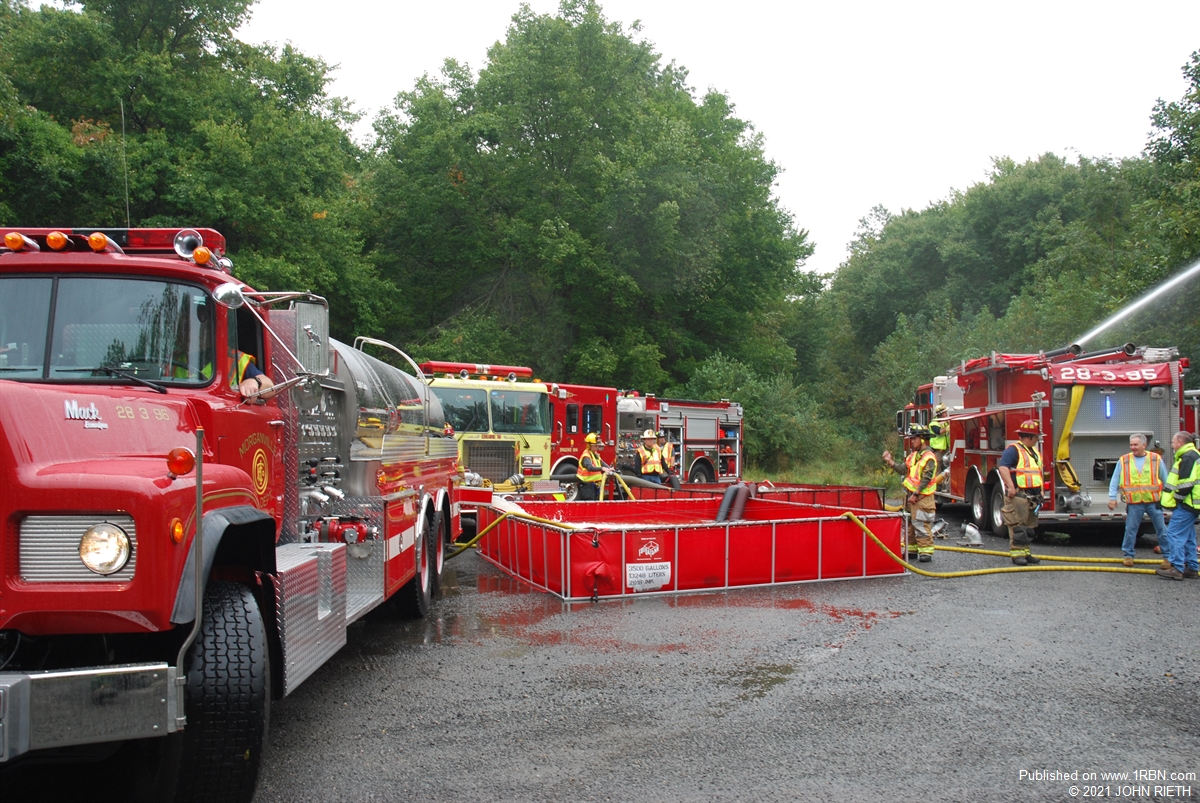 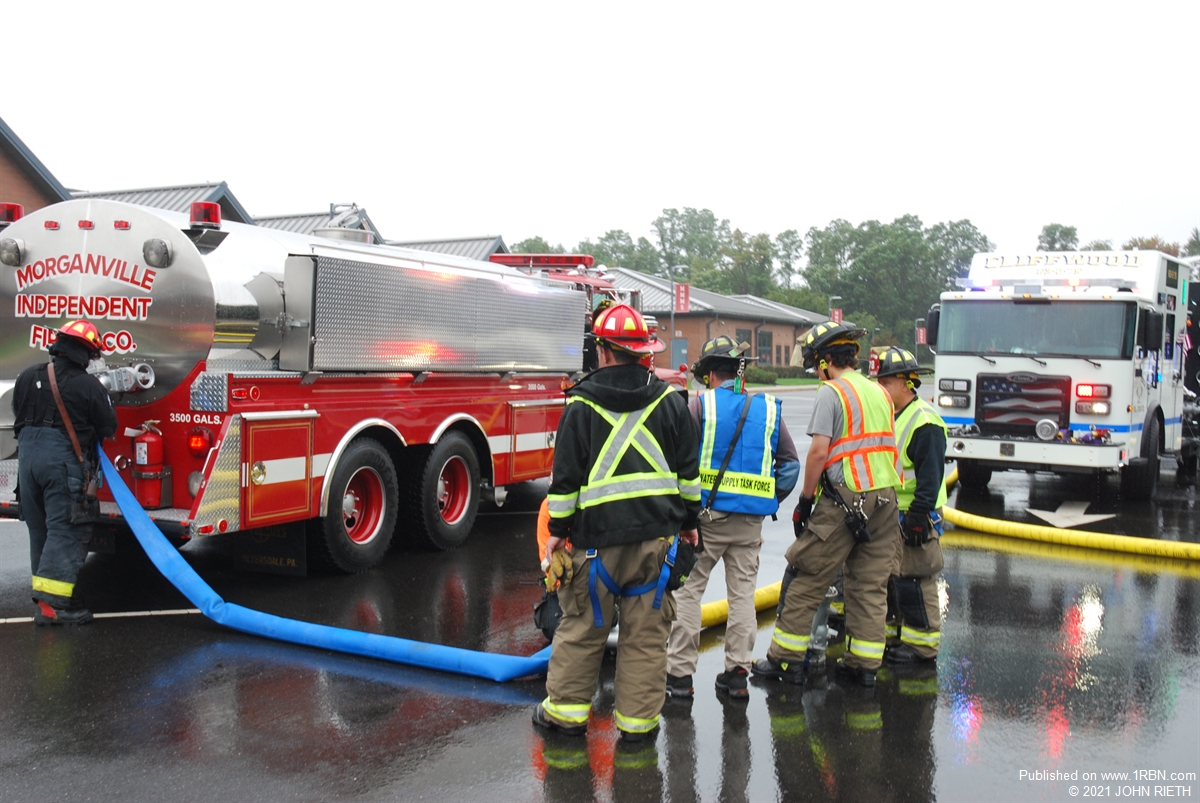 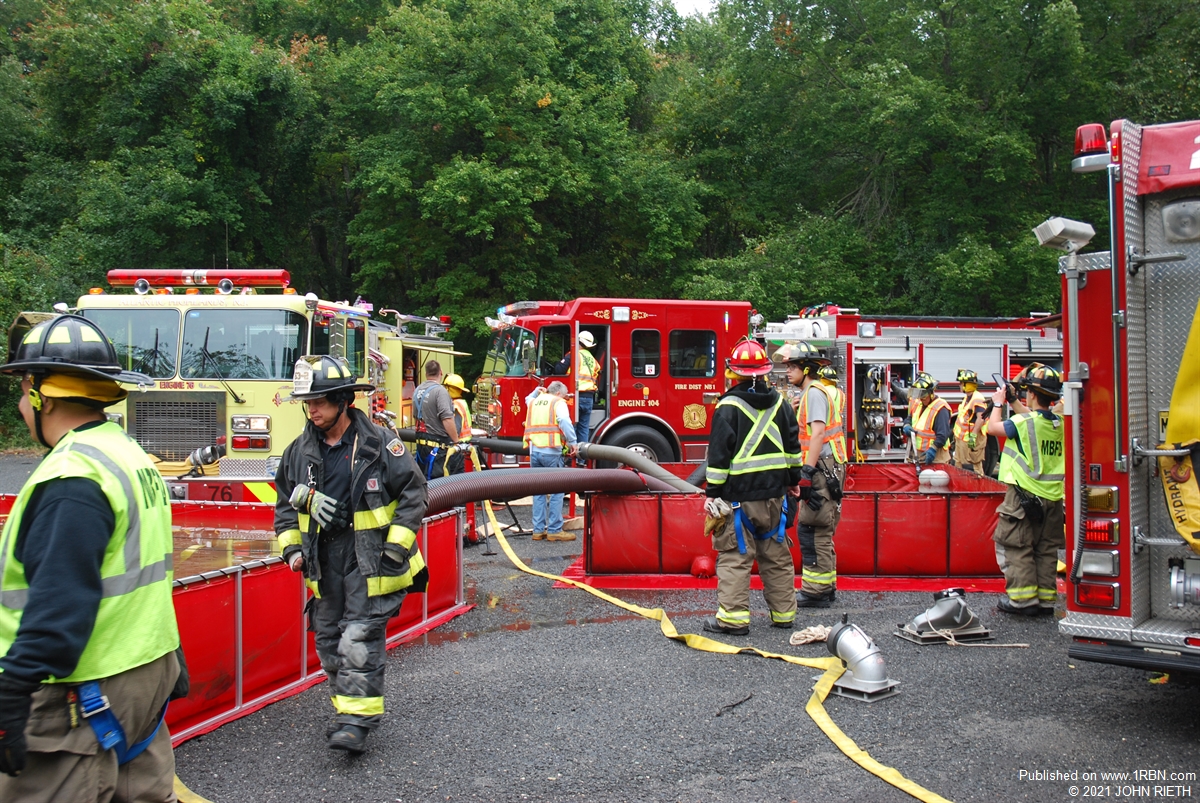 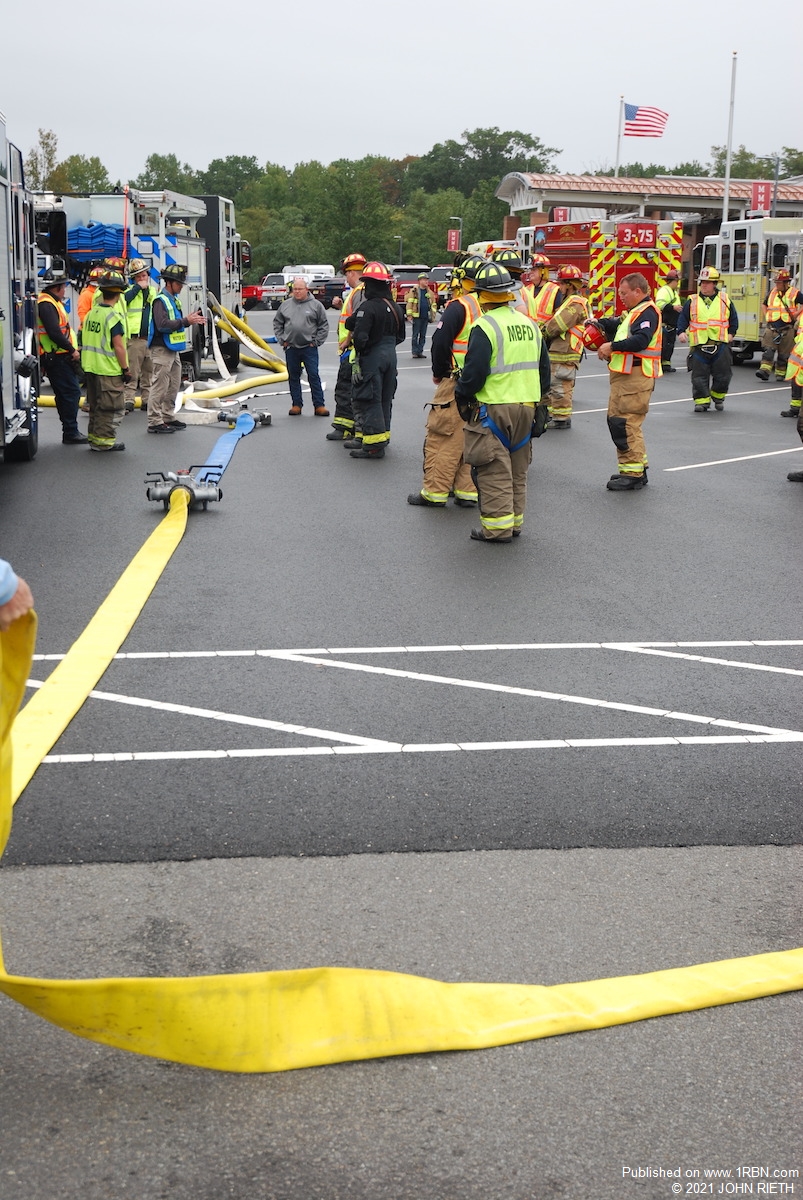 The training include a basic water tender operations, including nursing operations to start with a "Rural Hitch" which is a jumbo Siamese (2 5 inch into the appliance, with one 5 inch going out). A water supply point was established with two drop tanks. A draft engine suppling the fire, and a transfer engine supply two jet siphons, where operating at the water supply point. Two fill sites each with two fill stations were set up with two engine companies. The training was a slow set up, to explain and teach all the involved the safest and most efficient ways to set up for a water tender shuttle.

With only three tenders shuttling water, we were able to average almost 800 gpms. The objective of the training was not quantity of water, but quality of training. The training started with a briefing, and end with an after action review.

Morganville Fire Dept. would like to thank the following Fire Departments/Companies and agencies that attended to make the training a success.