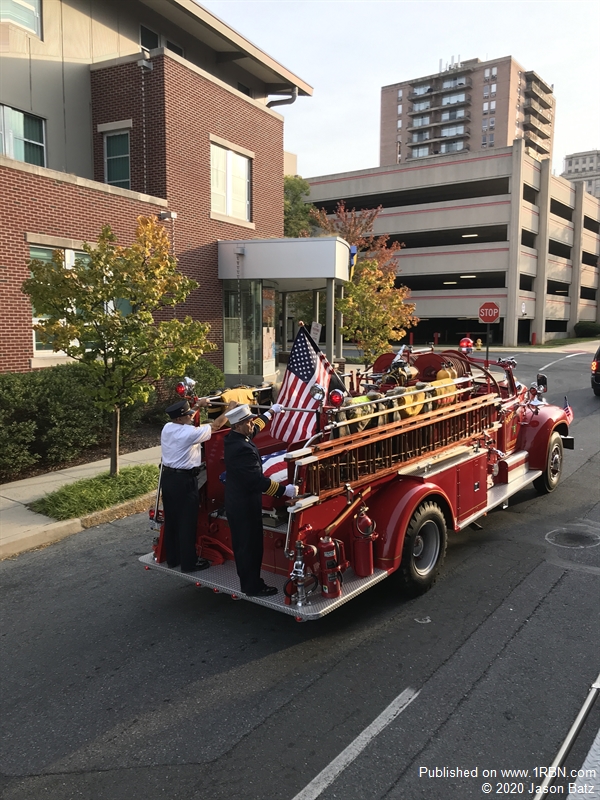 Photo by Jason BatzFire Chief Russell Mogel takes his final ride through the city on Engine 3 a 1959 Mack Pumper. 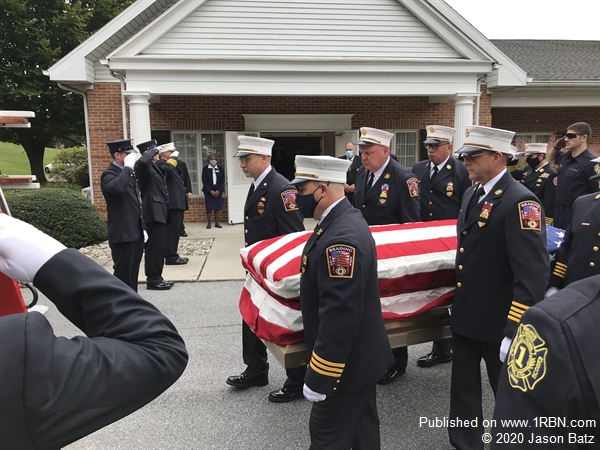 Photo by Jason BatzReading Fire Officers carry Fire Chief Russell Mogel out of the funeral home amongst a line up of area firefighters before being transported to the Cemetary. 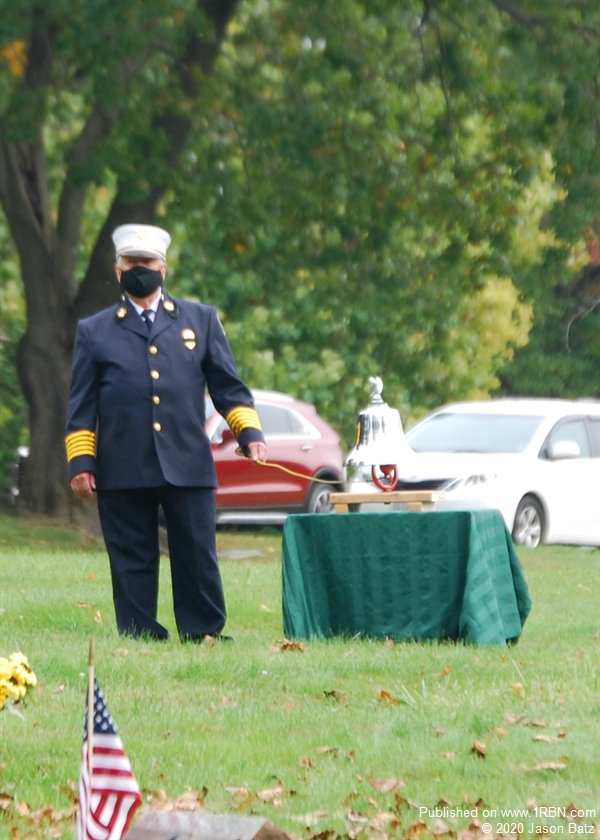 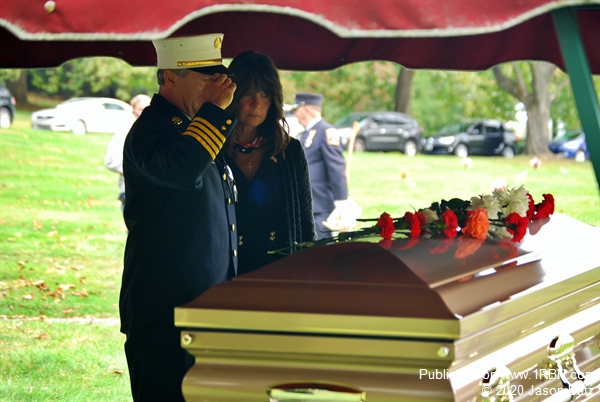 Photo by Jason BatzRetired Deputy Chief Gary Mogel salutes his Father at the end of the service memorializing the life of Fire Chief Russell Mogel.

Retired Reading Fire Chief Russell Mogel was laid to rest on Saturday, October 10th at the Forrest Hills Memorial Cemetary. Russ joined the Riverside Fire Company in 1939 as a volunteer firefighter. In 1953 he was elected as an Assistant Fire Chief for the City of Reading, ascended to the rank of Deputy Chief, and eventually became Reading’s Fire Chief in 1971, retiring in 1983. He was the owner and operator of Mogel Fire Extinguisher Sales & Service for 67 years retiring in 2017. Russell was a Pennsylvania State Fire Instructor for 45 years teaching locally and as an adjunct instructor in Lewistown. He and his father, Paul were the first father/son duo state instructors who taught countless firefighters across the state. He was proud to continue this father/son tradition of teaching with his son Gary. Fire Chief Mogel was very instrumental in acquiring the location to what is now the Reading/Berks Fire Training site knowing the importance of continued education to better serve current and future firefighters. In 1974 he designed the city’s first “Super Pumper”. The Hahn Pumper had a 1750-gallon per minute pump and a 750-gallon water tank to protect the large industrial properties in the district. The Chief was also a founding member of the Pennsylvania Career Fire Chief’s Association. He saw the need for the surrounding are chiefs, who were managing similar size departments, and who could benefit from sharing each other’s labor, personnel issues, firefighting tactics, and purchasing of apparatus and equipment. He was a Lifetime member of Riverside Volunteer Fire Company, International Association of Fire Chiefs, PA Fire Chief’s Assoc, Berks County Fire Beneficial Assoc, Riverside Beneficial Assoc, Keystone Fire Company-Myerstown, and the Virginville Fire Company.