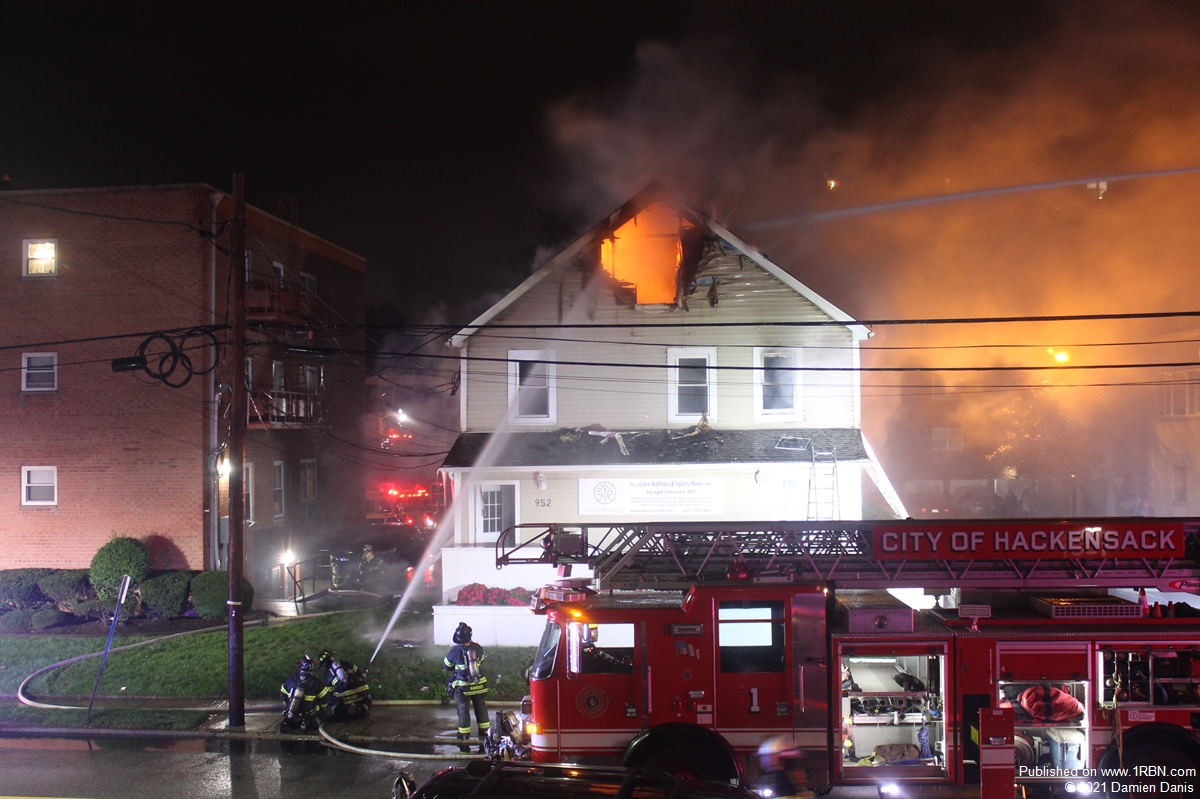 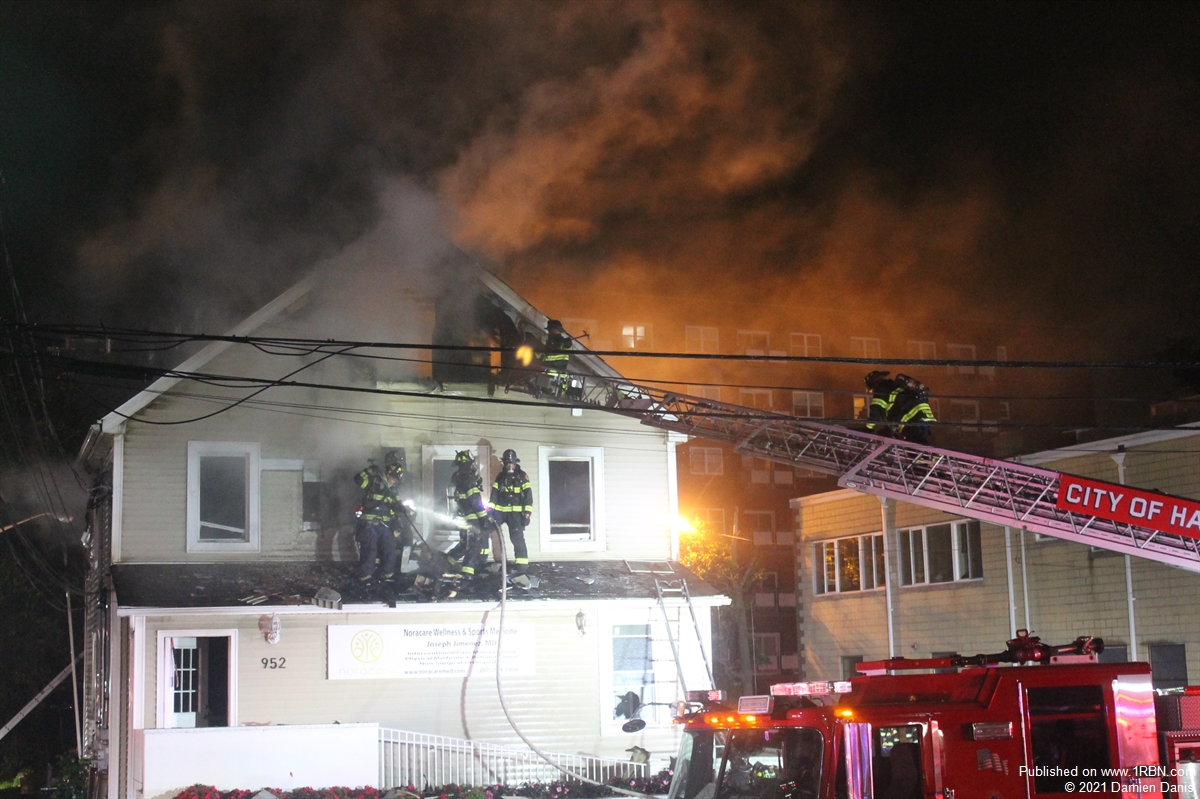 Shortly before 11 p.m. on the evening of October 9th a three alarm fire destroyed a Hackensack office building which housed Noracare Wellness . The blaze which broke out at the 2½-storybuilding at 952 Main Street caused major fire damage.

Master streams knocked down the flames, which vented through several windows as heavy fire extended to the second floor and attic and vented through the roof. Mutual aid companies on scene were firefighters from Englewood, Teaneck, Bogota and Ridgefield Park and standing by at fire head quaters were Bergenfield, Maywood, Rochelle Park and Little Ferry . No injuries were reported. The fire is being reported to have began as a fire in an exhaust fan .