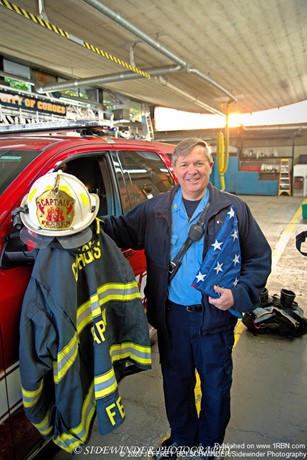 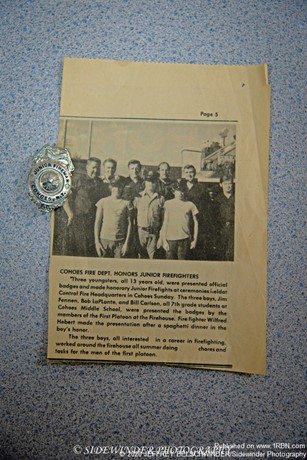 It all started in 1973 when now Captain Jim Fennen of the Cohoes Fire Department walked into the station and began volunteering his time helping the firefighters by washing rigs, rolling hose, and helping around the fire department. He continued helping at the fire department through high school up to the day he graduated and then joined the New York Air National Guard where he became a firefighter, moving up the ranks from firefighter to Deputy Chief of Operations of the United States Air Force. Captain Fennen had a 22 year career in the United States Air Force. While Captain Fennen was in the Air National Guard he followed his dreams and became a Cohoes Firefighter on December 25, 1989 and it was all up hill from there.

Captain Fennen moved up the ranks quickly in the Cohoes Fire Department, going from a Captain in 1996, to Deputy Chief in 2001 and then to Chief of the Department in 2002 before stepping back to his present rank of captain in the department. Captain Fennen was present for most of the largest fires in the city's history, including the Mill fires of the 1990’s and 2000’s, and the most recent massive fire on Remsen Street where numerous buildings were destroyed and 31 buildings were damaged.

Now retiring after 31 years of service to the residents of the City of Cohoes, Captain Fennen plans to take it easy and enjoy retirement with his family and friends. When we asked Captain Fennen what he will miss the most he stated, “I'm going to miss my fellow firefighters and the strong dedication they have for the city. Also, the smell of the firehouse after a fire, but also washing the fire engine after a long day."

Captain Fennen is well loved by all of the firefighters from the department and is seen as a mentor for the new firefighters that are coming on to the job. He will be missed by all of his coworkers.

We at Sidewinder Photography would like to wish Captain Jim Fennen a healthy, long, and happy retirement.