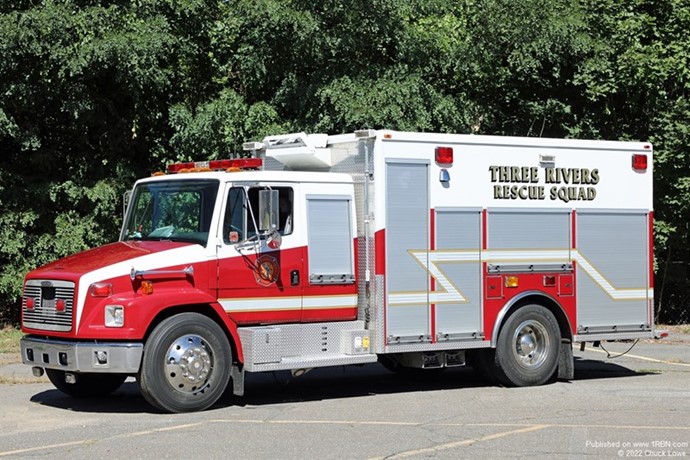 The Three Rivers Fire Department in Palmer runs a 2000 Freightliner FL70 / American LaFrance as Rescue 1. This apparatus, which was acquired in 2013, was previously owned by Westminster Mass.