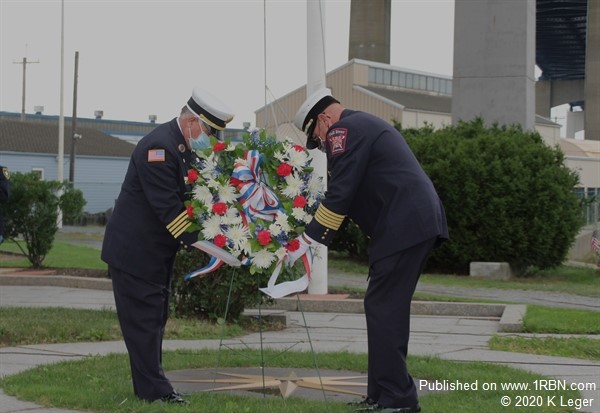 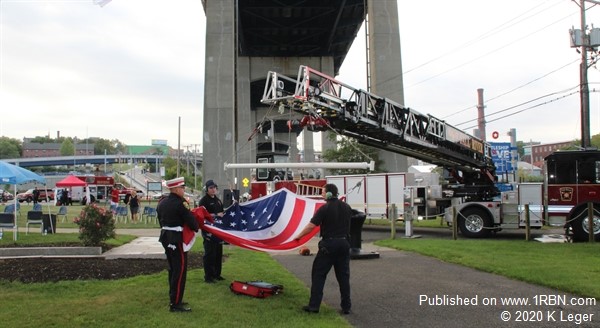 Fall River, MA - Public Safety officials from Bristol County gathered at Battleship Cove, the site of the State memorial to the Massachusetts residents who perished on 9/11, nineteen years ago. After a speaking program, a wreath of flowers was laid at the memorial. White doves were released after the playing of taps, followed by a lone bagpiper playing Amazing Grace.