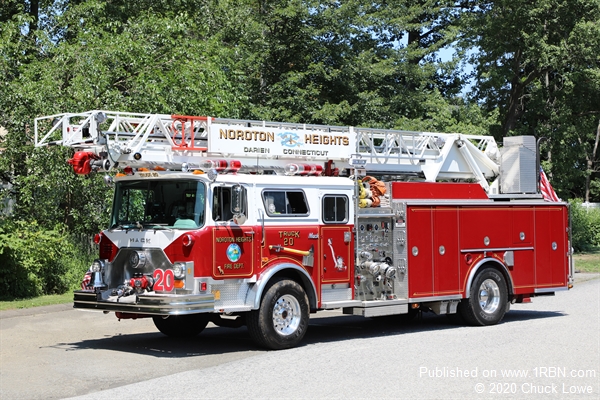 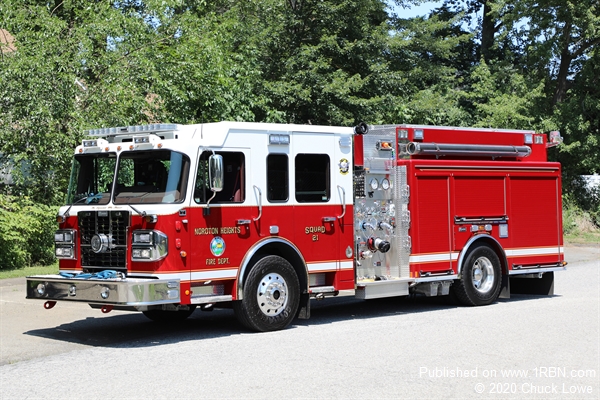 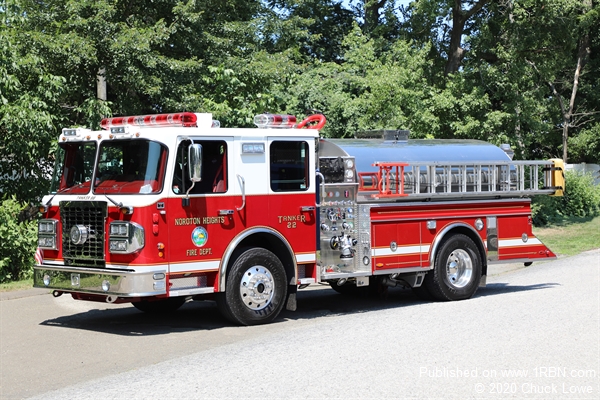 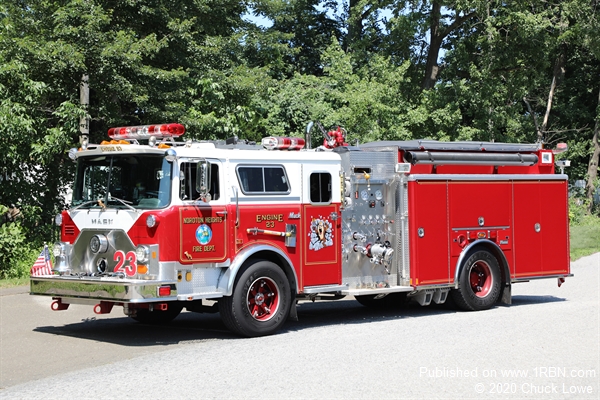 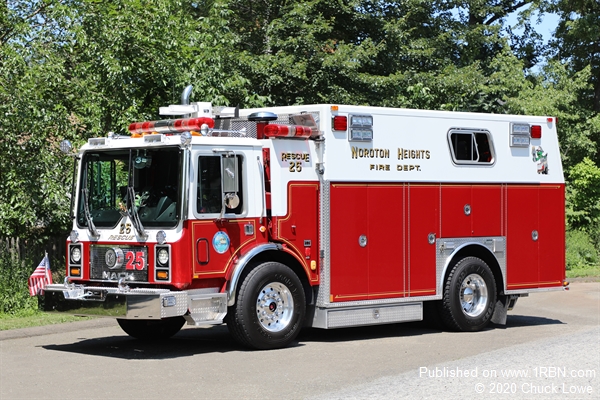 Noroton Heights Fire Department was established in 1903 following a fire that destroyed the Waterbury Farm. The owner of that farm was concerned by how long the town department took to respond to fires in "The Heights". That unease led him and other residents to form a separate 13-man department. This group purchased their own hand-drawn engine that ran out of the back of a blacksmiths shop. A few months after being formed, Noroton Heights Fire Engine Company Number 1 quickly extinguished what would have been a devastating fire in the rail yard.

Over a century later, NHFD proudly remains 100% volunteer and they have grown significantly. They now have 100 dedicated men and women who staff seven pieces of apparatus. This fleet and various support vehicles run out of a congested 4-bay station that was built in 1955.

For decades this department took pride in buying apparatus on Mack chassis. This became more difficult when Mack stopped accepting orders for complete apparatus in 1983, and nearly impossible when the CF chassis was discontinued (1990). Three Macks remain on the roster, including Engine 23, a former FDNY rig that worked at "Ground Zero". The more recent purchases are on Spartan chassis and include the department's first Squad. Truck 20 is the next Mack-CF to be retired, but the department has not decided on its replacement yet.