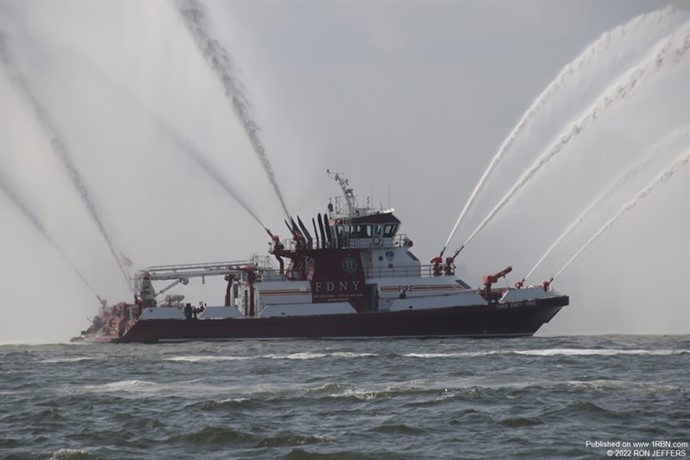 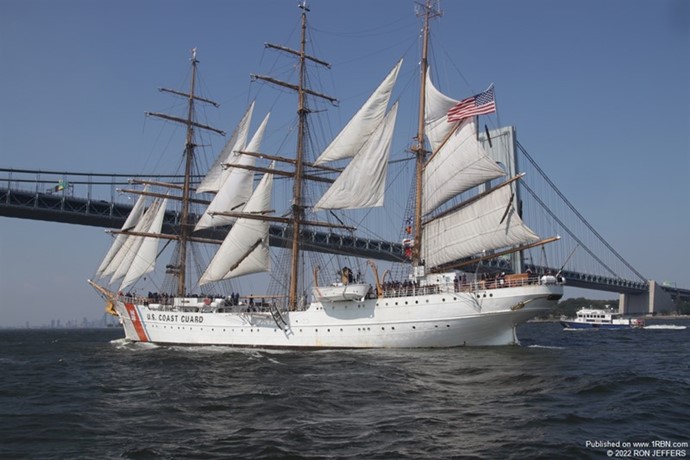 Photo by RON JEFFERSPhoto of Eagle entering the Port of NY & NJ.

As the United States Coast Guard celebrated its 232nd birthday, the USCG "Eagle" entered the Port of New York and New Jersey with an escort of USCG, FDNY and New Jersey fire department and police vessels, on August 4th. On board "Eagle" was the 27th Commandant of the USCG, Admiral Linda L. Fagan. Admiral Fagan assumed the duties on June 1st. The "Eagle" was built in 1936 by the Blohm-Voss Shipyard in Hamburg, Germany. Originally, it was operated by Nazi Germany to train cadets for the German Navy. The ship was taken by the United States as a war prize after World War II.