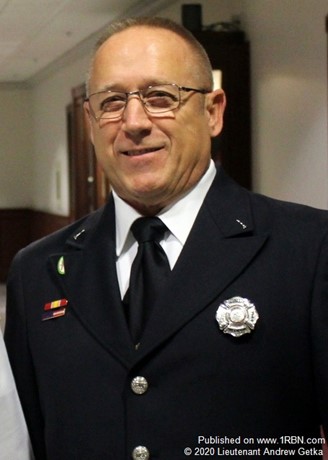 Congratulations to Lieutenant James Miller on his retirement after serving 13 years with the city. Jim was hired in June of 2007. After completing the Fire Academy Miller was assigned to the A platoon and within a few months took an assignment on Engine 14. Firefighter Miller worked Engine 14 for several years until the city's distressed status closed the company in 2011. For the remainder of the year, Jim functioned as a jumper firefighter filling vacancies in other units. In March of 2012, Jim took an assignment on Engine 5 with the "D" platoon. In October of 2019, Jim was promoted to Lieutenant in the Fire Marshal's Office. One point of interest to note is that Lieutenant Miller came to us as a retired Allentown Firefighter where he served as a Lieutenant on an engine company. We wish him the best of luck!