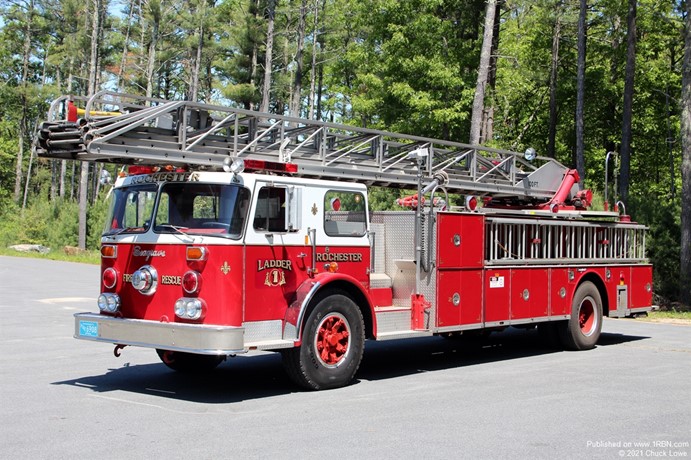 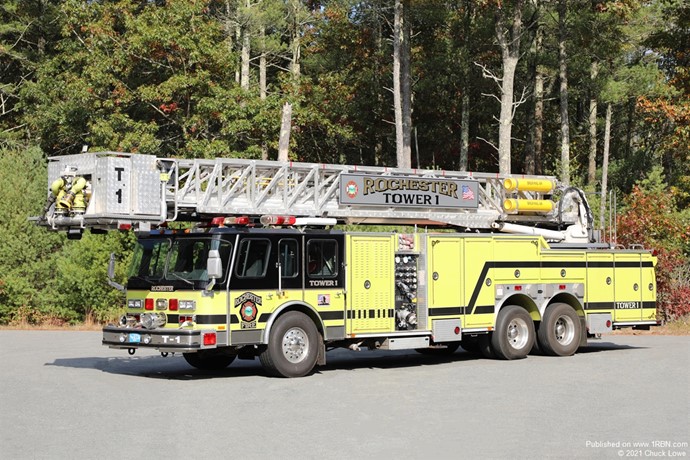 Rochester currently operates with a 1996 E-One Hush 1500/200/95' Tower. This apparatus was acquired in 2015 from Woodbridge Township, NJ. It previously operated as Truck 5 of the Avenel Fire Department. Prior to this Tower going in to service the Town ran a 1974 Seagrave 100' Aerial. That rig was originally FDNY Ladder 49, serving the Highbridge section of the Bronx. It later did time on the cape as Yarmouth Ladder 41.