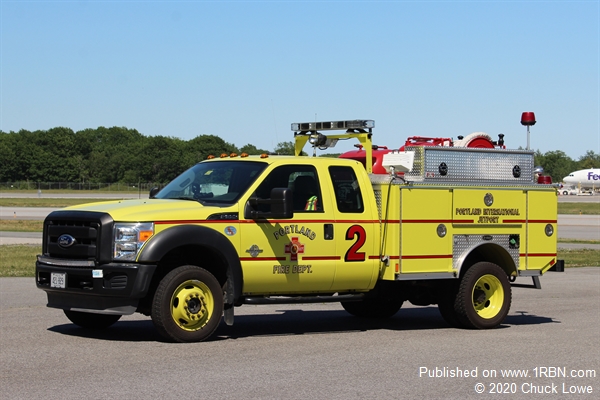 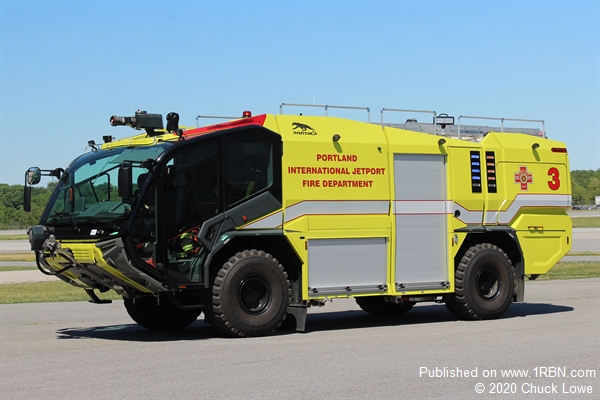 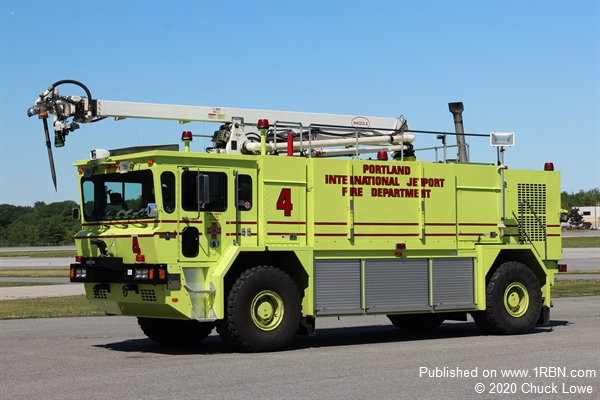 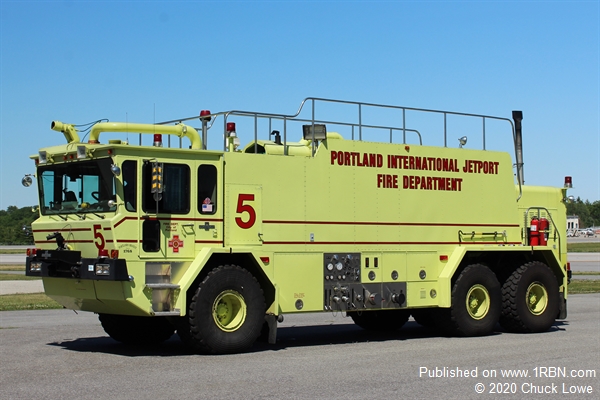 Portland International Jetport is a public airport located a few miles west of downtown. It's owned and operated by the city even though the main runway is located in neighboring South Portland. PWM covers 726-acres of land and pre-COVID, 19 was handling more than 2 million passengers annually. They recently received $4.5 million in federal funds to construct a 1,200-foot-long taxiway connecting runways.

Aircraft Rescue and Fire Fighting for the facility is provided by the city, with just one officer and a firefighter normally assigned here. Plans to add a second firefighter were scrapped by the pandemic so outlying stations, with cross trained personnel, provide assistance on major incidents. The fleet here includes one command vehicle, a RIV vehicle and three crash trucks. The newest of these CFR vehicles, arriving last year, replaced a tired 1977 Walters CT4. No additional purchases are planned.