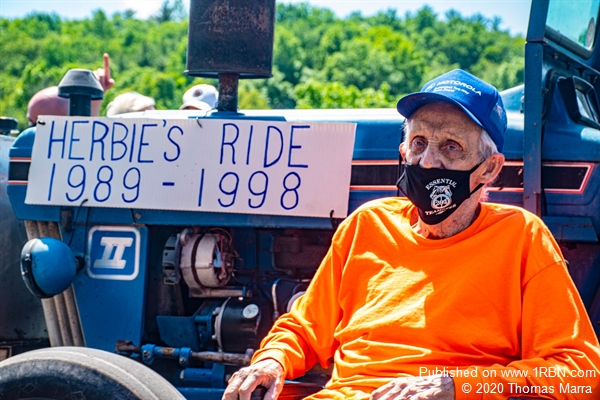 Photo by Thomas MarraHerb Williams was surprised to see the original tractor he drove when he worked for the Town of New Baltimore Highway Department. 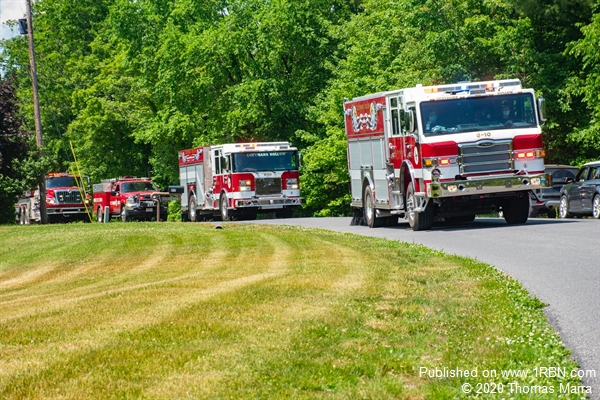 Photo by Thomas MarraThe fleet from the Coeymans Hollow Fire Department paraded with other agencies to honor Herb Williams. 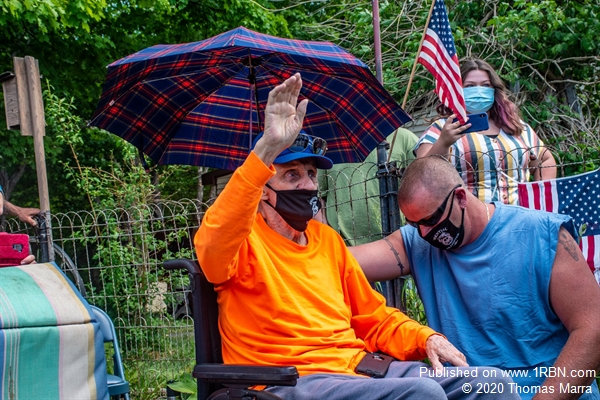 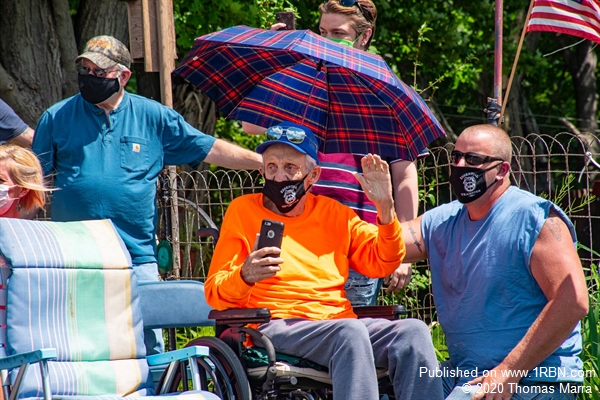 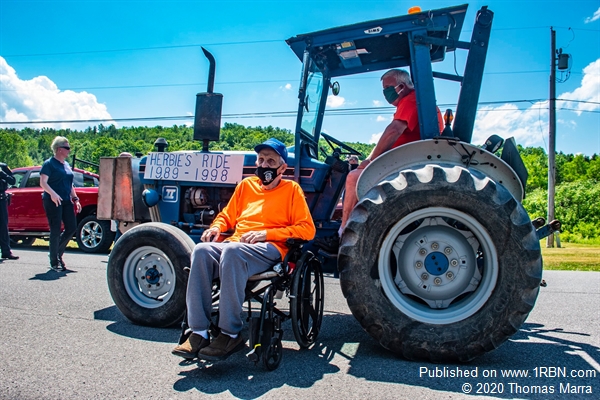 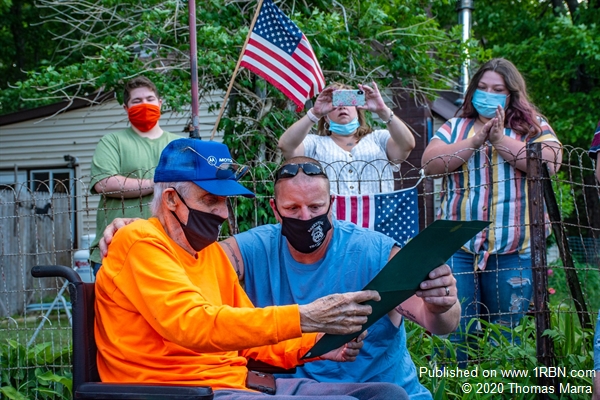 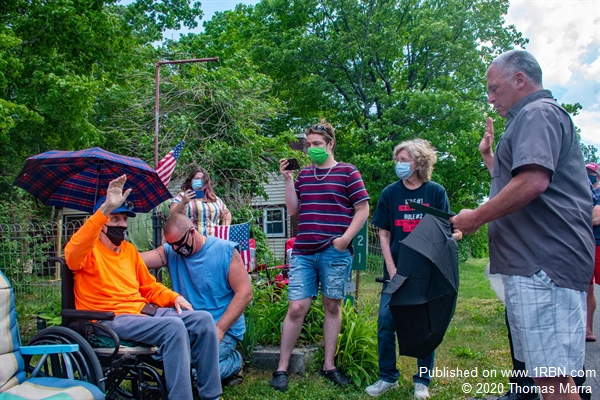 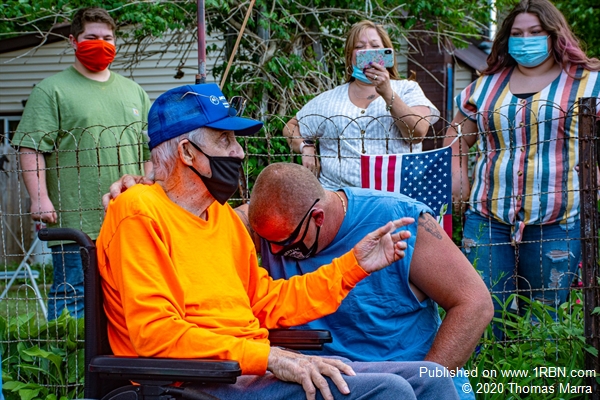 A longtime local resident in Alcove battling cancer received a parade and a ceremony in front of his home honoring him for his dedication to his community.

According to Michelle Kapusta, the organizer of the parade, Williams has a rapidly spreading cancer that he is receiving radiation for and his wife, Rose, is being treated for cancer as well.

A parade was held to honor Williams as well as a brief ceremony where he was sworn in as Sergeant at Arms and Honorary Life Member of the Coeymans Hollow Fire Department, which he has been a part of for many years.

Town of Coeymans Supervisor George McHugh was also at the event to present Williams an appreciation award for his amount of community service he has committed his time to.

"He does everything for everybody," said his son, Herb Williams III. "Even while he was in the hospital he was worrying about what was happening in the neighborhood and if everybody is alright."

Williams is a retired employee of the New Baltimore Highway Department.

After the ceremony was over, the original tractor that Williams used at his time at the New Baltimore Highway Department was brought out to him as a surprise.

He was asked if he had anything to add and with tears in his eyes he replied "thank you."

"Without the amazing team that we have here, things like this just aren't possible," said Kapusta. "I hope that every department around every area of the world could have what we have here."