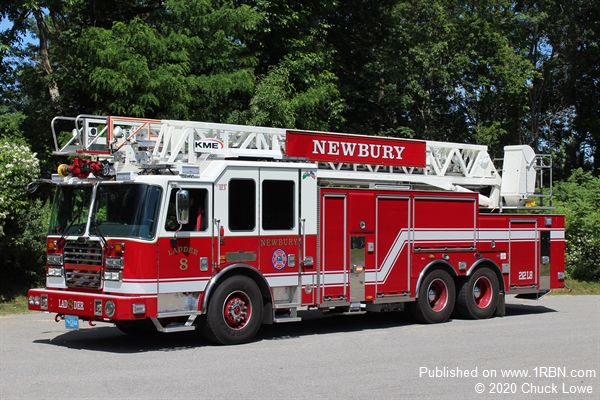 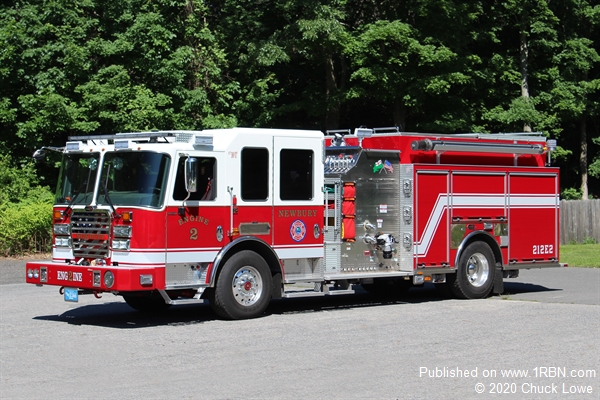 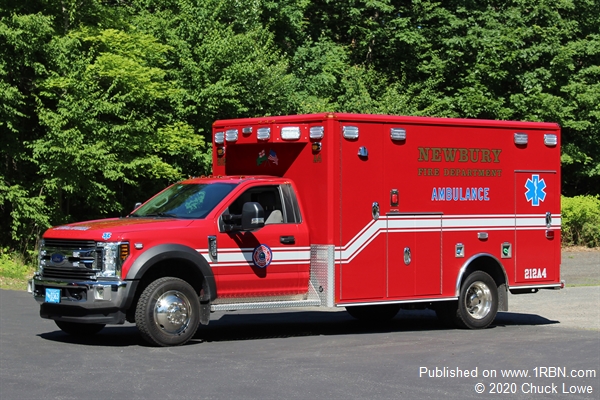 The Newbury Fire Department has placed a 2019 KME Severe Service-Tuff Truck with 103' aerial in service at the East Station. It is designated Ladder 8 as all apparatus in town are sequentially numbered. Ladder 3, the former Brookline Quint, will run out of the West Station giving the town two aerial apparatus.

At the West Station, previously the Byfield Fire Department, a 2020 KME Panther with 1000 gallons of water and 30 gallons of foam now runs as Engine 2. Also assign to this station is a recently acquired Wheeled Coach demonstrator, built on a 2018 Ford F550 4x4 chassis, for Ambulance 4. This is the first all red ambulance for the department.