A-25 of Tenafly Ambulance Corps 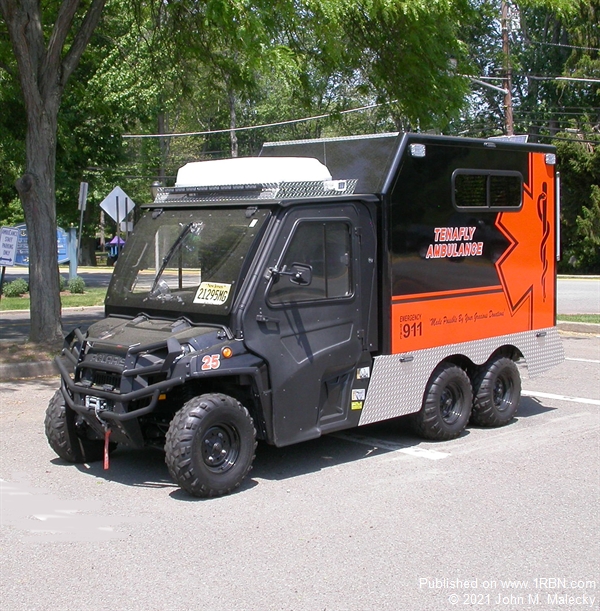 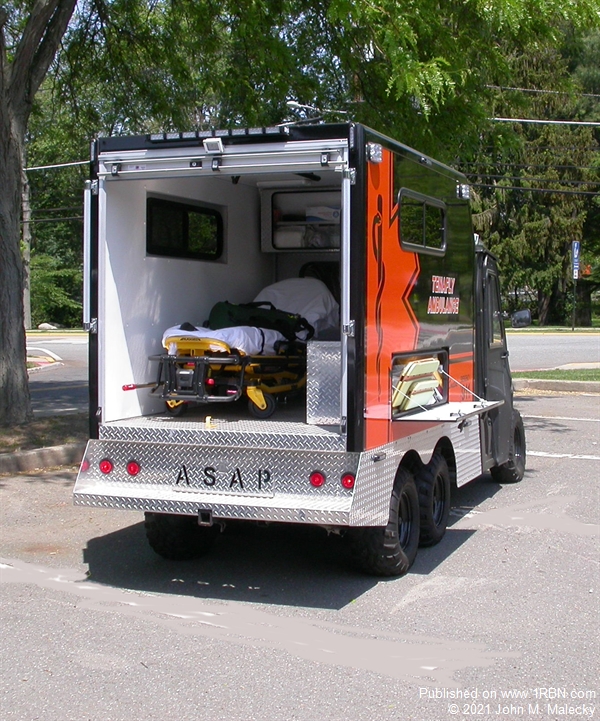 Photo by John M. MaleckyRear of Tenafly's A-25 shows Stryker cot and part of squad bench.

A-25 of the Tenafly Volunteer Ambulance Corps., (Bergen County), is this 2014 ASAP Medstat 500, 6x6 mini ambulance. These ambulances are designed to negotiate rough terrain where a full size ambulance would either not be able to get in, or would risk serious damage in doing so. They are also used in congested areas such as at events with crowds and places of limited access. The idea is to remove a patient and bring them to a waiting ambulance for further transport to a hospital. This unit has an 870 cc Polaris engine. It can fit two patients (one on a cot and the other on a squad bench) along with an attendant in the rear. The rear also has overhead storage toward the front for medical supplies and below it has storage for three size “D" oxygen cylinders and three boxes of disposable gloves. On the right exterior wall is an exterior compartment with immobilization equipment. It carries an AED, has a 2800 watt Onan generator and a 4500-pound front winch. It is painted Tenafly’s colors which are orange and black.