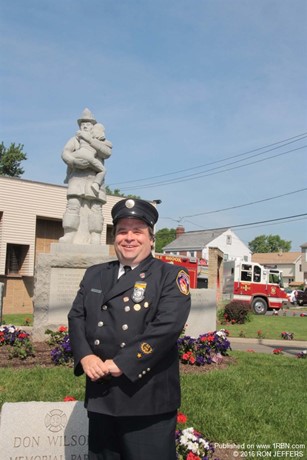 "Damien Danis has been a correspondent for the NJ edition of 1st Responder Newspaper since our very first issue in 1993. He has been a member of the Saddle Brook Fire Department for 25-years, holding the positions of Chief Engineer, Lieutenant and Captain and currently holds the position of Engineer once again. He has been a member of three truck committees and was also Co-Chairman of the department's 100th Anniversary Parade. Damien said, "I have also had the honor of holding the position of President for the New Jersey Metro Fire Photographers Association for three terms."