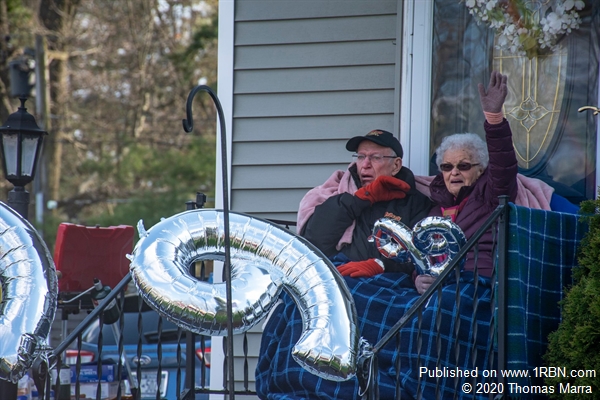 Photo by Thomas MarraThe 99 y/o was brought to tears as he heard the sirens and saw the parade coming down the road. 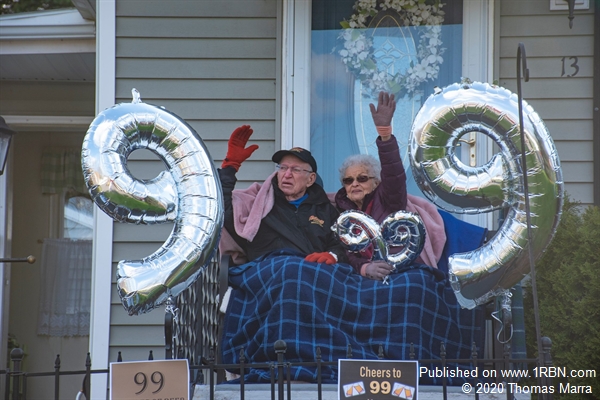 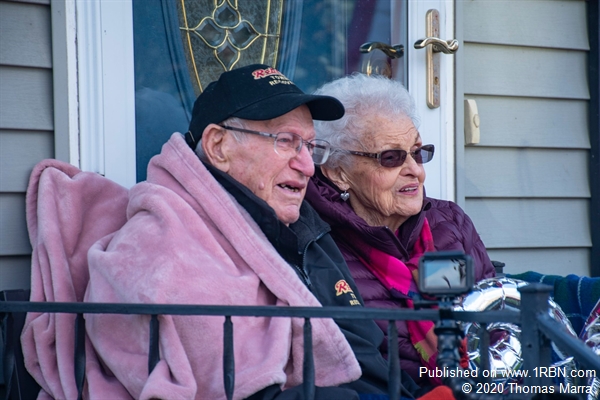 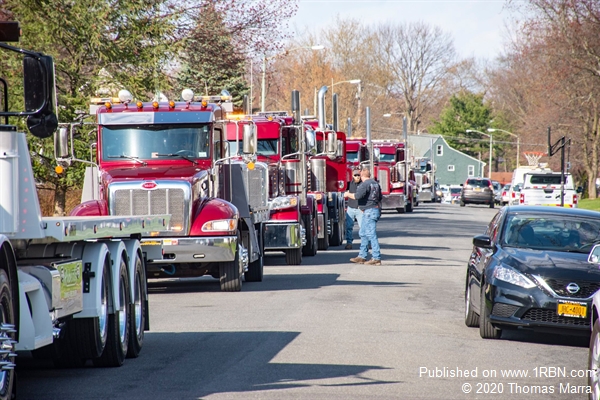 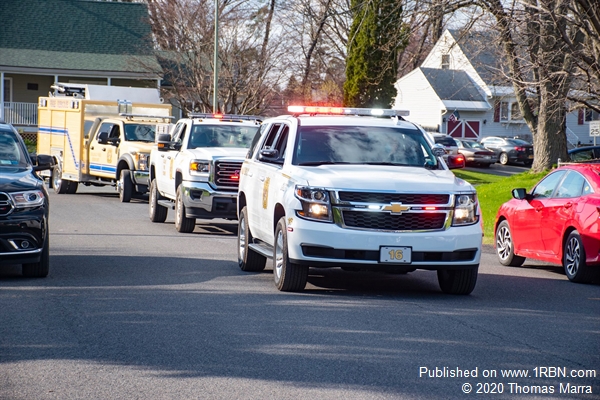 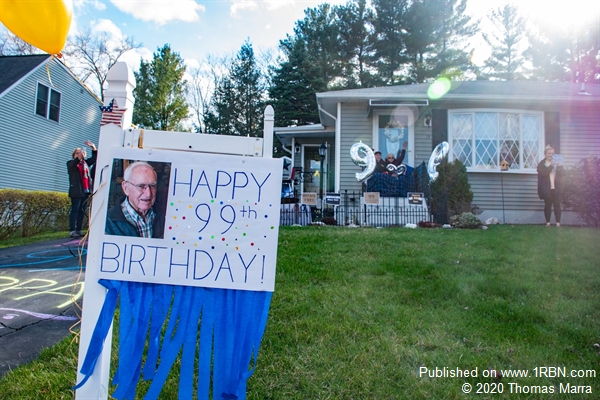 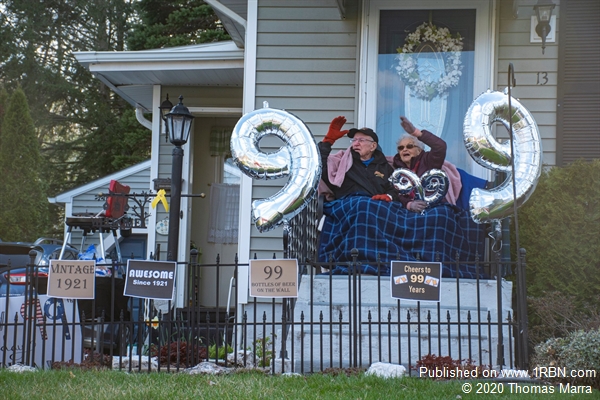 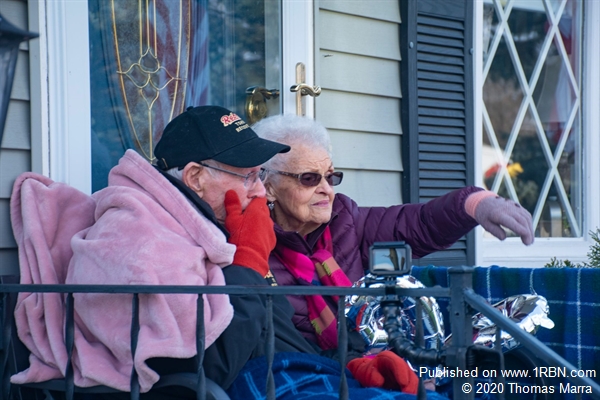 A local WWII veteran received a parade in front of his Colonie home for his 99th birthday on Wednesday, April 15.

Dave says the couple has been married since 1946 and they moved to Colonie from Albany in 1957 when the Northway and Wolf Road didn't exist and when Central Avenue was just a dirt road.

With the outbreak of COVID-19, the family had to have a different way to celebrate the birthday with him.

A parade was led down the road past his Sharon Drive home in Colonie by the Colonie Fire Department, Albany County Sheriff's Departments, and a fleet of 13 trucks from Robert's Towing.

Edward sat on his front doorstep with his wife Dorothy as they watched the parade go by.

He was brought to tears as soon as he heard the sirens and saw the vehicles coming down the road as his family members waved to him from the vehicles.

After the parade everyone parked the trucks and sang Happy Birthday from the front lawn of his home.

He was overwhelmed with emotion by this surprise birthday parade for his 99th birthday.