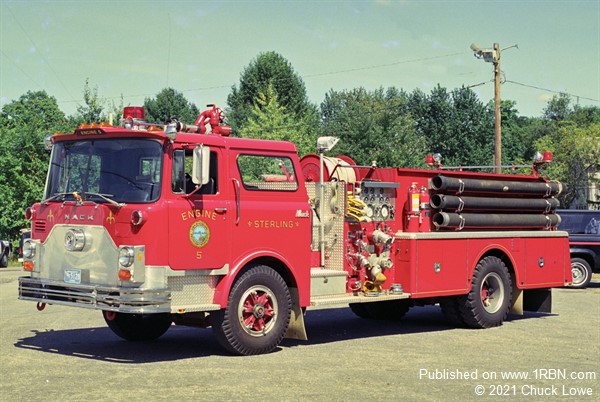 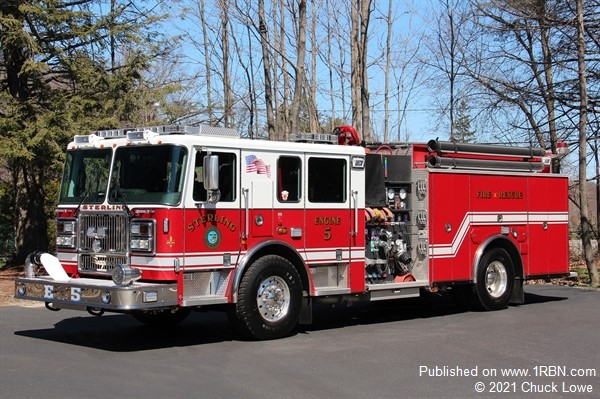 Sterling once operated this 1980 Mack CF600 1500/1000 as Engine 5. Later in its career it was refurbished to extend the life of the apparatus. That overhaul included a 4-door enclosed cab and a white roof. The current Engine 5 is a 2015 Seagrave Marauder II that has the same sized water tank, and pumping capacity, as the earlier Mack.