Photo by Dave Butcher/Engine 72 PhotographySugarloaf Fire Company Station located at 95 West County Road. Operating out of their station is Engine's 12 and 13, Rescue 177, Squad 177, Tanker 177, and Ambulances 577 A1 and 577 A2. The Station has 6 bays, 2 offices, storage, a lounge, a hall for rentals, kitchen, and bathroom facilities. 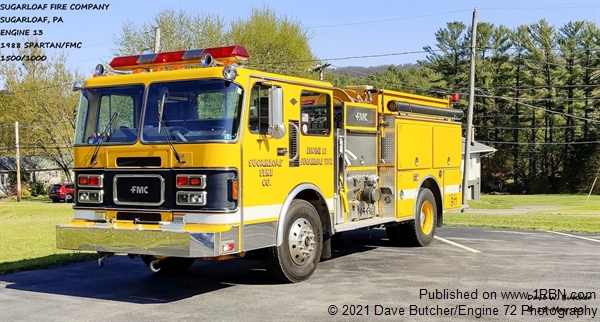 Photo by Dave Butcher/Engine 72 PhotographyRescue 177 is the newest rig in the Companies Arsenal. It is a 2017 KME Heavy Rescue with seating for 8 firefighters and has a full compliment of Hurst Tools that are per-connected.

Photo by Dave Butcher/Engine 72 PhotographySquad 177 is a 2008 Ford F550 with a 300 gallon tank on a skid load. It responds on all minor Auto Accidents, Brush Fires, and medical assist calls. 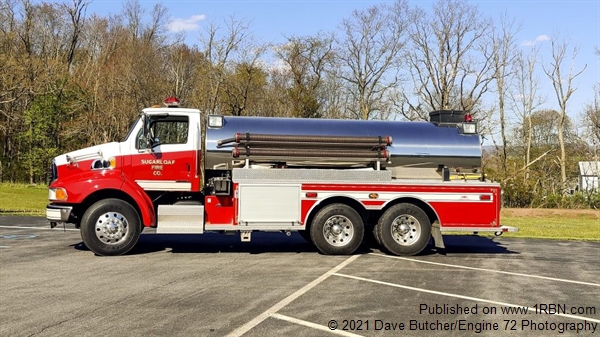 The Sugarloaf Fire Company was established in January 1946 after a group of concerned citizens got together and formed the company. At the time the company purchased one engine and responded out of the City Municipal building. The Companies siren was originally on the Farmers Exchange building, which is now the Valley Lanes Building. For many years they had to purchase equipment based on the size of the building that they were responding out of.

That changed in the early 2000’s when a fire company member bought a farm and offered the company land to build the new station on. Finally the Company could buy a rig that was what they needed not what would fit in the barn.

The department’s Heavy Rescue is Rescue 177 and is the newest rig in the Department. It is a 2017 KME Heavy Rescue and has seating for 8. Rescue 177 responds to all accidents in their district on the interstate.

Squad 177 is a 2008 Ford F550 Double Cab with seating for 4 or 5. It responds on all minor Auto Accidents, Medical Assist Calls, Brush Fires, and has a skid unit with a 300-gallon water tank.

Tanker 177 is a 2008 Sterling/Midwest 3000-gallon tanker with a 500 GPM pump and a 200-foot speed-lay
.
The Company also operates two ambulances out of the station. The fire company merged with Valley Ambulance in 2008 as a cost-effective solution. At this time the Fire Company operates Paid EMS Units Monday through Friday from 7 am to 7 pm. They are currently hiring for more EMS Personnel and are looking at adding more shifts in the future.

One interesting note about Sugarloaf Fire Company is that they are the only fire company in the area besides Harwood Fire Company that does not have a ladder truck.