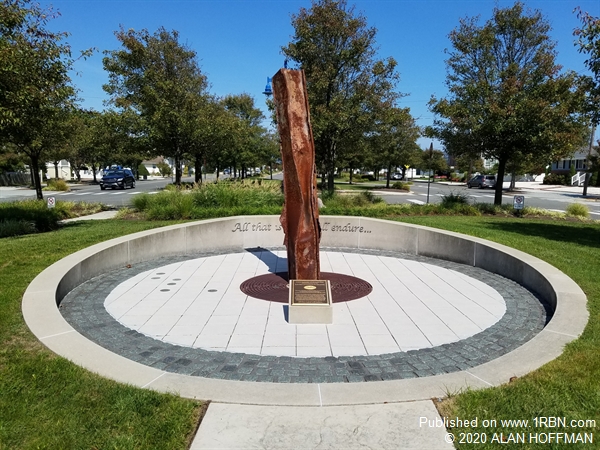 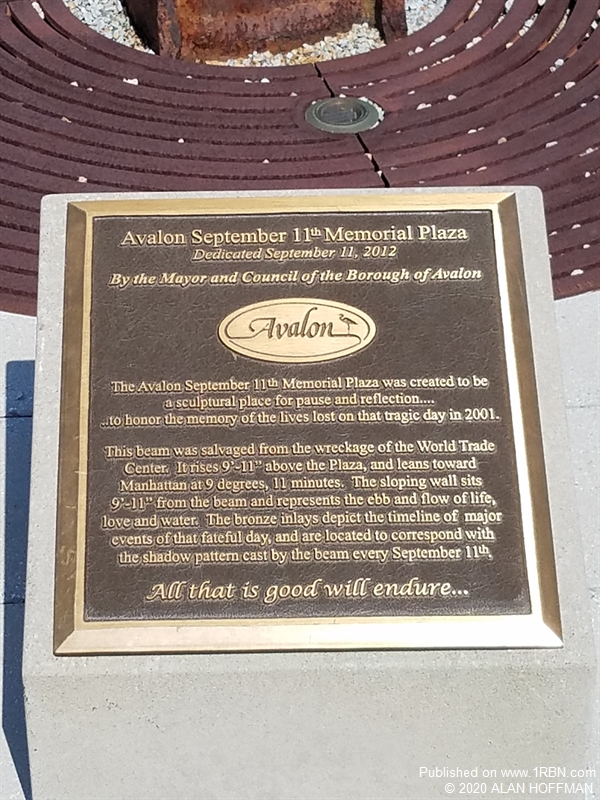 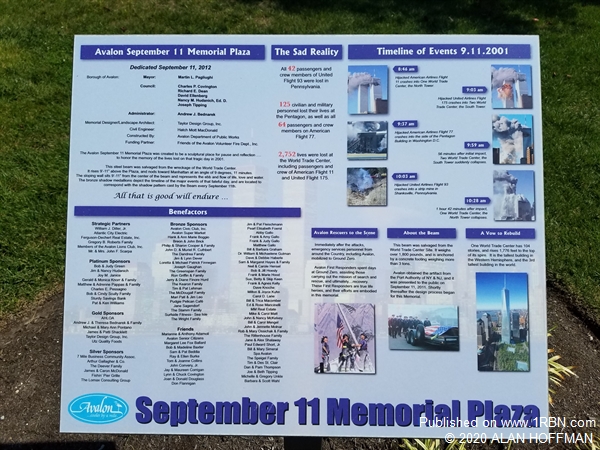 By the Mayor and Council of the Borough of Avalon

… to honor the memory of the lives lost on that tragic day in 2001.This beam was salvaged from the wreckage of the World Trade Center. It rises 9’-11’’ above the Plaza, and leans towards Manhattan at 9 degrees, 11 minutes. The sloping wall sits 9’-11’ from the beam and represents the ebb of flow of life, love and water. The bronze inlays depict the timeline of major events of that fateful day, and are located to correspond with the shadow pattern cast by the beam every September 11th,

All that is good will endure …