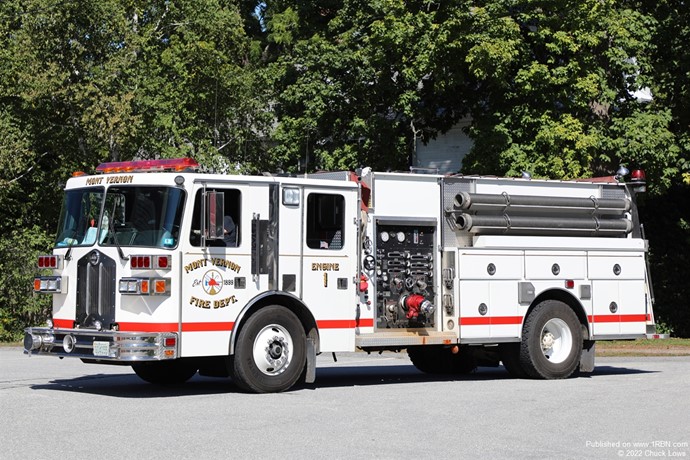 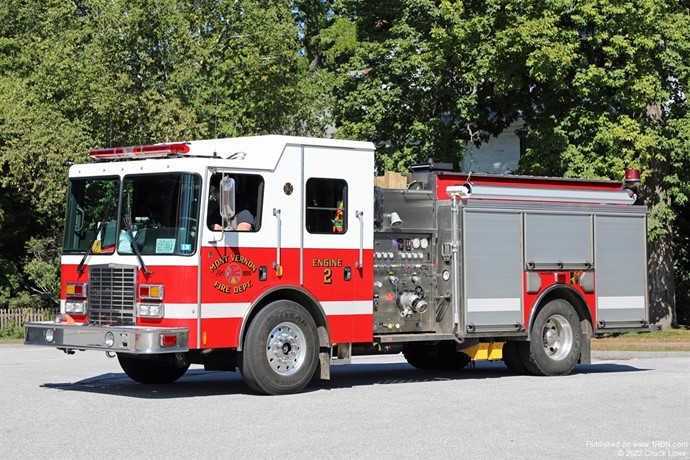 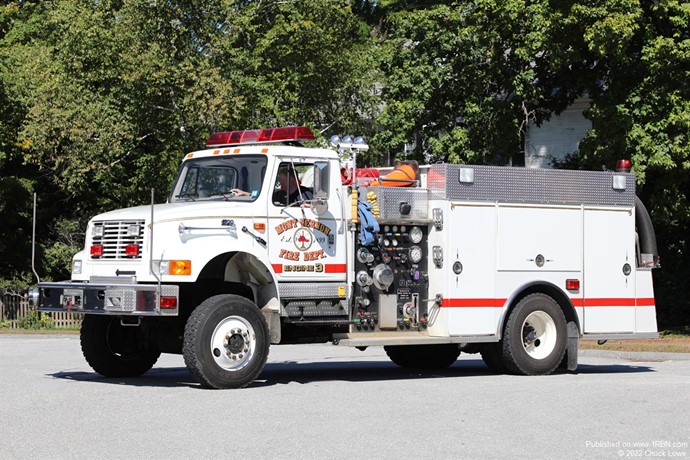 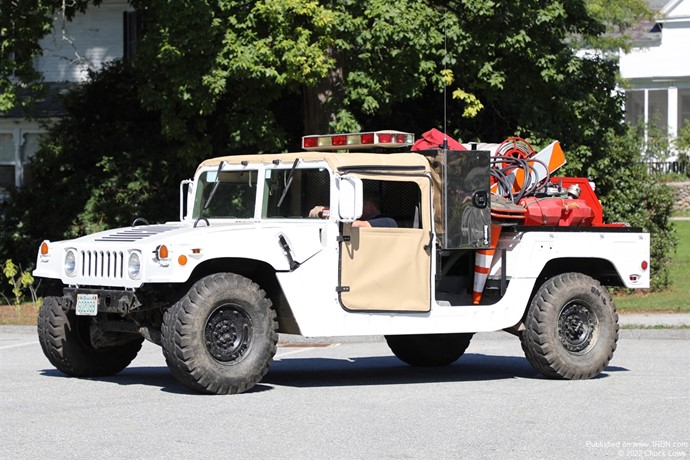 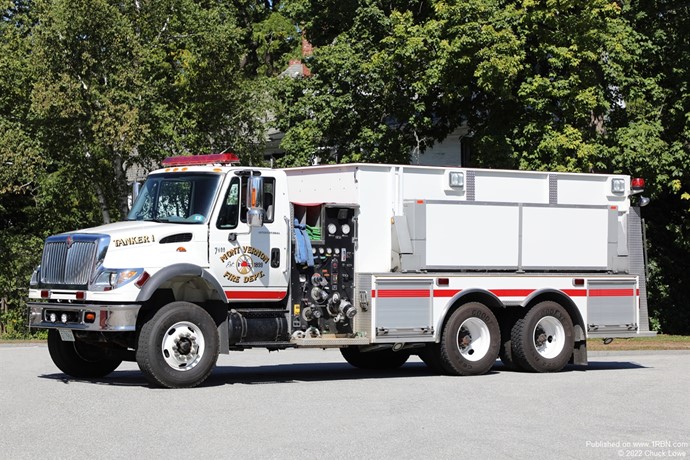 Mont Vernon is located in the hills of south-central New Hampshire, to the northwest of Nashua. The town possesses rural New England character within proximity to both professional and recreational activities. The population is around 2,584 according to the 2020 census.

This call department operates, under the command of Chief Jay S. Wilson, out of a single station located at 1 North Main Street. The modern five-bay facility was opened in 2010.

MFD operates a “mostly white” fleet of three engines, two brush trucks*, and a tanker. Engine 2 was purchased as a demo that was already white-over-red. Repainting it to the town’s color scheme was not financially responsible. They are currently working to replace their oldest engine. Members are hoping it will be approved by the town and arrive with all white paint.

MVFD, along with the towns of Milford & Wilton, are dispatched by the “MACC base located in Milford. The department is also part of the Souhegan Mutual Aid Association which includes 20 towns and the city of Nashua. All Mont Vernon apparatus carry the number “21” to be easily identified on multi-department responses. Amherst EMS is contracted to provide ambulance service to the town.